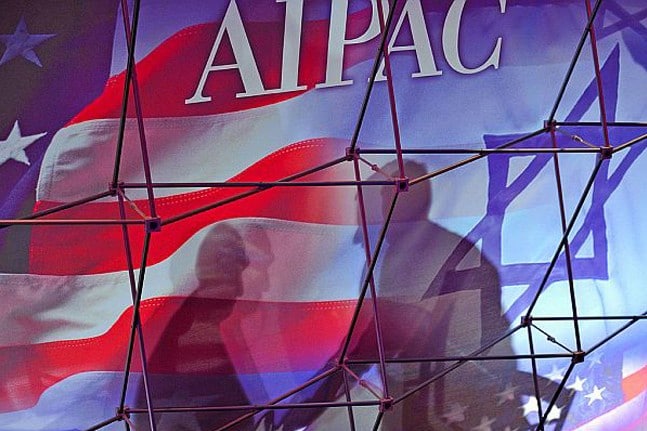 “Israel Is Not Alone” member knocks phone out of my hand

We had just completed a CNI press briefing at the National Press Club, when the next group scheduled to use the room, “Israel Is Not Alone,” began to enter. One of their members saw our signs and began a discussion with a member of the CNI group. The conversation was heated but within appropriate bounds. Another “Israel Is Not Alone” member, however, then approached the CNI man in a somewhat threatening posture and loudly began to berate him.

At that point Lt. Col Karen Kwiatkowski, who had spoken on our panel, thought she recognized the man and he was asked his name. At first he only gave his first name, Jerry, but eventually also gave his last name: Boykin.

For some reason, I actually thought I might be able to convince him to rethink his positions. I told him I had been born at West Point and tried to tell him about Palestine. I was holding a booklet from our press conference, and asked him fervently to read it. He didn’t say anything.

As I was trying to describe the facts, another man came up and began haranguing me. He was almost shaking with fury. He yelled that Muslims tear the fingernails off Christians and similar things. I tried to answer him, but he shouted over everything I tried to say. I got my phone out and tried to video what he was yelling at me. I then tried to resume my conversation with Boykin and tell him about my first trip to Palestine, but the man continued shouting at me, drowning out my words, so I again tried to video what he was yelling at me. He suddenly violently hit my hand and phone, knocking the phone across the room.

I was stunned. A bit shaken, I asked someone to get security, which they did. Some of the “Israel Is Not Alone” group, probably realizing that their member had just crossed a serious line and was guilty of battery, brought me the pieces of my phone (fortunately, and surprisingly, it still works). The man (I haven’t yet learned his name) proffered an unconvincing apology.

Some people have suggested that I file charges. It turns out that a Press TV crew apparently filmed the whole incident and led off with part of it on their broadcast about our conference. You can see the video and news report here.

I’m undecided about filing charges. I know that if the situation were reversed, they would do so.

I don’t know what’s behind this angry, disturbed man. Was he angry because he was spreading such venemous lies? Or is it that the people behind “Israel Is Not Alone” are exploiting a vulnerable man and intentionally creating or fueling his rage?

Alison Weir is President, Council for the National Interest Foundation (CNIF). CNI seeks to encourage and promote a U.S. foreign policy in the Middle East that is consistent with American values, protects our national interests, and contributes to a just solution of the Arab-Israeli conflict. It is CNI’s goal to restore a political environment in America in which voters and their elected officials are free from the undue influence and pressure of foreign countries and their partisans.

The Council for the National Interest Foundation (CNIF) is an independent 501(c)3 non-profit organization that provides information and analysis on the Middle East, its relationship to the United States, and about policy formation regarding this region. Its primary focus is on Israel-Palestine.