Home Veterans 400,000 Calls to Veterans Suicide Prevention Hotline and No One Asks Why? 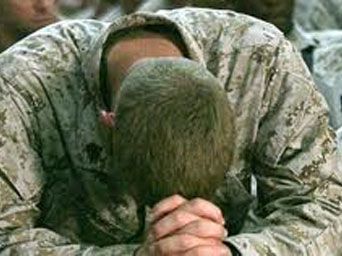 A record number of call to Veterans Suicide Prevention Hotline and no one asks why?  How is this possible?

“Every day last month, more than 400 calls were received,” said Sen. Patty Murray, D-Wash., the Senate Veterans Affairs Committee chairwoman who disclosed the call volume during a Wednesday hearing. “While it is heartening to know that these calls for help are being answered, it is a sad sign of desperation and difficulties our veterans face that there are so many in need of a lifeline.”

The hotline, established in 2007, is a suicide prevention and crisis counseling program available 24 hours a day, seven days a week. The number is 800-273-8255.

Antonette Zeiss, VA’s chief mental health officer, said that since the 2007 launch, the call center has received more than 400,000 calls, referred 55,000 veterans to local suicide prevention coordinators for same-day or next-day help and initiated 15,000 “rescues” of callers near suicide.

15,000 rescues but they also report 400,000 calls? And no reporter is even asking why? How long does this have to go on before they finally begin to wonder what the VA and the DOD has been doing while the numbers get worse?

All this does is prove one more time that when it comes to taking care of the when they come home, we are great at military funerals but lousy at keeping them alive.

UPDATE
What makes all this worse is what a news station did to a very important report.

Preventing Suicides In The USMC

Marines and Sailors from Camp Lejeune and Cherry Point heard from speakers Wednesday about how to face personal issues after war.
Posted: 9:35 PM May 25, 2011
Reporter: Dave Jordan

Marines and Sailors from Camp Lejeune and Cherry Point heard from speakers Wednesday about how to face personal issues after war.

Organizers say that 97-percent of the service members that sit through the program say it’s helpful.

Preventing Suicides In The USMC?
Don’t bother looking for more on this report but there is the link to the video. My rule is to always post just a paragraph or two to honor the work of the reporter and take you to the article so they get credit for the work they do. We need reporters covering all of these stories so if we do not go to the links, the producers and editors won’t know they matter. In this case, the coverage was so lacking, what you see above is the whole thing. That’s it!

WITN producers did the Marines and their families a huge injustice on this. Why did they bother to send a reporter at all to cover this? How can a story talking about the heartbreak of 10 families of the suspected suicides and 66 Marines suffering so much they tried to end their own lives end up being so unworthy of a full report?

HICKORY’S NEW CHIEF OF POLICE TO BE SWORN IN ON AUG. 1

US Fed News Service, Including US State News July 31, 2007 The city of Hickory issued the following press release:

Hickory’s next Chief of Police Tom Adkins will be sworn into office on Wednesday, August 1, 2007 at 3 p.m. at the Julian G. Whitener Municipal Building in City Council Chambers.

“I am excited about Chief Adkins’ assuming his new role as Chief of Police and I look forward to him leading our excellent police department into the future,” said Berry. “He has the values, experience, and vision to lead the outstanding officers and staff of the Hickory Police Department in protecting the residents, businesses and visitors of our fine City.” Berry also said that Maj. Adkins has the vision to adapt to the changing faces and languages of our community as Hickory is projected to continue to grow in population and diversity. see here fort jackson sc

“I am humbled and excited to serve the citizens in this community as the Chief of Police,” said Maj. Adkins. “I want to continue to build on the strong foundation of community policing that Chief Lucas has implemented over his tenure as Chief of Police.” “I believe that we have a very dedicated group of people that are committed to providing the best possible police service to their citizens,” Maj. Adkins added. “I want to continue to work with established neighborhood groups and seek additional partnerships within our city to strengthen our community.” Adkins has 23 years of experience in the public safety area and began his police career in Ohio. Adkins moved to Hickory to become a Hickory Police Officer in 1987 and has served as a Sergeant supervising a patrol unit, police honor guard, field training officer program, criminal investigations, traffic safety and other operational and support functions. One of Maj. Adkins highlights thus far in his career occurred in the early 1990s when he played an instrumental role in HPD’s implementation of city-wide community policing which began in the Ridgeview community. fortjacksonscnow.net fort jackson sc

In 2004 Adkins was promoted to Deputy Chief of Police, and he served as Acting Chief of Police May 2005 – May 2006 while Chief Lucas worked as a senior police advisor with the United Nations (UN).

Adkins is a 2001 graduate of the FBI (Federal Bureau of Investigation) National Academy in Quantico, VA and completed the United States Secret Service Dignitary Protection seminar held in Washington D.C. in 2007. He received his Bachelor of Science degree in Criminal Justice from Lees-McRae, as well as has taken graduate courses at the University of Virginia.

Since 1984, Adkins has served in the United States Army Reserve and between February 2003 – February 2004, he was mobilized for Operation “Enduring Freedom” and served at Fort Jackson, SC and retired in 2005. Adkins is married to Kathy Bailey Adkins and they have a 13-year-old son Dylan.