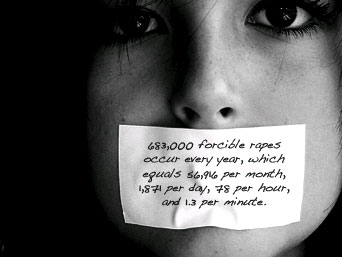 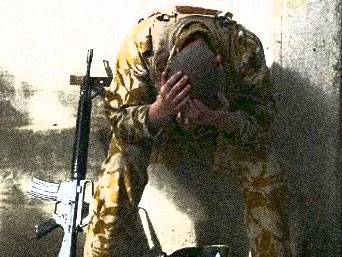 They are calling on soldiers to do the right thing and stand up faced with the increase of domestic violence and sexual attacks. This kind of crime against their own should have been stopped a long time ago but this may also be a reflection on changing attitudes among commanders. Too many reports have come out after a woman has been raped by another soldier resulting with the simple transfer of the criminal and the victim paying the price with her career.

Fort Hood Commander Lt. Gen. Donald Campbell declared Thursday Domestic Violence and Sexual Assault Stand Down Day. It was a day intended to help eliminate what the Army called “an enemy within their ranks.”

Soldiers with Fort Hood’s Headquarter Support Company, III Corps, filled the Old Post Chapel Thursday as part of the post-wide event. Lt. Gen. Campbell ordered the stand down after concerns over a recent increase in the number of reported sexual assault and domestic violence cases.

During the event, soldiers completed classes that taught specific warning signs to look out for in fellow soldiers and intervention techniques to prevent sexual assault.

“After this training, I will be more engaged to watch people to make sure that if something dramatically has changed to where they’re acting differently in a situation, I’ll be there for them, ask questions and be more involved,” Sfc Thomas Ribas said.

According to Army statistics for the 2009 fiscal year, sexual assaults comprised 67 percent of violence in the Army. Fifty-nine percent of those cases involved a soldier being assaulted by a fellow soldier.
read more here

Is this due to increased PTSD? Stress? The lack of action following the Fort Hood shootings? Or is this more everything combined with the repeated deployments? When you have such a huge increase of these attacks on one base, especially Fort Hood, we should all be concerned enough to ask what is going on and why did they wait so long to do something about it. One week in April with 2 sexual assaults and 11 cases of domestic violence? With nothing done these crimes were repeated in May! What happened in March?