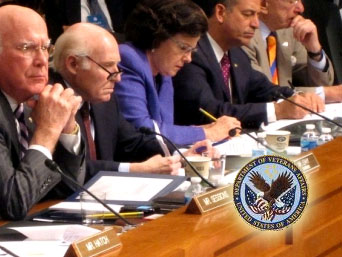 Brigadier General Allison A. Hickey, USAF (Ret.), Under Secretary for Benefits, Department of Veterans Affairs
Brigadier General Allison A. Hickey, USAF (Ret.) currently serves as an executive in Accenture’s Human Capital Management practice leading Defense and Intelligence Agencies programs. In 2007, General Hickey retired from the Air Force after 27 years of service.  Prior to her retirement, General Hickey served as the Air Force Director for Future Total Force (Total Force Integration), Assistant Director of Air Force Strategic Planning and Chief of Air Force Future Concepts and Transformation. Prior to these positions, General Hickey also served as the Chief of the National Guard Bureau Strategic Initiatives Group and the Chief of Operations for the Air National Guard Productivity and Quality Center.  She currently serves on the National Academies’ Standing Committee on Technology Insight-Gauge, Evaluate and Review; as a Trustee for the U.S. Air Force Academy Falcon Foundation, an organization committed to providing scholarships to those seeking admission to the Academy through preparatory schools; and on the Board of Advisors for Academy Women, an organization that provides mentorship to military women. General Hickey holds a M.S. in National Security Strategy from the National War College and a B.S. in Behavioral Science from the United States Air Force Academy.