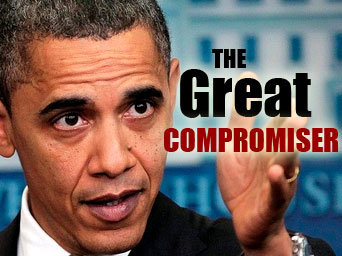 The Modi Operandi of Barack Obama and Binyamin Netanyahu

President Barak Obama is the great compromiser. For Obama, barter is so essential that he’s willing to sacrifice his integrity for compromise.  Obama is guided by beliefs like those of Israeli professor/writer  Amos Oz:

Obama’s biggest critics among once heads of state would be Margaret Thatcher who said, “If you set out to be liked, you would be prepared to compromise on anything at any time, and you would achieve nothing.”

There’s no such thing as compromise for Binyamin Netanyahu. For Netanyahu absolute security is non-negotiable. Compromise means that you don’t get everything you want; and that principle is total anathema to Netanyahu.

Obama wants desperately to be liked. He wants the Palestinians, the Arabs generally, Europeans, Latin Americans, Asians and Africans to like him.

Despite the impossible conflict, Obama wants Israelis and American Zionists to like him.

Being liked doesn’t concern or move Netanyahu. Israel’s expansion and continued occupation of Palestine do.

Netanyahu can say to the great compromiser’s face that there will be no yielding on settlements or occupation or borders or return of refugees or Palestinian statehood.

For Obama, British statesman/philosopher Edmund Burke was right when he said: “All government, indeed every human benefit and enjoyment, every virtue, and every prudent act, is founded on compromise and barter.”

In his relationships with Congress and with foreign countries, Obama models his behaviour on Governor  Donald L. Carcieri’s belief that “Healthy disagreement, debate, leading to compromise has always been the American way”. 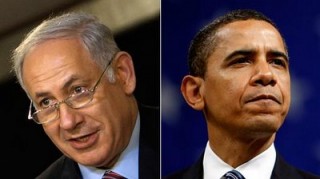 Author Robert Fritz had the prescription Netanyahu abides by: “If you limit your choices only to what seems possible or reasonable, you disconnect yourself from what you truly want, and all that is left is compromise.”

What makes Netanyahu’s position untenable? What Israelis say and what they want are totally different things. The Israelis say they want “peace” and “defensible borders”. What they truly want is permanent occupation and total exodus of the Palestinians.

Netanyahu says no to Israel’s full withdrawal to the 1967 borders; no to the division of Jerusalem; no to the right of return for Palestinian refugees; and no to a Palestinian military presence in the new state.

Netanyahu looked Obama in the eyes; and referring to his Middle East speech told him, “A peace based on illusions will crash upon the rocks of Middle Eastern reality.”

It was clear that Netanyahu was slapping Obama in the face for the whole world to see.

For years, the West has been making furtive references to the 1967 borders as the basis for Israel-Palestinian negotiation.

The Palestinians may have bought it. Israel has never had any such intention. For them, the land grab translates into permanent annexation.

According to Netanyahu, Israel simply followed in the footsteps of America’s annexation of Texas in 1845. Says Netanyahu: “If America got away with it, I can see no reason why we cannot.”

Another slap in the compromiser’s face by the dissenter. Obama could learn from Margaret Thatcher that, at times, compromise achieves nothing.