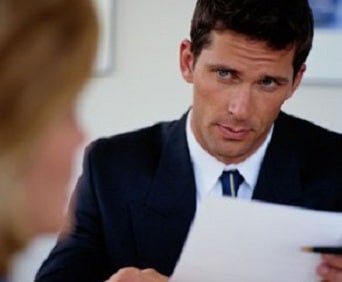 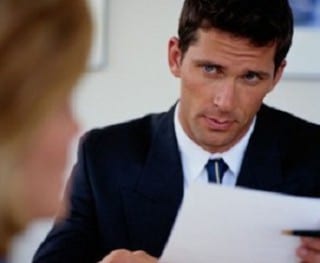 With lots of Iraq and Afghanistan veterans coming home and making the decision to get out of the military, the job market is now getting a lot of diversity of skills and experience in it. With the recent collapse of the economy a few years ago and the lagging economy that picks up speed towards recovery and instills self-confidence with the unemployed that maybe now they will be able to finally find a job, then the economy slows down once again because of rising gas prices and lagging company budgets that are still trying to catch-up to needed profits to be able to start hiring again, no one really knows how the economy and job market is going to fare in the long run.

One major fact that is now starting to get noticed and is now becoming an issue is those combat veterans that are coming home from Iraq and Afghanistan are having a very hard time finding jobs. The question that is being asked is, are employers being hesitant on hiring combat veterans because of the fear of mental problems?

The percent of veterans coming home from the wars that cannot find jobs is at a 15.2 percent unemployment level since January 2011 and that percentage has risen about 2.6 percent from January 2010. Way to high for the men and women that have served our county and given you freedom.

Yes, for those of you that have never seen the Hell of combat and have never felt what it is like to wonder from day to day if you are going to ever come home to once again hug your children or be able to tell your wife you love her one more time is living and excruciating pain on top of having to worry at anytime during the day or night if a sniper is going to take you out or if an RPG (Rocket Propelled Grenade) is going to make your wife and kids widows shakes your mind to the core. And being in long-term stress like this for even the toughest soldiers does take its toll on you. One of the toughest parts of being in combat is to watch your brothers and sisters the ones you serve with being killed or wounded. Of course for anyone going through this will eventually stand the possibility of developing emotional problems. We are all only human.

Many symptoms these veterans are facing coming home from the wars is PTSD (Post Traumatic Stress Disorder) “Nearly a third of the troops returning from Iraq and Afghanistan report symptoms of PTSD, severe depression or traumatic brain injury,” a 2008 Rand Corp study found. The U.S. Defense Department says it`s 20 percent. Burdened by these “invisible injuries,” veterans find that employers, most of whom know little about these disorders, are hesitant to hire victims of PTSD. (General Health News, 2011) 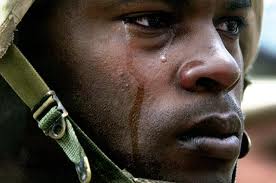 Just because these veterans may have PTSD, depression, etc…does not mean they have mental problems or are going to cost their potential employer money because they have to go to the doctor more often. What employers need to first realize is that when these men and women come home from serving, most of them if they are diagnosed with any type of disorder, depression, and especially PTSD are extensively treated. This condition is very treatable and most if not all of these veterans make it back to being their normal self once again.

The VA (Veterans Administration) makes these Veterans or any Veteran come in initially to be seen. They are screened and asked many, many questions, then evaluated. If at anytime they show signs of PTSD or anything out of the ordinary, they are immediately treated and treated until they are cured.

There are also other veterans that come home from the wars that are perfectly fine. Just because you have been in combat does not necessarily mean you automatically will develop of get PTSD or depression.

What needs to happen here is, employers need to focus on the skills and experience these men and women veterans can bring to the table and how extensively they can be an asset to any employer. I learned so much from serving both in the Army and Coast Guard and the experience and skills I learned was impeccable and has proven to be an asset to every employer I worked for since getting out of the military.

The other thing employers need to focus on when deciding to hire veterans is the discipline these men and women are taught from the first second they step off those dreaded cattle trucks coming from what would be known has military indoctrination when you first enter the military and go to your base where your basic training will be until you hit the pavement the first day of basic training as those round brown Drill Sergeants kick your behind and mold you into the best. The veterans bring huge discipline in completing any jobs and challenge they are thrown and they complete it will precise precision and a Commitment to Excellence “attitude. ”

When I was a hiring manager at some of my past jobs, I would hire a veteran over anyone else because of these skills; yes I am also a veteran and ex-military but I hired these men and women because of what they could bring to our company.

Employers need to realize that any veteran is a huge asset to them not a liability. With this said, the VA is now educating employers about PTSD and depression in combat veterans. This is something that continuously needs to happen and be evaluated as the changing workforce continues to grow with more and more veterans coming home.

Civilian Hiring Managers need to keep taking advantage of the many programs about combat veterans being offered through the VA both online and in person. There is lots of valuable information being offered and this information will give more insight to employers on PTSD and depression and would create more understanding.

Just remember, these men and women have sacrificed so much, their families have gone through a lot, at the very least employers can take the time to try to get more education about combat veterans and the realities of depression and PTSD. I think in the long run these employers will be glad they did when they realize what veterans can bring to them as one of their employees.

If you know someone any Veterans that are currently unemployed, then please have them visit Hire Veterans.  Hire Veterans currently has over 11,000 active jobs online which need to be filled immediately.  These jobs are all posted from equal opportunity employers, and many are from Service Disabled Veteran Owned Business’s.

If you are a potential employer looking to Hire Veterans,  please contact our recruiting consultant John Vogel directly at [email protected]