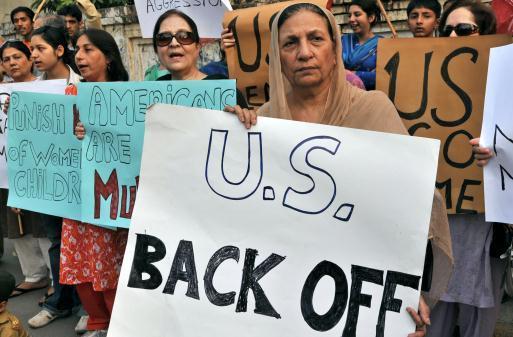 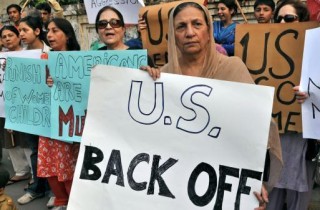 Development strategy needs a revisit by all stake holders

The complicated US/PAK relationship moves on a thin rope of mistrust but both know that loosing each other close to exit timings from Afghanistan can cost them and this region heavily.

The ground realities show a visible improvement on ground in NWA of Pak. However the international media and few groups in Pak media still keep on projecting a dismal picture for their own agendas. I intend reproducing some of the facts to prove my point from the existing ground realities. An article “Pakistan Leaps Towards Bright Future” tells that the arrest and killing of hundreds of suspected TTP militants, improved policing in KP, stepped-up air strikes in North Waziristan and pressure on Taliban hideouts in Orakzai and South Waziristan helped drain militant strength, The neutralization of suicide bombing ability of the militants gave the security forces an added edge to wipe out the remaining Taliban….…Decrease in terrorist attacks throughout the country and on law-enforcing agencies is a visible sign of improving law situation…. A  security report from the Pak Institute for Peace Studies (PIPS) said the number of violent incidents and terror attacks in Pakistan fell by 11 per cent during 2010, compared to 2009. The number of suicide attacks fell by 22 per cent to 68 in 2010, compared with 87 last year. For details read here.

Another article “ Flurry of officials startles many in N. Waziristan”  conveys the message that situation in NWA was quite normal and residents were living peacefully. Political Agent Yahya Khan Akhunzada along with Brigadier Azam Tareen and officials of different departments visited Miramshah, Mirali and several main villages and participated in the functions held to inaugurate development programmes in the areas.

During the past couple of years, officials of political administration had confined themselves to their offices and avoided visiting public places owing to insecurity. The political agent himself could not travel by road since militancy plagued the agency. For more read here.

To reap the fruit of better security environment due to military operations. The most important thing is provision of economic and financial stability to the residents of area.

A recent report  Beyond Bullets and Bombs” of Center For Global Development published in June 2011 is about  US Development Strategy in Pakistan and tells that how US can improve the planning and implementation of its development program which is not yet on a clear or steady course; and what substantive elements could contribute to  a strong US Development Strategy in Pakistan.  While explaining Why and Why now strong US Development Strategy is required the report says: “Weak political institutions, lackluster growth, poor education and job opportunities for a huge and growing youth population, and a profound sense of injustice among the Pakistani people put at risk the legitimacy of the democratic government and undermine its ability to combat extremism and terrorism. At the same time, Pakistan is not Yemen or Somalia; from a development perspective, it is not Afghanistan either. Pakistan has a large middle class, an active and engaged civil society, a free press, and a fledgling civilian government that is aking some progress strengthening democratic institutions. The U.S. interest in Pakistan justifies a reasonable effort to help that country exploit its economic and social assets to build a capable, democratic state.

The report urges that administration officials and Congress to display humility, patience, and clarity of mission, and we make five procedural recommendations to get the U.S. development program on track:

1. Clarify the mission: separate the Pakistan development program from the Afghanistan program and from the Pakistan security program.

2. Name a leader: put one person in charge of the development program in

Washington and in Islamabad.

3. Say what you are doing: set up a website with regularly updated data on it.

U.S. aid commitments and disbursements in Pakistan by project, place, and recipient.

5. Measure what matters: track not just the outputs of U.S. aid projects but

The ingredients of success in Pakistan are threefold: a stable and capable state able to deliver justice and meet the basic needs of its citizens, a strong private sector able to provide jobs to Pakistan’s growing population and revenues to the government, and a healthy civil society able to play its rightful role in the democratic process. These three ingredients are what Pakistan needs to achieve the fundamental goal of development—the slow, painstaking transformation of poorly functioning states and societies into ones that function well.

The report indicates: Two years later, the U.S. development program in Pakistan is not yet on course. There has been little serious attention paid to the potential for U.S. trade and investment policy to spur growth and create jobs in Pakistan. Meanwhile, the aid program has not yet delivered. Observers in Pakistan and in Washington identify the same set of weaknesses in its design and implementation. No one is sure what the United States is trying to accomplish in the development space. Because of a debilitating lack of transparency in the aid program, no one is even sure what the United States is doing. With an approach to foreign policy in Washington that emphasizes integrating development and diplomacy, lines of authority over planning and implementing development policy are blurred. Long-term and short-term objectives compete for the same resources, and suspicion abounds in Pakistan that the United States’ aid spending is driven more by security concerns and objectives than by development best practice. On the ground in Pakistan, an aid mission already asked to instantly scale up its operations is hampered by shifting (and often conflicting)  instructions from Washington and by burdensome oversight and bureaucracy that limit flexibility, innovation, and risk taking. For Complete report visit here.

White Paper of the Interagency Policy Group’s Report on U.S. Policy toward Afghanistan and Pakistan, March 2009 states that “Achieving our core goal requires, first of all, realistic and achievable objectives. These include: Assisting efforts to enhance civilian control and stable constitutional government in Pakistan and a vibrant economy that provides opportunity for the people of Pakistan.”

The media intentionally portraying one side of the picture which maligns Pak and its security forces on financial issues and asks them to do more but it never asks what international community has done. The promised foreign aid is not coming and the one which is coming is being delivered in bits and pieces and due to which no worthwhile economic project could take off. Our own media quoted economic aid figures wrongly saying that in last 11 years we have got 20 billion USD from US, 14 billion USD for military and 6 billion USD for civilians which is not true as according to Pak official budget now being discussed in assembly discloses that from Oct 2001 to June 2010 US aid received is total of 8.8 billion out of which army says it got 1.9 billion USD. Mind boggling facts given by media analysts raises questions about their loyalty and authenticity.

Mullen stated that Pakistan Army will start operation in North Waziristan Agency within a month where as senior most commander of Gen Kayani operating in FATA stated that “There is no plan to launch operation.” The complicated US/PAK relationship moves on a thin rope of mistrust but both know that loosing each other close to exit timings from Afghanistan can cost them and this region heavily. For a person looking at ungoverned areas of Pak there is a certain ray of hope however development strategy needs a revisit by all stake holders.