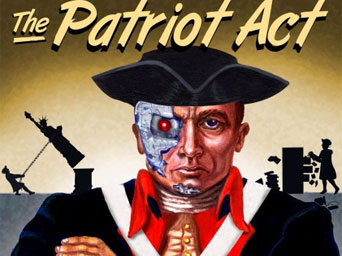 NOTE OF DISTINCTION:  The author, Susan Lindauer, is a former asset covering Iraq and Libya and the second non-Arab American Indicted on the Patriot Act 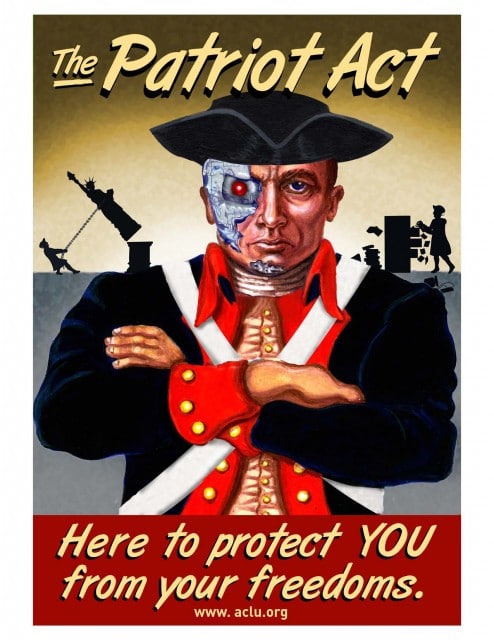 No great civilization is ever destroyed from without, or conquered by external forces, until it first destroys itself from within. America’s leaders should have thought long and hard about that before voting to extend the Patriot Act last week.

Unhappily it’s official. We the People are the enemy. We have dared to prod and examine government policy too closely. We have questioned government leadership when we should rightly have obeyed without challenge. Some of us have exposed wrongful government practices and deceptions, expecting to hold Congress and White House leaders accountable to voters. Foolish us!

Last week Congress set the record straight. Breaking campaign promises to defeat the Patriot Act, Congress blocked hearings and debate on amendments that would fix problems in surveillance rules, and rammed a four year extension on the American People. Only 31 Republicans and 122 Democrats voted against the Patriot Act in the House.

It’s no exaggeration, unfortunately, that the Patriot Act is more dangerous to our way of life than any foreign enemy.

Most ominously, entire sections of the Patriot Act are verbatim and identical to two of the most frightening laws in World History:

According to history buff, Alan Batterman, the German word for “Gestapo” is an acronym of GEheim STAdt POlezi.

Unhappily, for free thinking Americans, Batterman’s analysis is correct. Paragraph for paragraph, clause for clause, laws establishing fascist control over the Soviet Union and Nazi Germany are replicated in the Patriot Act today.

Like the iron fist of the Nazis and Communists, Americans must submit to “roving surveillance” and warrantless searches, without the requirement of a Judge’s authorization. Surveillance laws are part of a larger arsenal of weapons against political dissidents and whistle blowers. Most Americans don’t know the Patriot Act authorizes secret charges relying on secret evidence and secret grand jury statements. Under the Patriot Act, Americans have no right to know who has accused them of what criminal activities, or the dates of the alleged offense. They’re not even told what law was broken. The government has power to lock up Americans on military bases or other prisons without a hearing or trial. We can be detained indefinitely without any rights of due process at all.

Perhaps it’s fitting, therefore, that Nazi Leader, Herman Goering, should explain the New America to us, as we tread into this new age so dangerous to freedom:

“Voice or no voice, the people can always be brought to the bidding of the leaders. That is easy enough. All you have to do is tell them they are being attacked, and denounce the pacifists for lack of patriotism and exposing the country to danger. It works the same in any country.”

Think it won’t come to that? It won’t happen? It already has.

That’s what they did to me—not because I plotted some terrorist conspiracy, but because I opposed the Iraqi War.

Come to discover the Patriot Act has proven most valuable for legalizing government deceptions. When the government desires to hide from the people, the Patriot Act provides a framework for arresting those who know too much of the truth, and might expose government fraud and corruption. Leaders are thus protected from the consequences of their decision-making. 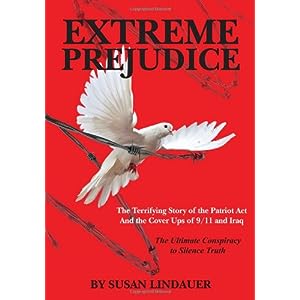 That’s what motivated the attack against me. In January, 2003, I took two actions that would perplex the Courts for five years, through two Presidential elections. First, in a warm hearted letter, I warned White House Chief of Staff Andrew Card, my second cousin, that War in Iraq would result in a catastrophic Occupation. Secondly, a week before his big speech at the United Nations, I told Secretary of State Colin Powell that, as the Asset who handled preliminary talks on resuming the weapons inspections with senior Iraqi diplomats, I considered it most unlikely that Iraq possessed WMDs.

Worst of all, I told Secretary Powell that a comprehensive peace framework with Iraq, hammered out by the CIA, could accomplish all U.S. objectives, including democratic reforms, without sacrificing the life of a single American soldier or Iraqi child.

That was enough to make me Public Enemy Number One.

Think about it. What if the American people had learned that every goal could have been achieved in Iraq without sacrifice? A lot of White House officials and members of Congress (in both parties) would be out of a job.

Ah, now you see, those are the Americans who count under the Patriot Act! The law exists to protect the power access of the elite. My arrest coincided with a White House decision to blame the unpopular war on “incompetent” Intelligence Assets. Congress liked that story. They liked it very much. It kept them employed. And so I got arrested, accused of “incompetence” myself, and thrown in prison for a year, while the Justice Department argued for the right to detain me indefinitely.

Mercifully, Judge Michael Mukasey refused. But for one horrified Judge I would still be locked in prison on Carswell Air Force Base.

During the five years of my indictment, Congress complained bitterly that Assets like myself had not come forward to correct mistakes in the assumptions of their war planning. Both Party leaderships scorned the Intelligence Community. They actively deceived Americans and the International Community. But so long as I was tied up on the Patriot Act, they were free to invent any story they wanted. That’s exactly what they did.

The enemies of freedom won this round. They beat us.. But Americans must understand that we cannot give up this fight to stop the Patriot Act. It cannot be over.

Yes, it’s Nazi Germany in the 1930s. They’re getting everything in place — They’re testing the waters with a few scattered arrests of activists and troublesome truth tellers here and there. Nobody has really protested, right? So far so good. It’s all in the open for anybody paying attention, but if you complain, they say you’re paranoid.

The fight is on! Congress might hope this is over, and we’ll “get over it.” But the threat to our freedom is so extreme that we must now wake out of our drifting slumber. These Tea Partiers promised to defend freedom. They championed the Constitution when it was politically convenient, and abandoned the Constitution when they no longer needed public support to get elected.

Enough of us are vigilant that we can stop them— even now. Really, this is a fight that we cannot lose. What Congress has forgot, we must remember. No great civilization is destroyed by external forces, until it first destroys itself.

About the Author:  Susan Lindauer is the author of Extreme Prejudice: The Terrifying Story of the Patriot Act and the Cover Ups of 9/11 and Iraq.

USAREUR Soldiers are required to complete the on-line Global Assessment Tool, one component of the Army’s Comprehensive Soldier Fitness program that was established in October 2008 as a proactive way to help Soldiers deal with the stress of military service in an era of persistent conflict.

The GAT, an online survey developed by subject matter experts from U.S. military and civilian universities, contains a series of questions focusing on the four dimensions of emotional, spiritual, social, and family fitness. The GAT was adapted from a civilian program designed for teachers that was reworked to meet the experiences and needs of the military community. It is not a diagnostic tool, but rather a way for a person to visualize performance growth based on changes in training, experience and maturity, according to CSF program officials. here global assessment tool