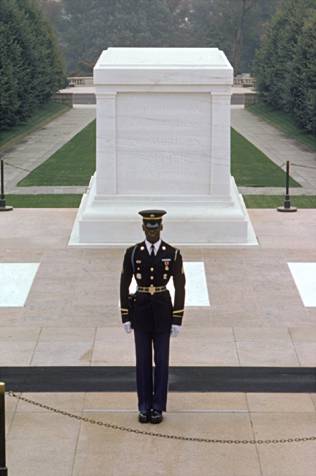 The Department of Defense POW/Missing Personnel Office (DPMO) announced today that the remains of a serviceman, missing in action from the Vietnam War, have been identified and will be returned to his family for burial with full military honors.

Air Force Capt. Darrell J. Spinler of Browns Valley, Minn., will be buried on June 18 near his hometown.  On June 21, 1967, Spinler was aboard an A-1E Skyraider aircraft attacking enemy targets along the Xekong River in Laos when villagers reported hearing an explosion before his aircraft crashed.  The pilot of another A-1E remained in the area for more than two hours but saw no sign of Spinler.

In 1993, a joint U.S.-Laos People’s Democratic Republic team, led by Joint POW/MIA Accounting Command (JPAC), interviewed villagers who witnessed the crash.  They claimed Spinler’s body was on the river bank after the crash but likely washed away during the ensuing rainy season.  The team surveyed the location and found wreckage consistent with Spinler’s aircraft.

In 1995, the U.S. government evaluated Spinler’s case and determined his remains unrecoverable based on witness statements and available evidence.  Teams working in the area revisited the location in 1999 and 2003 and confirmed Spinler’s remains had likely been carried away by the Xekong River.  However, in 2010, JPAC conducted a full excavation of the location and recovered aircraft wreckage, human remains, crew-related equipment and personal effects.

Among other forensic identification tools and circumstantial evidence, scientists from the Joint POW/MIA Accounting Command used dental x-rays in the identification of Spinler’s remains.

With the accounting of this airman, 1,689 service members still remain missing from the conflict.

Office of the Assistant Secretary of Defense (Public Affairs)

Why your IRS tax refund will be late

Chicago Sun-Times November 22, 2007 | Robert Novak Habitual congressional gridlock usually has no impact on the lives of ordinary Americans. But what happened on the Senate floor last Friday just before lawmakers recessed for their Thanksgiving break will delay tax refunds next year for 50 million taxpayers who count on them. site irs tax refund

The underlying reason is a 38-year-old congressional tax blunder that never has been corrected. In 1969, Congress passed the alternative minimum tax to collect from 155 tax-avoiding millionaires. But because the scheme was not indexed for inflation, this year alone it would hit 23 million extra people with taxes higher than intended. AMT will be “patched” to provide relief as it is in every Congress, but not in time this year. Refunds totaling more than $75 billion will arrive many weeks late not only for taxpayers in the $100,000-to-$200,000 bracket who are unintentionally affected by AMT, but also lower-income persons because the IRS refund procedure will be disrupted by the delay.

Senate Majority Leader Harry Reid’s 11th-hour effort Friday collapsed when he refused to open the proceedings to votes on Republican tax-cutting proposals. At the heart of this deadlock is a debate between Democrats and Republicans over whether the level of federal taxation should be controlled. For once, the debate comes home to ordinary taxpayers in delayed refund checks.

The AMT problem did not take Congress by surprise. The administration for months had been calling for another AMT “patch” to keep the monster that Congress built from devouring more taxpayers. But Democratic Rep. Charles Rangel, chairman of the tax- writing House Ways and Means Committee, said he instead would attempt “the mother of all tax reforms”: total repeal of AMT, with lost revenue paid for by massive taxing of the rich — a trillion- dollar redistribution of wealth over the next decade.

Everybody knew “little mother” was pure posturing. There was no chance for the necessary 60-vote super Senate majority. Indeed, Senate Democratic leaders did not want a tax increase offset for the patch. The bill’s final version that would reach President Bush’s desk would contain no tax increase. Majority Leader Reid said he would not pass a bill until December, when Congress returned from its Thanksgiving break.

But the Internal Revenue Service announced it would take 10 weeks to readjust its computers to account for the patched AMT, affecting its entire refund system. One $90,000-a-year Senate staffer complained he would not be getting his tax refunds, and the word spread among his colleagues (an unregistered, potent lobbyist bloc). Republican lawmakers pounded on the Democrats for inflicting pain on ordinary taxpayers. Prominent Democratic senators urged Reid to get something done. Consequently, Reid made a surprise announcement that the Senate would take up the AMT patch last Friday instead of waiting for December. All signs indicated that Reid was serious about taking action. irstaxrefundnow.net irs tax refund

Grave philosophical differences between Republicans and Democrats prevented passage. Senate Minority Leader Mitch McConnell proposed permitting Republicans to offer four floor amendments to the bill. Reid did not want to subject his Democrats to voting against tax cuts, including repeal of the estate tax. So the two party leaders mutually refused to grant the unanimous consent needed for the Senate to take up the bill, and the senators left Washington with another piece of work undone.

AMT surely will be patched in December, too late for timely tax refunds.