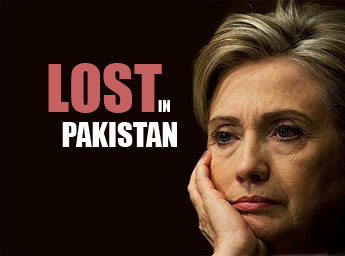 “When the flame is about to extinguish it gives it’s maximum light.” Raja Mujtaba

Towards the end of his unenviable military career, a representative of the Bush legacy Admiral Mike Mullen was recently overwhelmed by  pre-retirement syndrome and though it fit to assume the title of supreme commander of the Pakistani armed forces while declaring it to the American media that Pakistan is about to launch an offensive in the North Waziristan Agency.  Courtesy demanded that such an announcement should emanate from Pakistan.

No wonders that there is so much of scepticism about Pakistani ownership of the so called war on terror amongst Pakistani public. Thanks to operation ‘Geronimo’, Pakistani leadership no longer enjoys blanket trust of the public in the context of handling this war. Mullen’s utterances triggered a nation-wide protest against any (mis)adventure in North Waziristan.

Washington has launched an all out campaign to capitalise on the embarrassment incurred by Pakistan’s military leadership in the wake of operation Geronimo; one of the advantages it wants to accrue is to push Pakistani military into yet another black hole—North Waziristan.

Reports appearing in American media suggest that the understanding about this operation was arrived at during the recent visits of Senator John Kerry and Admiral Mullen to Pakistan; while Hillary Clinton had refused to come to Pakistan unless a prior assurance was given that her wish list has been acceded to in totality, she was obliged.

Fallout of a misadventure in North Waziristan is likely to accentuate the ongoing chaos in the country, embarrassing the government with each PNS Mehran like incidents of terrorism against sensitive installations. People would have snowballing sense of insecurity; credibility of the armed forces would further erode amongst the masses. Detractors will have enough reason to drum up frenzy about the security of Pakistani nukes; and prompt the Americans to intervene and seize the nukes. A section of American intelligentsia has since long been advocating that unless Pakistani leadership is embarrassed and discredited thoroughly and repeatedly, both domestically and internationally, it is not likely to change its nuclear policy. America seems to have adopted this notion as its state policy, and is incrementally implementing it.

During the pervious week, indicators of a full scale military operation started to appear. Humanitarian agencies working in the area of intended military operation were tasked to brace up for handling of up to 3,65,000 displaced persons. Almost simultaneously, army removed or relocated the check posts on the Bannu-Mirali road, this sent the shockwaves in North Waziristan generating a perception that a South Waziristan or Malakand style operation was in the offing.

Pakistan has so far been resisting demands of Washington in this regard because of genuine reasons. So far resource constraint has been holding back Pakistan from undertaking this operation; and situation in this count has not yet improved; even reimbursement of Coalition Support Fund has been bumpy. At the moment, armed forces are not adequately equipped to undertake another military campaign.

Candid estimates have it that as many as 10,000 seasoned militants may be stationed in North Waziristan. There have been reports that around 500 Western militants, almost half of them of German origin, were undergoing training with various groups based in the agency. The presence of a small group of American militants, led by Abu Ghaddan, has also been reported many times. They are armed with NATO standard weapons. Presently, most of them do not intend hitting Pakistani targets, their focus is on Afghanistan. However, any premature operation by Pakistani military would force these militants to turn their guns towards Pakistan.

Pakistan has already deployed 1,40,000 troops on the Western border; military experts believe that additional troops will have to move in for the operation to succeed; this would result in diluting the military presence in other areas. Whenever Pakistan has previously conducted military operation in FATA area, NATO/ISAF were prompt to vacate their check posts along Afghanistan border; thus facilitating the runaway of militants to Afghanistan and flow of reinforcements for militants from Afghanistan into FATA area. This time around also, expectations should not be different.

Today, Pakistani public understands the dynamics of the so called war on terror much better than Swat days, they perceive it as a monster with multiple agenda, of which too little is a public knowledge; while remaining is a dubious dirty game.

America had lost the military option to solve the Afghan conflict way back in early 2002, when it pushed the militant to the countries bordering Afghanistan, mainly Pakistan and Iran. With overwhelming hostile sentiment towards America by the people of Afghanistan, Iran and Pakistan, America has also lost the chance of brokering a political solution in Afghanistan.

The US and its kow-towing allies appear as bewildered and clueless as they were a decade earlier. Despite a thorough beating, America is not serious about a political solution. It has been double crossing the leadership of political resistance in Afghanistan, by trying to shoot them in the head while pretending to negotiate with them.

Pakistan may have made mistakes or policy errors over the years but it has been dealing with the Afghan question for over three decades now. No one else has a similar understanding of the issue. Pakistan desires to be part of the solution, and wants to contribute in this regard. Though ­ Kerry, Hillary and Obama are never short on doing a lip service towards Pakistan’s sacrifices, most of their actions are just in the opposite direction.

There is no scope for a full blown conventional war-like operation in North Waziristan. Strategy needs to focus on objective specific special operations to neutralize pre-designated targets. However, before starting even this kind of operations, intelligence network would require matching capacity enhancement. At present, North Waziristan is an ‘intelligence black hole’.

Hopefully, national leadership will not sleep walk into the trap; it must understand that common Pakistani people do not have an unlimited patience for Abbot Abad and Mehran like fiascos. Any disproportionate use of force in North Waziristan would make PNS Mehran like incidents a frequently recurring phenomenon. Moreover, the fallout would lead to further destabilisation of Pakistan’s heartland.