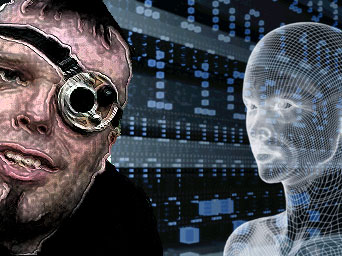 We have demonstrated once again that cyber cavalry can predict and thereby prevent harm. This is what cavalry has always done, and we simply do it in a new theater of war.

The dreadful dragon, False Flag, has been detoured but not deterred, and certainly not defeated. Called into being by cabals and cabalists, he will disappear into darkness, then slumber in silence, ready to return.

Review the past and you preview the future.

I led a Chicago mission very much like this one back in 2006. It was likewise successful but inconclusive. William B. Fox, a Harvard grad and a Marine major, published an article on the evidence that implicated Mayor Richard M. Daley and Governor Rod Blagojevich in the 5/3/06 false flag attempt during large-scale military exercises similar to those ending today.

My Veterans Today archive has the best edition of my 2011 spring articles anticipating and analyzing Red Dragon. Four of the most important:

3/31/11, Nuke Coded 329211 a Real Threat evaluated Chicago as the nation’s top terror target in the wake of a Chicago FBI announcement that it had received more than two dozen nuclear threats.

5/17/11, Netanyahu Now in USA for False Flag ASAP! emphasized the dangerous factors that day in Chicago, at the same time that Security Director News revealed that Chicago’s 88-story Aon Center had been holding unusual terror training.

Refer to my America First Books archive for my articles and interviews since 2005, dozens of which relate to the false flag project in Chicago.

Red Dragon was no fairy tale, nor was it a bad dream; it was a vision of things to come. I pray that the episode will be an epiphany to many, for that is what is needed. Unless America learns how Ghost Troop stalemated false flags in the past, it will be checkmated by one in the future.