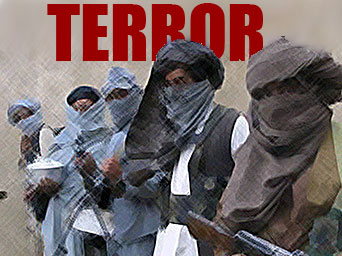 In the last few years, US-led NATO powers have continuously been insisting upon Pakistan to ‘do more’ against the militancy in the tribal regions in order to stop cross-border terrorism in Afghanistan.

While ignoring the responsibilities of the US, ISAF and Karzai-led troops in Afghanistan, especially US civil and military high officials have unilaterally blaming Islamabad that level of militancy increased in Afghanistan owing to the militants who entered Afghanistan from Pakistan, and increased pressure on the NATO troops.

In the recent past, US Defense Secretary Robert Gates and some high officials, while repeating the false allegations had indicated that Pakistan’s “failure to stop insurgents from Pakistani side of the border” has resulted into “40 per cent rise in the militant’s attacks in east Afghanistan…infiltration of insurgents in Afghanistan takes place from the safe-havens of FATA.” They have also been accusing Pak Army and Pakistan’s intelligence agency, ISI of close contact with the Afghan Taliban. Their media have also left no stone unturned for blaming Pakistan for cross-border terrorism in Afghanistan, also involving ISI.

During his trip to Islamabad on April 20 this year, in an interview with a private TV channel, US Chairmen of the Joint Chiefs of Staff, Admiral Mike Mullen has also alleged that ISI has been supporting, funding, training fighters that are killing Americans and killing coalition partners in Afghanistan.

It is mentionable that on June 1, more than 500 heavily armed militants who entered Pakistan’s Upper Dir area from Afghanistan killed more than 30 police and paramilitary soldiers. Police said that well-trained terrorists who targeted a checkpost, also destroyed two schools and several houses with rocket and gunfire attacks, while killing a number of innocent people.

The exact location where militants carried out an armed assault, lies about 20 kilometers inside the Pakistani territory which shares a common border with Afghan province of Kunar.

On June 2, Pakistan’s Ambassador to the United States Husain Haqqani conveyed to US State Department Pakistan’s reaction on the terrorist assault in Dir from Afghanistan.

In this regard, Pakistan’s Foreign Secretary Salman Bashir showed strong concern with the Afghan ambassador in Islamabad on the cross-border attack launched from Afghanistan, calling for a ‘stern action’ by Afghan and US-led NATO troops to crackdown on militants in the area and their hideouts in Afghanistan.” He further indicated, “Pakistan’s apprehensions are also being brought to the attention of the US and NATO.”

Despite the stern reaction of Islamabad, on June 3, hundreds of militants crossed over from Afghanistan and again besieged the Pakistani area. Sources suggest that after a three-day operation and gun battle, Pakistani security forces killed 71 Afghan Taliban.

Here question arises as to why US-led NATO forces did not stop the Taliban-related insurgents when they entered Pakistani territory? Even then, they failed in this respect; second question is as to why these foreign forces based in Afghanistan did not attack the Al Qaeda or Afghan Taliban, while fighting with Pak security forces continued for three days? The fact of the matter is that especially America had itself encouraged and supported this cross-border terrorism in Pakistan.

In this connection, American CIA, Indian intelligence agency, RAW and Israeli secret agency, Mossad which have well-established their network in Afghanistan, have been destabilising Pakistan because it is the lonely ‘nuclearsed’ country in the Islamic World.

In this context, Indian secret consulates and foreign training camps are present in Afghanistan from where highly trained militants, equipped with sophisticated weapons including motivated suicide bombers are being sent to Pakistan’s various places so as to commit subversive acts regularly. In this regard, in the aftermath of the killing of Osama Bin Laden by a US military raid in Pakistan on May 2, terrorists’ attack on Pakistan Navy’s airbase, PNS Mehran on May 23 might be cited as major instance.

According to some sources, modern weapons of Indian, American and Israeli origin are available in the markets of Afghanistan. Smuggling of latest arms from west to Afghanistan is also being supported by the drug mafia of Afghanistan. In this connection, Afghan President Karzai’s brother and high officials have been found involved in drug smuggling for raising funds to support insurgency in Pakistan with the support of RAW.

It is notable that during the Swat and Malakand military operations, ISPR spokesman, Maj-Gen Athar Abbas had revealed in various press briefings that a number of foreigners from Chechnya, Uzbekistan, Tajikistan, Saudi Arabia, Libya and India including Afghans, having connections with the enemy countries were arrested. In one of briefings, he had disclosed that 400 foreign fighters were captured along with huge caches of sophisticated weapons, made of India and America—Afghan fighters had been infiltrated into Pakistan with the help of some external agencies bordering Afghanistan.

Besides, in a religious Madrassa of Wakhan, located in Afghanistan is functioning under the patronage of Indian officials—with the consent of CIA. It is being used for brainwashing of very young boys who are Afghans, Uzbeks, Tajiks and Caucasians. They have also been made to learn Pashto and traditions of Pathans. Posing as volunteers, they join the Taliban activists to fight against Pakistan’s security forces.

It is worth-mentioning that on July 17, 2008, USA Today wrote, “Afghanistan has been drawing a fresh influx of jihadi fighters from Turkey, Central Asia, Chechnya and the Middle East, one more sign that al-Qaeda is becoming the most active front of the war on terror”.

Nevertheless, Afghanistan shares a common border with the Central Asian Republics. And all the foreign insurgents are entering Pakistan through Afghanistan which has become a gateway. So as to why US-led NATO forces doe not capture these foreign terrorists when they enter Afghanistan from where they infiltrate in Pakistan.

It is of particular attention that when in 2009, Pakistan’s armed forces started the military operation in South Waziristan, scores of security check posts in Afghanistan side of Pak-Afghan border had been removed by the US commander Gen. Stanley McChrystal who was leading NATO forces in Afghanistan. Our security analysts had opined that it “is part of a plot by the US and Afghan commanders to remove the strategic security posts in South Waziristan Agency…an intriguing move aimed at different ends.”

Nonetheless, the most dangerous aim of the US by removing Afghan border check posts from the side of Pakistan was to give clear way and free hand to the Afghanistan-based Taliban commanders to send large-scale reinforcements in South Waziristan. Thus especially, America wanted to sabotage the South Waziristan operation by putting Pakistan’s more soldiers’ lives at risk in the fight against militants in this difficult terrain of the area.

It is noteworthy that US which is likely to withdraw its troops from Afghanistan along with NATO forces, has already made Pakistan volatile to the different war. And it wants to ensure that Pakistan must be the main target of Afghan Taliban and Al Qaeda after the US-led NATO forces withdraw from Afghanistan.

Returning to our main discussion, besides already mentioned developments, recent attack by the Afghan-based militants in the Upper Dir region clearly proves that the US and its allies are responsible for cross-border terrorism in Pakistan, while they have been blaming Islamabad in this respect because of their double game with the latter.