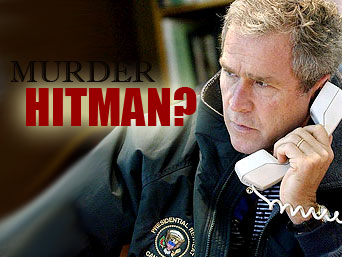 Since yesterday’s Veterans Today publication of Attorney general rules against Dr David Kelly inquest, I’ve been contacted by journalists and researchers acquainted with my side of the story. The article below is a good summary. I offer fair warning to colleagues: Dr. Kelly’s case is a fine rabbit hole to explore, but watch out for the rattlesnakes! — CPT MAY,  6/11/11

Dr. David Kelly, the UK scientist and war critic with connections to the BBC and the New York Times, predicted that he would be assassinated for daring to be right about the lack of Iraq WMD evidence while UK leaders chose to be wrong. His corpse, found on July 18, 2003 under mysterious circumstances, proved his prescience. At the time Tony Blair and George W. Bush were meeting in Washington to discuss their wobbly war, and to menace their critics. Coming when it did, Kelly’s murder was something right out of Macbeth or Machiavelli.

Captain Eric H. May, the U.S. journalist and war critic with connections to NBC and the New York Times, likewise predicted that he would be assassinated for speaking truth to power about the Iraq war. Ironically, May, a lifelong Texan, had contacts, even friendships, with Bush administration insiders. In 1995 The Wall Street Journal asked him to write an essay on the art of executive speech writing. A year later he was interviewing with Team Bush about becoming the then-governor’s speechwriter for the upcoming 2000 presidential campaign.

After the outbreak of the Iraq war, though, the former Army intelligence officer became an enemy of what he contemptuously called the “Bush League” when it collaborated with the mainstream media to cover up the April 5-9 Battle of Baghdad. Heavy Army and Marine losses were hidden under embellished stories about Pvt. Jessica Lynch. During this heinous act of stolen valor, the Bush administration kept a lid on things back in the U.S. by threatening and medicating the bereaved families of the fallen.

Exposing the Battle of Baghdad Cover-Up (BOBCUP) became Captain May’s crusade. He confirmed it through political, media, and military contacts. Going to Ft. Stewart, Ga., he received details of the battle, and a chilling death threat from a Special Forces officer. Col. Neil Dennington’s insinuation that dissent would be met with “special forces detachment” was an early hint of the Bush/Cheney “executive assassination” Special Forces detachments reported by New Yorker investigative journalist Seymour Hersh last year.

After the 2003 July 4th weekend, three months after BOBCUP, May sensed an anti-Bush movement in the country, especially within the armed forces, and resolved to tell the truth to the American people, damn the consequences. He knew that it would be a perilous mission. An astute political observer, he anticipated and annotated the US/UK assassinations of July 17-22, 2003. During this “July Jumble,” as it came to be called, a wide array of VIP figures would be murdered, including the UK’s David Kelly, New York City Councilman James Davis and Saddam Hussein’s sons, Uday and Qusay. George W. Bush may have been on the hit list himself, as suggested by the notorious “Shooting Bush” political cartoon published by the LA Times on July 20 — in the middle of the July Jumble.

Surprised to find himself still alive at the end of it all, May published a report that has already become an underground classic of military intelligence and principled action. The Lone Star Iconoclast is proud to vouch for the valor of its intelligence editor, Captain Eric H. May, and the validity of his historic opus, Ghost Troop Introduction. In it investigators and readers will find e-mails exposing the motives behind war and politics — as well as  cover-up and assassination. They will find the best military analyses in America, both published and unpublishable. Finally, they will find appended information proving that, if dedicated to his cause, a courageous captain may win a battle, influence a war, and even change the course of history.

Mrs. May didn’t take it seriously when she came home to covered windows and reinforced doors last night.  Tony Blair and George Bush were on TV, and the last thing the president had to say was that he and the prime minister would address “the issue.”  I had a feeling that I was part of that issue.  Two mentors, both WWII vets, had warned me earlier that day that I was becoming an issue affecting the president’s credibility, and had better hole up in my home for a while.

My wife is a rational woman, so she took all my paranoia with a grain of salt, until she looked up from her morning coffee and saw CNN reporting that you, a Blair Government gadfly, were dead under suspicious circumstances.  She wanted to stay home with me, but I sent her to work.  There’s no sense in putting us both at risk.  I told her to go to her parents’ house if she wanted to be safe.  She said she’d think it over, but she was in shock.  I have no idea what she’ll do.  She’ll be home this evening, if she’s coming.

So you’ll never tell anyone else that your government sexed up the evidence on weapons of mass destruction, will you?  Well, at least I’ve told what I know about the Bush Team’s cover-up of military casualties, whatever he does to me.  You became frightened and tried to recant, while I’ve been flying at them stirring up as much fuss as possible.  I hope my plan works better than yours.

I’m sorry we never had the chance to meet, because I think I would have liked you.  I believe you were a man who was interested in the truth, and it’s earned you the same wages as Socrates, Jesus, Gandhi and Martin Luther King.  You’re in good company now with them.  I’m still among the living, but I’m afraid payday is coming for me, too.

Do you know, my friend, after the police found you, it didn’t take CNN half the morning to imply that you were “under great pressure because of your testimony in Parliament.”  They hint that maybe you…, well, you know, killed yourself.  I bet you’d like to laugh at that one with me!

They just announced that you were found with a container of barbiturates by you, and say you bled to death from a slashed wrist.  That’s interesting…  An upset man might take downers to calm down, or he might kill himself instead of calming down, but why would he take downers to calm down, then still kill himself?  We both know you didn’t kill yourself, though.  They killed you.

CNN is the only sound in the house.  I’m in my library, counting on my truest friends in my crisis.  Homer and Plato, Shakespeare and Byron are there, along with a hundred others, standing guard on the shelves, each waiting to take a bullet for me.

Well, the president’s men are going to have to get messy if they want to get me, and that means blow my house up, burn it down, or machine gun it through.  All that will cause a bit of ruckus.  They’ll have to use something spectacular.  One of my oddities is that I practice tae kwon do daily, and have been doing so in the years since I left military intelligence.  This makes me difficult to deal with in close quarters.  I wonder if they know that.  If not, I’ll soon be teaching them about the five-foot staff.

I must say, it’s not really so hard to talk to a man you’ve met who has been fighting in the same Infowar.  You just dropped into my bunker beside me, and you happened to drop in dead, but we’re comrades just the same.  Welcome to the same company as Professor Guenther and Mr. Coleman, my mentors, who are also a bit shaken now.  Should I still be alive when George Bush and Tony Blair are removed from office by their legislatures, I would like to pay my respects to your family in Great Britain.  I will tell them that it came down to men like you, and them and me against men like the ones who have misled our countries.

I believe you to have behaved honorably as a man, and hope that I will acquit myself as one to the end as well.  The war is still raging, and here I sit, stoic except for the trembling of my fingers and the tears on my face.  I do not weep for myself, I weep for my country.