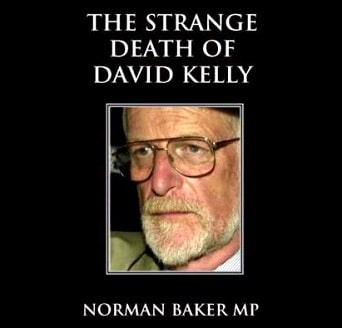 The attorney general has rejected calls for an inquest into the death in 2003 of government scientist Dr David Kelly.

Dominic Grieve said the evidence Dr Kelly killed himself was “overwhelming” and rejected claims of a “cover-up”.

Dr Kelly was found dead after he was exposed as the source of a BBC story which led to a row with the then Labour government over Iraq intelligence.

But a group of doctors say the subsequent Hutton inquiry ruling that he committed suicide was “unsafe”.

Dr Kelly’s body was found in woods near his home in Oxfordshire, after he was exposed as the source of a controversial BBC report casting doubt on the government’s claim that Iraq had weapons of mass destruction capable of being fired within 45 minutes.

An inquest was opened but was then suspended – when the Hutton Inquiry was set up to look into the circumstances of his death.

A group of doctors have mounted a long-running campaign for the inquest to be re-opened, claiming the evidence did not point to suicide

But Mr Grieve said his department had thoroughly investigated their complaints and could not find any legal basis for referring the case to the High Court, which has the legal authority to order an inquest.

Mr Grieve told MPs: “Having given all the material that’s been sent to me the most careful consideration, I’ve concluded that the evidence that Dr Kelly took his own life is overwhelmingly strong.

“Further, there is nothing I’ve seen that supports any allegation that Dr Kelly was murdered or that his death was the subject of any kind of conspiracy or cover up.”

There had to be some “evidential basis” to refer a case to the High Court, he told MPs, but in this case there was none and it would have been “dismissed” by judges “with what I would assume would be a certain amount of irritation”.

He said the Hutton inquiry, which ruled the scientist had committed suicide, was “tantamount to an inquest” and there was not sufficient evidence to warrant a further hearing.

His department has published full medical and pathology reports on Dr Kelly’s death, as well as Mr Grieve’s statement on why he has decided not to refer the matter to the High Court.

Lord Hutton’s report in 2004 concluded that Dr Kelly had killed himself by cutting an artery in his wrist but a group of doctors has since argued there was insufficient evidence to prove beyond reasonable doubt he killed himself.

But Mr Grieve said while they were “undoubtedly expert in their own areas of practice” they were not qualified as forensic pathologists.

He said “much had been made” of the position in which Dr Kelly’s body was found – as while most witnesses had said he was found lying down on his back, two had told the Hutton inquiry the body was propped up against a tree.

Mr Grieve said witnesses could sometimes recall the same scene differently – and in fact one of the two had earlier told the police Dr Kelly had been found on his back. From that “minor contradiction” questions began to be asked about why the body had been moved, he said.

“This issue has proven a fertile ground for imaginative speculation to take over. In fact, all the evidence provided by the very careful forensic examination of the scene at the time … supports the view that Dr Kelly died where he was found and from the causes determined.”

Asked if his statement would put a stop to conspiracy theories, which one MP claimed were being fuelled by former members of the security services, Mr Grieve said: “The evidence overwhelmingly shows Dr Kelly committed suicide. He wasn’t killed by anybody.”

Mr Grieve offered his “sincere sympathy” to Dr Kelly’s family adding: “While I realise that it will always be impossible to satisfy everyone, I would hope for their sakes that a line can now be drawn under this matter.”

But the doctors campaigning for an inquest said they were “perplexed and outraged” with the decision.

They have argued that the official cause of death, a haemorrhage, was “extremely unlikely” – arguing that the wound found to Dr Kelly’s wrist was unlikely to be life-threatening and questioning the lack of fingerprints recovered from the knife and a pack of pills Dr Kelly apparently took.

A statement issued by their leader, Dr Stephen Frost, accused the government of being “complicit in a determined and concerted cover-up”.

He said Mr Grieve should resign adding: “The continuing cover-up of the truth of what happened is a national disgrace and should be of concern to all British citizens.”

The group will now seek to take the decision to judicial review. Dr Frost added: “A proper inquest into the suspicious death of any British citizen is required by the laws of this country.

“It is highly regrettable that Dominic Grieve has sought, as did the coroner Nicholas Gardiner before him, to rubber-stamp the clear subversion of due process of the law that the derailing of the inquest by Lord Falconer on August 13, 2003 constituted.”