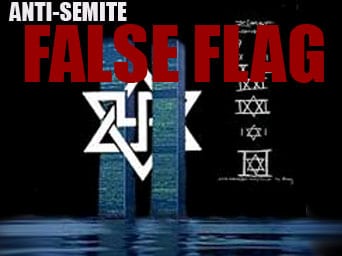 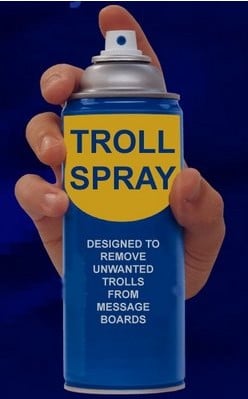 An unclassified version of the software used by the FBI has allowed VT to track the IP addresses of a group of, what appeared to be, hate mongers and racists whose rhetoric borders on terrorist extremism.  What we found was astounding.  In one case, an individual using the email address “[email protected]” was traced to the computer of the head the largest Jewish “defense” organization.

Others, reposting copyright materials without permission on extremist sites or posting comments filled with racist threats were traced to homes and public buildings in Tel Aviv or to members of Washington lobbying groups tied to Israel.  Most noticeable, though the message is primitive, the syntax is flawless and often elegant.  Spelling and punctuation are “spot on.”

We spend hours each week, time we could spend helping veterans, cleaning this garbage off our website.  All of it is blatant and amateurish.  A good friend who works for the Anti-Defamation League, an organization headed by Abe Foxman, told me that hundreds have been recruited, here in the US and more in Israel, whose job it is to seed Antisemitic material into websites that are critical of Israel’s apartheid policies. They openly joke around there how the Nazi and White Supremacist websites have been “theirs” for years.

For decades, no one has met a real person behind any of the supposed “skinhead” or Nazi websites.  The last Nazi “parade” had 8 participants yet hundreds of anonymous screennames continually post bizarre and “dated” racist rhetoric using language learned from popular TV dramas.  It didn’t take long to get to the bottom of this.

Back during the 1980s, organizations like today’s Stormfront.org were used by the FBI to track what they believed to be domestic terror threats.  As 90s came to a close, the militias disbanded.  The most notorious of all, the Michigan Militia, claimed they were no longer needed since their chosen candidate “George W. Bush” had assumed the presidency.  The chosen candidate of the White Supremacists and Antisemites, had, according to many “militia” leaders, assumed power and Americans were safe from government intrusion, wire-tapping, illegal searches and new federal agencies imposing more restrictions.

Never has a group been so wrong, as we all know only too well now.

As the FBI moved aside, the groups claiming to protect Americans of the Jewish faith from persecution stepped in.  Their intent was something else.  They saw initial infiltration of White Supremacist internet groups as a broad opportunity to instill cohesion within the Jewish community by manufacturing a threat, much as Hitler had done when he blamed the Jews for Germany’s downfall in World War I.

And, of course, there was no need for a Nazi resistance when the Bush administration itself exceeded even the wildest expectations of any right wing group.  Typical rhetoric out of the White House and GOP, purportedly stressing “family values” and “compassionate conservatism” was little more than thinly veiled hate mongering against Jews and African-Americans.

After 9/11, Muslims began to take on some of the heat, much to the relief of the “welfare cheats” and “left wing intellectuals”, code words for “Blacks and Jews.”

When real Nazis moved into the mainstream of the Republican Party, the groups formerly labeled extremist by the FBI became, not only acceptable but close allies of both the Bureau and the new extra-constitutional police organizations like the Department of Homeland Security.

Nazis during the Clinton Administration threatened to blow up public buildings.  During the Bush administration, they became government snitches.

During the Clinton Administration, the FBI infiltrated and prosecuted these groups, under Bush they were “above the law.”

Thus, with violent extremists moving into mainstream politics, repackaged as Dominionists, “neocons” and Christian Zionists, the “skinhead” organizations would have faded away except for the fact that they had now become useful.  With all members now “internet only,” anyone could claim to be anything with impunity.  Without Nazis, there was no need for groups like the ADL or JDL.

With no real members, the glory of internet anonymity allowed these groups to, not just infiltrate, but totally overrun the domestic Nazi movement.

America’s Jewish community has always been allied with the Democratic party.  78% of American Jews voted for President Obama in the last election.  Jews have always been the leaders of every progressive movement, forming the core of civil rights organizations, trade unions, environmental groups and organizations tied to government reform.

That had to change and 9/11 was the catalyst for that change.

Few Americans, Jewish or not, had been aware, until Wikileaks, that Israel had been closely allied with the nations it claimed were ready to “push Israel into the sea.”  With the exception of Syria, every “enemy” on Israel’s borders had a repressive government that either cooperated with Tel Aviv or as with Mubarak in Egypt, took direct orders.

The concept of “poor threatened Israel,” now recognized as the 4th richest nation on earth with a military openly rated as among the “Top 5” in the world has become a hard sell.

Thus, in order to provide cover for Israeli spy operations in the United States, not only suppressing investigations and prosecutions, but to keep American Jews in a state of constant fear bordering on severe depression and paranoia, internet organizations known for their racist or Nazi ideology, became tools, not just of lobby groups like AIPAC but culpable in probable acts of treason as well.

In order to support a foreign policy agenda aimed at re-colonializing the Middle East, an unholy alliance between traditional Antisemitic groups in the US and the Israel lobby had to be formed.  Regions of the US where Jews had been banned from neighborhoods, from country club membership and full participation in society for generations suddenly became defenders of Israel, defenders of Israel but still, haters of Jewish Americans.

The deal was simple.  America would destroy Iraq, invade Iran, destabilize Pakistan and “globalists,” the cabal of Rothschild banks, Swiss financial criminals and Wall Street thugs would rape the world of resources, starting with the Caspian Basin’s $12 trillion in hydrocarbon resources while bankrupting the United States in the process.

To sweeten the pot, a drug empire would be built in Afghanistan churning out enough dirty money to buy every “free election” in the world.

Any group or individual, any publication that exposed these operations or interfered with these plans would be tied to the Nazi organizations now run by Israeli intelligence through their ties to Jewish defense and lobbyist groups in the United States.

The long term agenda of this globalist organization is dependent on its ability to orchestrate tensions around the world.  Its primary tool for this is terrorism, blamed on long dead, now even deader still, Osama bin Laden and the imaginary “Disneyesque” Al Qaeda terror organization, a fabrication of the US Department of Justice back during the 1990s.

The attacks now either proven as false flag or highly likely include:

Since 2001, charges of Antisemitism have been leveled against anyone exposing Israel’s role, be it primary or secondary, in the planning and execution of these attacks.  Nazi organizations under the control of groups allied to Israel have played an important part in this, and in doing so, have been fully complicit in terror attacks responsible for the deaths of many thousands around the world.

Thus, when publications like VeteransToday report on spy operations against the United States, it quickly attracts the attention of the network of organizations tasked with undermining America’s free press.  In the case of VT, the absolute top echelon of the propaganda and disinformation world takes this on as his personal task, little knowing that a publication run by retired intelligence officers can punch through a $10 per month proxy server in seconds.

Again we find the most heinous and vicious Antisemitic rhetoric emanating from the email account of a close friend of Israel’s prime minister.

Americans for a Stronger Israel