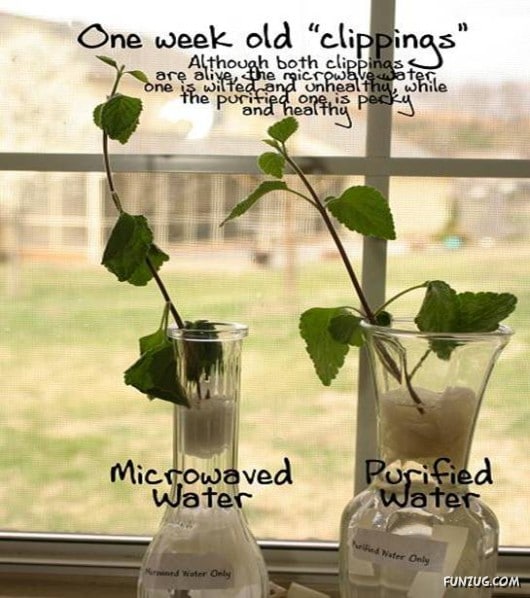 Watch for Howls of Protest

(Editor’s note: While visiting Germany and Switzerland in the spring of 1992, Tom Valentine had an opportunity to meet with Dr. Hans Hertel, the only scientist to conduct a carefully crafted human experiment to test the effects of eating foods cooked in a microwave oven as compared to the effects of eating the same foods cooked conventionally. Millions of Americans eat foods cooked in microwave ovens every day. Most people do not want to hear about Dr. Hertel’s experiment. The electrical appliance establishment in Switzerland did not like his findings and actually lobbied the Swiss courts until they tried Dr. Hertel and found him guilty of “interfering with commerce.” For his good-faith scientific effort, Dr. Hertel was fined a large sum of money. This story is now a classic in the annals of health science versus agenda driven science.)

Is it possible that millions upon millions of people are ignorantly sacrificing robust health, vitality and longevity on an alter of convenience? Like the moth to the flame are we being inexorably drawn to our own destruction by “the quick and the easy”?

For example, microwave ovens are ubiquitous—so convenient, so energy-efficient, that few homes or restaurants are without them. It’s quite apparent that people generally believe whatever microwave ovens do to the foods cooked in them cannot “really” hurt.

If my stories on nukes raised some hackles; just wait till folks read this:

Microwave cooking is not natural and not healthful and is likely harmful. However, the evidence is being suppressed by the powers inherent in modern economy, modern politics, and plain old human nature. People are microwaving along in blissful ignorance.

What are the facts about microwave cooking?

Years ago, when I was still in the common fog of majority American opinion and thought, my wife Carole rejected the notion of cooking with microwaves simply because to her the end result–the nutrition of the food being cooked–is the only thing that’s important, and she intuitively distrusted the “inside out” cooking that was not said to be “suitable” for certain foods. That wonderful “woman’s intuition,” bolstered by common sense, told her that there was no way microwave cooking could be natural and excellent–convenient maybe–but never excellent nor natural.

Others felt the same way, but they were a pitiful minority back in the era when microwaves first overwhelmed the market.

Being a man who had come to respect his wife’s wisdom, I joined the minority who believed that microwave cooking was nothing more than another additive to our denatured nutrition. Call it conviction without the weight of evidence.
After all, we were told that no clinical studies had been done on what microwaved food might do to human metabolism.

In fact, there has only been one serious study of the effects of microwaved nutrients on the physiology of the eaters and that’s the point of this feature. The study caused a minor tempest in Switzerland where the “establishment” did not like the results one bit. But, we get ahead of ourselves.

Back in May of 1989, after moving to St. Paul, Minnesota, I heard on the car radio a short announcement that bolted me upright in the driver’s seat.

The announcement was sponsored by Young Families, the Minnesota Extension Service of the University of Minnesota and they warned against warming baby’s bottle in the microwave ending with:

“Heating the bottle in a microwave can cause slight changes in the milk. In infant formulas, there may be a loss of some vitamins. In expressed breast milk some protective properties may be destroyed. What was that? My reasoning on the spot went as follows: If an established institution like the University of Minnesota can warn about the loss of particular nutrient qualities in microwaved baby formula or mother’s milk, then somebody must know something about microwaving they are not telling everybody.

Then, in early 1991, word leaked out about a lawsuit in Oklahoma where a woman named Norma Levitt underwent normal, non-life-threatening hip surgery only to be killed by a simple blood transfusion when a nurse “warmed the blood for the transfusion in a microwave oven!”

Logic tells us that if heating or cooking is all there is to it, then it doesn’t matter what mode of heating technology one uses. However, it is quite apparent that there is more to “heating” with microwaves than we’ve been led to believe. Blood for transfusions is routinely warmed. But not in microwave ovens! In the case of Mrs. Levitt, the microwaving altered the blood and it killed her.

Does it not, therefore, follow that this form of heating does, indeed, do “something different” to the substances it heats? Well, then, is it not prudent to determine what that “something different” might do to humans ingesting the food substances heated or cooked in a microwave? A funny thing happened on the way to the bank with all that microwave oven revenue–nobody thought about the obvious. Well, nobody who had any clout thought about it. Only “health nuts” who are constantly aware of the value of quality nutrition, and the widespread “denaturing” of our sustenance, and their opinions carry little weight in our supermarket world.

Enter Hans Hertel, a scientist whose well-conceived clinical trial microwave experiment helped encourage me to make a detailed investigative trip to Germany and Switzerland in 1992. Dr. Hertel lived in the tiny town of Wattenwil, near Basel, Switzerland.