Home Government CIA Requires Secrecy To Conceal Its Own Crimes 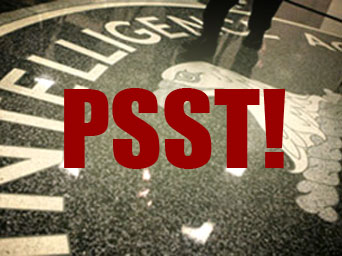 If the CIA routinely lies to the American people, maybe that’s because its got so much to lie about, like killing millions of innocent human beings around the world. As far back as December, 1968, the CIA’s own Covert Operations Study Group gave a secret report to president-elect Richard Nixon that conceded, “The impression of many Americans, especially in the intellectual community and among the youth, that the United States is engaging in ‘dirty tricks’ tends to alienate them from their government.” According to Tim Weiner’s book “Legacy of Ashes”(Anchor), the report went on to say, “Our credibility and our effectiveness in this role is necessarily damaged to the extent that it becomes known that we are secretly intervening in what may be (or appear to be) the internal affairs of others.”

President Bill Clinton, who first gave the CIA the green light to launch its illegal “renditions” (kidnappings,) told the nation on the occasion of the Agency’s 50th birthday (1997), “By necessity, the American people will never know the full story of your courage.” (Courage? For 22 agents to grab one Muslim cleric off the streets of Milan, Italy, and ship him abroad to be tortured?) Anyway, presidents who authorize criminal acts by the CIA, as virtually all have done since its founding in 1947, don’t want the truth out, either, lest knowledge of those “dirty tricks” sicken and revolt the American people when they find out what crimes the Agency is perpetrating with their tax dollars. As former CIA agent Philip Agee once put it, “The CIA is the President’s secret army.” This point was underscored at a luncheon by President Gerald Ford himself, which he hosted for New York Times top editors on Jan. 16, 1975. According to Weiner, Ford told them the reputation of every President since Truman could be ruined if the secrets became public. Asked by an editor, like what? Ford replied “like assassinations.”

One reason the Agency seeks to hide its operations is that it sadly is often guilty as charged. For example, take its complicity in the murders of American missionaries in Peru. As Reuters reported Nov. 21, 2008:

“The CIA obstructed inquiries into its role in the shooting down of an aircraft carrying a family of U.S. missionaries in Peru in 2001, the agency’s inspector general(IG) has concluded. The (IG’s) report said a CIA-backed program in Peru targeting drug runners was so poorly run that many suspect aircraft were shot down by Peruvian air force jets without proper checks being made first.” A small plane carrying Veronica Bowers, her husband Jim, their son Cory and infant daughter Charity was shot down by a Peruvian jet on April 20, 2001, after it was tracked by a CIA surveillance plane that suspected it was carrying drugs. Veronica and Charity Bowers were killed, while their pilot, Kevin Donaldson, who crash-landed the bullet-riddled plane into the Amazon River, was badly injured. The IG’s report said that in the aftermath of the 2001 incident the CIA sought to characterize it as a one-time mistake in an otherwise well-run program. “In fact this was not the case. The routine disregard of the required intercept procedures … led to the rapid shooting down of target aircraft without adequate safeguards to protect against the loss of innocent life,” the report from the Agency’s own IG said. (One might ask why the CIA didn’t wait for the plane to land to interrogate the passengers?)

The kicker in the Reuters account is “The IG said the CIA found ‘sustained and significant’ violations of procedure in its own internal investigation but had denied Congress, the National Security Council and the Justice Department access to its findings.” This raises the question of whether the CIA has become so powerful it can withhold findings even from the Justice Department and Congress? The answer is that it can, has, and likely continues to do so, because it is indeed both powerful and influential. After all, with the exception of President Clinton, who abetted the CIA’s crimes, presidents George H.W. Bush, George W. Bush Jr., and Barrack Obama all have been directly on the CIA payroll as employees at one time or another. Bush Sr., of course, headed the Agency during 1976-77. Bush Jr. worked for a CIA front in Alaska, and President Obama worked for CIA front Business International Corporation after he got out of college.

The CIA’s influence is such that it can successfully forbid other agencies of government to conceal its crimes if they find out about them. Example: “The Drug Enforcement Administration(DEA) knew about and helped cover up the CIA’s involvement in Guatemala’s drug war murders, a former DEA agent said,” the AP reported on July 23, 1996. Although the DEA denied the allegations, Celerino Castillo, who was a special DEA agent assigned to Guatemala, said he and other DEA agents there “were aware of specific murders committed by the Guatemala military with CIA involvement and were ordered to lie to keep the crimes secret.” AP said the Intelligence Oversight Board issued a report stating CIA agents in Guatemala “were credibly alleged” to have ordered, planned or participated in human rights violations such as murder, torture and kidnapping.” (I.e., Castillo’s charges were true.) So it has long since gotten to the point that officials of other U.S. agents cannot report the CIA’s crimes either, as if they were under a Mafia oath of secrecy.

CIA employees themselves are forbidden by secrecy agreements (under the Intelligence Identities Protection Act passed under President Ronald Reagan) to write anything about the Agency without first clearing it with a CIA publications review board. Accordingly, the CIA recently cracked down on a former officer who wrote under the pseudonym “Ishmael Jones.” His “crime” was to publish two years ago “The Human Factor: Inside the CIA’s Dysfunctional Intelligence Culture.” The Associated Press quotes Jones as saying, “CIA censors attack this book because it exposes the CIA as a place to get rich, with billions of taxpayer dollars wasted or stolen in espionage programs that produce nothing.” Denying the truth, however, is a long established CIA practice. John Stockwell, for 13 years a CIA station chief in Angola or a top man in Viet Nam, said in a lecture, “What I ran into…was a corruption in the CIA and the intelligence business…what I found was that the CIA, us, the case officers, were not permitted to report about the corruption in the South Vietnamese army.”

Whether the Agency’s John Stockwell, Ishmael Jones or DEA’s Celerino Castillo, we note that many of the CIA’s critics are former American intelligence officers who have seen too much, men apparently with a conscience and respect for human rights. Stockwell, a former Marine who held high posts in the field for the CIA was in a position to know when he charged that over the years the CIA has killed “millions” of innocents. He says the victims were largely “people of the Third World…that have the misfortune of being born in the Metumba mountains of the Congo, in the jungles of Southeast Asia…in the hills of northern Nicaragua…most of (whom) couldn’t give you an intelligent definition of communism or of capitalism.” Stockwell estimated the CIA has perpetrated “10 to 20 thousand covert actions” between 1961, about the time of its Cuban Bay of Pigs fiasco, and 1987.

Stockwell concludes “We are responsible for doing these things on a massive basis to people of the world…we create a CIA, a secret police, we give them a vast budget, and we let them go and run these (covert) programs in our name and we pretend like we don’t know it’s going on…And we’re just as responsible for these 1 to 3 million people we’ve slaughtered and for all the people we’ve tortured and made miserable, as the Gestapo was of the people that they slaughtered and killed. Genocide is genocide.”

Is it? The Obama administration apparently has no plans to expose and bring to trial past CIA killers and torturers, much less those who obstructed justice by destroying tapes of their torture or lying to Congress about it. This is the same country—which is now waging war in four or five Middle East nations and has been responsible for the violent and bloody overthrow of dozens of foreign governments—that keeps a quarter of a million pot smokers in prison who have never hurt another human being in their lives. Pardon me if I ask whether my native land has not, in fact, become a lunatic asylum run by the criminally insane? #

Sherwood Ross is director of the Anti-War News Service. He formerly worked for major dailies and wire services. To contribute to his news service or comment, reach him at [email protected]