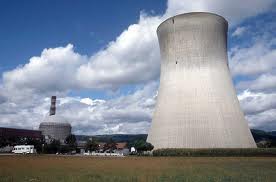 Recently my articles on the Nuclear power monopoly stirred some savage breasts. Its a hot topic; pardon the pun, not intended. Nothing about nuke is cutsy.

My thesis—Nuke industry ruled by huge investment bucks means it will be a rotten fascist monopoly of first order, therefore propaganda is directed to maintain that control, to detriment of people, for whom the technology should serve efficiently.

Many objected, especially to allegations put forth that radiation dangers are as exaggerated as the holocaust numbers. I suggest to all who contacted me about this, most not using this site, which is very generous with complaint space— so use it—read the journal Nature, which is dutifully biased against radiation due to indoctrination; read carefully, the May 31, issue where they compare/contrast the Chernobyl blast with the Japanese blow. You only need some good sense to see the fudging and statistical juggling. Constant research/monitoring is costly, and folks with college degrees need work. I hate to be so cynical, but “They” made me do it.

The issue of “radioactive waste” with a zillion years of half-life is the key tool in the controlling propaganda. There is nothing like a fat issue for the army of brainwashed “envirowhackos out there. (originally spawned by Mk Ultra programs and funded by fascists) Nobody with half a mind wants the destruction of this planet, so environmentalism should be natural urge not needing to become another manipulative “ism.” However most folks want to be “guided” if not led by nosering tethers.  Daggone, there I go tangenting again—sorry, but there is one more definition needed here. Fascist means government and business bound tightly together to monopolize all endeavors by the people. Not just what Mussolini did so openly in 1930s.

With nuke waste in mind, consider our beloved Congress and a recent “Nuclear waste plan.” Forget that many experts, including my old buddy Galen Winsor testify that no nuke fuel should be “Wasted” because it can be recycled perpetually as fuel (anathema to the monopolists). Here is what our elected corruption trust has come up with—note how they will try to make this a “party” issue—damned frauds.

A White house panel (always worst kind) recommended in May that our overgrown government set up more aboveground storage sites where “radioactive waste” can be stored while a permanent disposal is developed.
“The Department of Energy’s Blur Ribbon Commission on America’s Nuclear Future (heaven help us)! Was formed last year to offer advice (handed down from fascist boardroom) on how to deal with spent nuclear fuel in the wake of the Administration’s decision in 2009 to cancel plans for the permanent repository at Yucca Mountain in Nevada.”
According to the report in Chemical & Engineering News, May 23, 2011, issue” Republicans in the House of Representatives (of Monopoly interests) rejected the commissions recommendations, saying it makes no sense to change plans after the US has spent billions of dollars on the now shuttered Yucca Mountain site. (Everything else these jerks have allowed does make sense? To whom?)

Calling Obama’s blue-ribbon panel “nothing short of a smokescreen, because “we already have a long-term smokescreen er vision at Yucca Mountain,” the congressional chair from Michigan, Fred Upton squawked.
Yes, I edited that last quote; hell these guys on both sides of the isle know smokescreens very well, don’t they?
We Americans sure ought to know monopoly, and I don’t mean the board game. Land of the duped and home of the paying suckers!