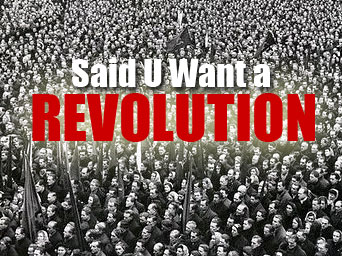 (Florida) – When I was a novice reporter six years ago, I learned that it was at the end of the interview that you heard the beginning of the story and I learned it again the other day.   Case in point: I was writing my first work of fiction in 2005 when I stumbled into becoming a reporter and that lead to becoming the only reporter in the world who bothered to document Mordechai Vanunu’s Freedom of Speech trial in Israel.

Because I love America enough to stand up and speak the hard truths I had no choice but to persist to report what Vanunu told me in June 2005:

Nobody but Israel knows how many more stories underground the Dimona may go, and because nobody in the USA Government is talking about that-that is ONE reason why I have become a candidate for U.S. House of Representatives for 2012.

As Marcus Gardner, the creator of “Cindy’s Secret” (see image to right) an rendering that Vanunu hung in his room at St. Georges Cathedral from 2004-2007,  wrote “The world’s apathy/indifference to Vanunu is fuel to press on… it’s rather difficult to explain how it feels when you create an image by some one’s actions/injustice and for them to go and hang it up on their wall. I guess that must be the ‘essence’ of knowing you are onto something.”

Knowing one is onto something is exactly how I felt after stumbling into being the only reporter in the world to document Vanunu’s FREEDOM of SPEECH Trial in Israel as it unfolded, beginning on the day Hamas was democratically elected in January 2006.

Just a few weeks after his trial began, Vanunu sent this message to Hilary Clinton and US Christians regarding the “real Wailing Wall”:

Before this becomes a self-fulfilling prophecy, it is up to people of Conscience to agitate their governments to help FREE Vanunu Now:

Another reason I am running for House of Representatives is to agitate for “we the people” with hope to inspire others to run themselves.

BEYOND NUCLEAR: Mordechai Vanunu’s FREEDOM of SPEECH Trial and My Life as a Muckraker: 2005-2010 is my only fundraising vehicle.  The WWW is the Media that allows me voice and I am most grateful for that as I am to the Constitution which established the qualifications for members of the House of Representatives.

All that is required is that a Representative must be 25 years of age, a citizen of the U.S. for at least seven years, and a legal resident of the state in which his/her district resides.

As I searched for a District to serve in the US House of Representatives for 2012, I planned the first in what I hoped to be a series of stories from small towns and big cities throughout Florida.  Through this proceess I once again learned the beginning of a story is often found at the end.

The Political Message Removed from “To Oprah and Friends RSVP: Ideal Women’s Club” serves as my invitation to any group or organization in Florida who want to share their Florida story and send a message to D.C., to please contact this reporter @ [email protected]