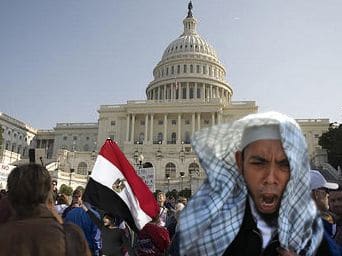 The Revolution Will Not Be Deactualized﻿

Why can’t we have a Tahrir Square?

Lord knows we need one.

I used to work for Democratic candidates. I was a campus activist. I marched in protests.

But, in the 1980s, I quit politics. I was fed up. The Left was impotent and inept. They didn’t want to change things. They were content with theater. Bad theater at that: dorks on stilts, boring speakers, stupid slogans, the same old chants. “The people, united, will never be defeated!”

Except—we were defeated. We didn’t even fight.

Our protests were poorly attended. The media ignored us. And we always lost. Even the Democrats didn’t care about us or our opinions. By the time Bill Clinton won in 1992, the progressive wing of the party was good for one thing: voting Democratic.

Along with millions of others, I drifted away.

Now, finally, for the first time in decades, I am excited.

We can change everything. Here. In America. Now.

People are rising up in Tunisia, Egypt, Jordan and Syria. Patriotic Afghans, Iraqis and Yemenis are fighting puppet dictators propped by U.S. military occupation. They demand an end to violent, corrupt governments that serve themselves but not their citizens. People in the Middle East and European countries such as Greece refuse to accept systemic poverty and unemployment so that a tiny slice of corrupt, well-connected elites can continue to amass wealth.

Why just in other countries? Why not here?

Why can’t we have a Tahrir Square?

Lord knows we need one.

Here in the United States, corrupt politicians and their corporate overlords have raped the wealthiest nation in the history of civilization, reducing one out of five Americans to unemployment as the income of the rich skyrockets. They tell us our schoolchildren must do with less, that we cannot afford to see doctors when we are ill; meanwhile they start prolonged, seemingly endless wars of aggression against nations that posed no threat whatsoever: Afghanistan, Iraq, Libya, and now Yemen.

Did you know that Egypt and Tunisia had lower unemployment and disparity of income than the United States?

Organizers are calling a demonstration planned for October 6, 2011 in Washington’s Freedom Square “the biggest story on the progressive sphere of the Internet tomorrow.” October 6th marks the tenth anniversary of the U.S. invasion of Afghanistan.

This, they say, will not be the usual sad protest demonstration in which people show up, chant slogans, march around, then pack up their signs and go home.

[Full disclosure: I have endorsed October 6th and will attend.]

The idea behind October 6th is simple: to recreate Tahrir Square two blocks away from the White House.

“We are not packing up and leaving this time,” says Tarak Kauff, one of the October 6th organizers. “We are preparing to stay as long as we possibly can or until some basic demands are met. If we are driven out, we will return.”

In other words, clear your calendar for the 6th, the 7th, the 8th…however long it takes for the Obama Administration to yield to key demands, including immediate withdrawal of American troops from Afghanistan and the other wars. Participants are being asked to sign a pledge to attend at october2011.org. 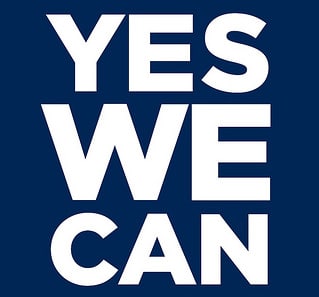 “Previous demonstrations were one-day events which were simple for the Administration and Congress to ignore,” Margaret Flowers, another organizer, told me. “The large demonstrations usually happened on weekends when there was little going on in Washington. “This is different because it is an occupation that begins on a Thursday, a day of business, and will continue.”

They will keep the heat on. “We intend to stay and to have waves of nonviolent civil resistance. The time for symbolic actions has ended. Too many people are suffering and dying here and around the world because of the policies of this nation. The planet is suffering because of the policies of this nation. This government has demonstrated that it is incapable of acting in the best interests of the people and planet. We say that this is unacceptable and we will stay and resist until this changes,” Flowers said.

All the participating groups have pledged to remain nonviolent. However, it is not hard to imagine the Washington police or other state security apparatus reacting brutally to the occupation of part of downtown Washington by tens or even hundreds of thousands of people. Hoover crushed the Bonus Army. Antiwar demonstrators at the 1968 Democratic National Convention were beaten. Chinese authorities refused to tolerate the occupation of Tiananmen Square. We have seen dissent crushed in Iran, Bahrain and Syria.

A real demand for real change? The system will view that as a threat.

Flowers: “If the police respond violently, we will do our best to maintain a nonviolent response. If we responded with violence, it would reinforce the police violence and they have weapons, so more people would be hurt. We do not want that. It will be very unfortunate if the police and others working for the security state choose violence. But that is a possibility as we are seeing in this country and around the world. Empires have a history of violence. We want a different kind of society—one that is peaceful, just and sustainable. That is the kind of society we intend to model during our occupation.”

Unlike previous demonstrations, which tended to center around one issue like globalization or gay rights, October 6th is an attempt to unify the American Left into a holistic attack upon the main cause of most of the problems we face: the hegemony of big business that is the inevitable culmination of late-stage capitalism.

Tarak Kauff: “October 6 is…a call for people to stand up to, and resist the root cause not only of our global war-making for profit, but of near catastrophic ecological disaster, pollution, an austerity budget cuts that will devastate the poor and working class, lack of adequate health care and just about every social ill you can think of. What’s the root cause? You got it before I can say it. That’s right, the corporate state.”

October 6th has lit up the leftie blogosphere. If things come together, it could be The Big One: the major event that marks the beginning of the end of the two-party trap and a political system that extracts wealth from the poor and middle-class for the benefit of the wealthy.

Organizer Kevin Zeese adds: “I expect that we will be staying, and not just for the 7th and 8th. We will be working through various scenarios on what will happen depending on how the government responds. In similar events around the world there have been a range of actions and protesters have had to adjust depending on them. Our intent is to stay until we are satisfied with the response.”

“History is not a fairy tale you read to your children at night,” reads the mission statement. “It is not something someone else did in another place. History is right here and right now, in front of you.”

About the Author: Ted Rall is the author of “The Anti-American Manifesto.” His website is tedrall.com.