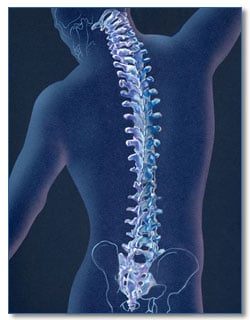 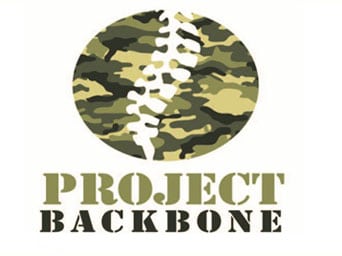 Catastrophic injuries are a sad reality of war and our brave men and women of the military are aware of these risks and still elect to carry out their duties in defending our country.  The US Government allocates billions of dollars in outfitting our soldiers with the latest in protective gear and life saving equipment.  Ironically, some of this gear may be contributing to the debilitating injuries many soldiers are suffering.  Due to this increase, Dr. Richard A Kaul of New Jersey Spine and Rehabilitation, in tandem with US Army One Source, has begun Project Backbone.  This is an initiative that will provide no cost back and spine care for veterans of the conflicts in Iraq and Afghanistan.

Thankfully, due to the increased safety protocols, the fatality rate in these conflicts have been significantly decreased from those of prior wars.  Unfortunately, the injury to fatality ratio is at an all time high, 16:1 (rates were 2:1 in Korea and Vietnam) and the majority of these injuries have been musculoskeletal and spinal injuries.  According to a Military study, 56% of all fractures suffered during combat were spine related.  These injuries were results of gunshot trauma, blast trauma and injuries incurred throughout deployment.  Furthermore, according to a study at Johns Hopkins University, one third of all medical evacuations were due to these types of injuries and were the leading cause for discharge before enlistment was completed.  In addition, only 1% of those who suffered these injuries returned to active duty.

Back and spine conditions may begin as early as the training phase of an enlistee’s service.  The arduous and grueling training process has been well documented and soldiers are put through amazing amounts of physical and mental stresses to adequately prepare them for deployment.  One of the most common and also useful practices is runs, walks and hikes over miles of terrain, sometimes up to 25 miles.  This increases stamina and endurance which is essential for the soldier.  However, this is all done while carrying from 97 lbs to 127 lbs of gear on their backs.  All of this gear is necessary and most soldiers would not survive without it.  However, An Army Science Board study from 2001 noted that the weight soldiers carry could decrease mobility and increase fatigue and injury. The report recommended the soldiers carry no more than 50 lbs for any length of time.  Yet, these soldiers are carrying twice that for up to 25 miles.  Doctors have found that over time the increased weight on the spine can lead to spondylolisthesis, herniated discs and sciatica.  This study also led to the introduction of what is known as backpack palsy.  A condition caused by carrying the increased amounts of weight causing compressing of the nerves in the arms and shoulders leading to nerve damage, chronic pain and RSD due to impinged nerves.

The Armed Forces also face a much greater risk of injury during battle especially from gunshots, bomb blasts or IED’s (Improvised Explosive Devices).  This was especially apparent during our occupation of Afghanistan when roadside bombs became an epidemic and were causing a high rate of fatalities.  The US Military responded by unveiling the MRAP.  These vehicles were made to be capable of driving over explosives without sustaining any damage to either the vehicle or soldiers inside.  However, months later the Afghan insurgents began to build much more powerful IED’s in an effort to thwart these vehicles.  Still, the vehicles withstood this increased power of these explosions.  However, the sheer force of these explosions were lifting these 15 ton vehicles off the ground.  The result was passengers suddenly being thrust upward and their heads to strike the steel inner roof of the vehicle and then quickly slamming back into the seat.  This caused both cervical and lumbar spinal compressions and due to the speed at which both compressions occurred in succession, several instantaneous spinal injuries occurred and 14 soldiers were completely paralyzed from these attacks.

Spinal injuries have not been solely limited to our forces on the ground.  A similar military study linked those in the Air Force to be at a very high risk of degenerative spinal conditions as well.  A study examined 109 former military parachutists.  46 of these parachutists had a radiological examination of the lumbar spine, the results were:

This seems to be a realistic concern considering the speed the body is traveling when landing a parachute jump.  Even with the canopy fully open and all conditions properly factored the jumper can be hitting the ground at over 20mph.  This force is absorbed by the lower extremities, which in turn is absorbed by the spine.  This impact often causes the disc degeneration and vertebral fracture that were cited in the study.

Sadly, it does not seem that the US Governments Medical Guidelines have kept in step with advances in medicine, especially those regarding back, neck and spine care.  According to the Department of Defense’s Clinical Practice Guideline, there is no protocol past conservative modalities (chiropractic care, physical therapy and pain reduction through the use of pharmacological drugs).  These modalities offer nothing in the way of curing the condition and may often worsen the condition due to improper diagnosis and care.  Also, this has led to a startling rate of opiate addiction.  One government study found as high as 14% of returning veterans had an addiction to opiates.  If a veteran elects to have a surgical intervention, most VA Hospitals are still employing the traditional approach to spine surgery.  These surgeries include a very large incision, dissection of muscles, bones and nerves, prolonged hospital stays, months of recovery time and an astounding rate of post-operative infection.   The US Government has not kept its policies up to date with the latest advancement is medical technology, especially in the area of spine and more specifically Minimally Invasive Spinal Treatments.

These astounding facts have prompted Dr. Richard A Kaul to begin Project Backbone in an effort to see that these veterans can receive the most complete and accurate care possible.  Dr Kaul is a pioneer in Minimally Invasive Spine Procedures as well as Interventional PainManagement. “I have had veterans come to see me before and the main hurdle seemed to be their insurance carriers not acknowledging the need for further treatment beyond conservative care.”

Through this initiative veterans will receive no cost consultations and no out of pocket expenses for surgical or pain management treatments.  “These brave men and women put their lives on the line on a daily basis.  The least we can do to show our gratitude is ensure that they have access to the most effective care possible”, says Dr. Richard A Kaul.

“They have spent months or even years away from their families.  The last thing we would want to do is have them lose more time with ineffective treatments and unnecessary hospital stays.  Their goal is to spend as much time with their families as they can.  We share that goal.”

Veterans interested in being involved in this program can find more information at:  www.njsrlaserspine.com