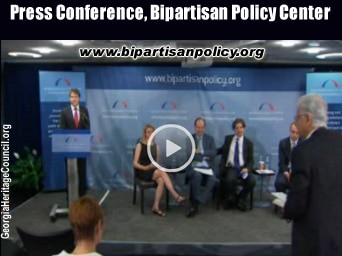 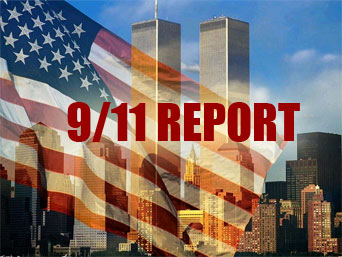 Following brief remarks by Mr. Kean, Peter Bergen (NSPG member and Director of the National Security Studies Program at the New America Foundation), and Peter Neumann (Founding Director of the International Centre for the Study of Radicalisation at King’s College London and BPC Visiting Scholar) offered brief comments on the report, and engaged in a discussion moderated by Siobhan Gorman, Intelligence Correspondent for the Wall Street Journal.

During the question and answer period, I rose to support Mr. Neumann’s recommendation for engaging with Muslim communities, and asked “which Muslim communities?” I added that groups such as the NSPG, and those in the US government, tend to engage with those Muslims who agree with them, and shun those that don’t. Dialog with only those who agree with you is not very effective.

I then handed copies of “9/11 Unveiled” to Messrs Kean, Nuemann, Bergen, and Ms. Gorman. The book is a free.  Download at TWF.org.

The event was filmed, and should be available for viewing later at the Bipartisan Policy Center.