Home Government The Needs of Gulf War Vets (90-91) Attention on The Hill in... 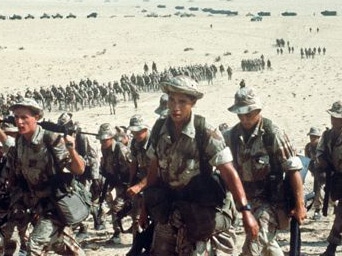 Every day I deal with fellow veterans of the gulf war 90-91 and it is so difficult.  It is difficult because each of us that stood up early in the 90’s after coming home ill, knew we had to do what we do, not just for ourselves but because we truly believed in caring for our fellow veteran.

To most of us we never wanted compensation or heaven forbid to be “””Disabled”””  much less one with Invisible “not amputations and scars” Damage.  WE had heard of Agent Orange, Atomic Veterans, Mustard Gas exposed but it is one thing to hear but another thing to truly understand and know.

We believed that the system had not responded to these past marks on history correctly and that THIS TIME we had to truly make a difference not just for ourselves, our fellow Gulf War Veterans 90-91, but backwards to our fellow veterans and yet forward to the future exposed veterans.

Today I got this note from a veteran of the Gulf War 90-91 and it was one that just rang the bell again and again.  Read it:

In their own words:

wrote: “The VA is assisting in treating the symptoms of GWI without diagnosing it as an illness. I continue to report my symptoms with medication being prescribed – it’s often a hit or miss.

It has been over a year since I stepped in the VA clinic with an unexplainable disease that is continually changing.

If it wasn’t for my family I would have ended up on the streets.

Going from a high rise rental in NYC to begging for a place to lay my head at night.

The disease is unexplainable but yet duplicated amongst so many. I feel like I’m being led in this strand of hope that someday I will be able to get back to myself.

It’s not the things that I miss – it’s my identity. What pill is going to give this back to me.

I’m waiting for compensation or assistance for what? To be dependant on someone else the rest of my life…”

Wow, read it and save it and read this everyday!

Share it with your US Representative in answer to why we need to fund the DOD CDMRP GULF WAR ILLNESS RESEARCH PROGRAM and to find a way to fund it more and give it the Priority it Should have.

How can we do all we do for those with Amputations, Traumatic Brain Injuries, PTSD, and not- not hear and see what hazardous environmental exposures do to the body and body systems that soldiers and veterans experience in performing their duties.

America, especially our elected officials on the hill in DC.  Those hallowed halls so removed from your invisible but damaged veterans that are bunkered in where ever they are.  Hear the suffrring and respond to our needs.  We need more than 6.4 million for research on GUlf War illness in the DOD CDMRP that is within the Defense Appropriations Bill that is awaiting floor action in the US House Of Representatives.  We need a bare minimum of 8 million to keep the program we fought to develop at DOD CDMRP for GUlf War Illness.  We need more than the 10 million that is to be offerred as an amendment from the floor.

WE need as the head of the IOM NAS chairman of the last Gulf War iIllness report from the IOM NAS said 25 million.  We have worked to seek cooperation for the best science and best researchers world wide to come together and work in consortiums between universities world wide to tackle this huge health issue.  WE have three consortiums that are tenatively in the works.  That is why the chair of the NAS/IOM Report called for 25 million annually to start and make big headway.

This task should have happened decades ago in looking at our Mustard Gas Veterans in the World War, the Atomic Veterans, the Agent Orange Veterans, The Gulf War 1990-91 Veterans, and yes even our current OIF-OEF exposed veterans.  All of these are the neglected, the forgotten, the ignored because of the cost factor.  We can not afford to stick our heads in the Sand.  Our Bodies are being buried in an early grave because of this neglect.   This is not just for our veterans but for the civilians that suffer environmental diseases from exposures and our civilian population that would be affected if chemicals or dirty weapons were to be exploded in the United States.  If you can pay attention to the World Trade Center Rescuers and those injuried by exposures during 911 then one should not forget the Soldier- the Veteran.

I ask as an ill Gulf War 1990-91 Veteran and Nurse officer that served my country from 1972 to even now.  I am not paid, I do what I can to help my fellow veterans and active duty and you the everyday citizen that never served.  I ask you all to pick up the phone and call every one of your US Representatives and Senators ask them to help us find answers thru research for development of biomarkers, to discern the best diagnostic tools, and treatment trials for Gulf War Illnesses.  WE need everyone’s help now and continued visability for this issue.