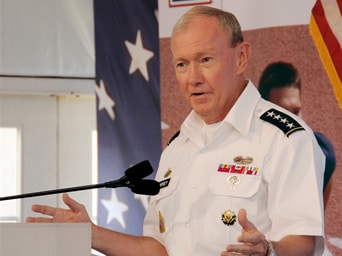 The center also will support families and caregivers of the wounded as they transition from inpatient to outpatient care.The ceremony also marked the official launch of Operation Enduring Care, USO’s $100 million support initiative. A quarter of these funds will go to construct both the center here and one at Walter Reed National Military Medical Center in Bethesda, Md. Another $25 million will ensure these centers are self-supporting, and $50 million will underwrite programs to be offered at the centers and around the world for service members and their families.

“It’s a great day for Fort Belvoir and the warrior care triad,” Army Col. John J. Strycula, Fort Belvoir garrison commander, said at the event. “Along with our new community hospital, our wounded warrior complex with personnel lodging, command and control headquarters, and Soldier and Family Assistance Center — and this USO facility where warriors can relax — we’ll have established a home away from home.”

Strycula said about 200 wounded warriors will initially move here from the closing Walter Reed Army Medical Center in Washington, D.C., with the capacity being more than 400.

The center, he noted, will be an important cog in the concept of soldier and family-centered care and recovery. It will include a family kitchen, a children’s play space, recreational areas, classrooms, a learning center and a business center.

The center also will also be a place where soldiers and families can find peace, solace and care during their recovery process. The 25,000-square-foot building also will include movie theaters and healing gardens.

Strycula said that although the operations in Iraq and Afghanistan are slowing down, the need to care for the complexity of wounded warriors’ and their families’ visible and invisible wounds will continue far into the future.

“When our troops come home, we have a commitment to do the right thing,” he added.

“In many ways, my career of 37 years began with the USO when they helped Second Lieutenant Dempsey after landing in Germany,” the general said. Caring for service members and their families is an enduring responsibility, he added.

“Over the last 10 years, I’ve often wondered, ‘Why do these young men and women of all branches of service … do what we ask them to do … why do they venture out into harm’s way?'” he said. “They do that because of one simple value that defines our profession — and that value is trust.

“They trust the men and women to their left and right,” he continued. “They trust their leaders, and importantly, they trust that behind them, back in the United States … that if something happens to them, they’ll be cared for medically … [and] their families will be cared for, and that’s what this is all about.

“And I’m very proud and very excited for what the people at the USO are doing,” the general added.

In 2003, the USO began its care for the wounded warrior community at Ramstein Air Base, Germany. Five years later, the USO Warrior Center was built at Landstuhl Regional Medical Center to serve the outpatient wounded until they were cleared to return to their unit in Afghanistan or Iraq.

The Wounded Warrior and Family Center here is scheduled for completion in the fall of 2012.

Officials break ground for the new Wounded Warrior and Family Center at Fort Belvoir, Va., June 27, 2011. The project is scheduled for completion in the fall of 2012. U.S. Army photo by Rob McIlvaine