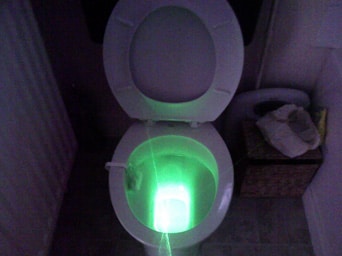 Vets, You could be, too.

“Newsflash: The radioactive crisis near Fukushima isn’t getting any better.
This has been something we discussed in the last few weeks, but now there are some new disturbing details.

From Japan Times:
More than 3 millisieverts of radiation has been measured in the urine of 15 Fukushima residents of the village of Iitate and the town of Kawamata, confirming internal radiation exposure, it was learned Sunday.

Both are about 30 to 40 km from the Fukushima No. 1 power plant, which has been releasing radioactive material into the environment since the week of March 11, when the quake and tsunami caused core meltdowns.”

Thank you to Joe Weisenthal, Business Insider and to Japan Today.

As VeteransToday readers may immediately recognize, urine assay with a mass spectrometer, is one of the few valid ways to determine internal radioactive uranium contamination.

Just like the Troops in US War Zones get contaminated from their own radioactive weaponry; the people living in Japan are on a radioactive battleground now. They are in the same boat as US Troops; there is no way to win against tiny, invisible, deadly radioactive particles.

The poisonous RadParticles will Zap you every time. Breathe them, eat them, or maybe they are so small they go right through your clothes and your skin. Whether it is a little and “fibromyalgia” or a lot of Rad and a quicker, agonizing death, only time will tell.

Whatever, praying to the goddess Morphine and adult diapers are your destiny now. Yea, many of you, along with the Japanese have already been killed deader than a doornail and are still walking.

There are only about 50 of these mass spectrometers equipped with Geology attachments to measure internal uranium isotopes in the world. Most people will not know to get tested and will not know why they are mysteriously sick and dying. Fat chance of them even trying.

It is unlikely their contaminated bodies will be tested after death. If the bodies are cremated, the RadPoison will be released to kill again. Not a pretty picture. It does have the singular distinction of being reality, though. A bit gritty.

Like US Army and Marine Vets contaminated in American wars and “actions,” the Japanese report gives fresh fullness the old phrase “Pissin’ your life away.”
[End]

“GI’s Brains Fried by Military Dispensed Nose Candy,” Bob Nichols, Oct 2, 2010, VeteransToday, “The radioactive 850 rounds a minute automatic weapon is about as big as the period at the end of this sentence, never needs reloading and never jams. It’s a perfect killing machine …”

“BOB NICHOLS: The War on Sperm in Iraq,” Bob Nichols, September 10th, 2010, VeteransToday, “Each isotope is prized for its illness and death dealing properties, but none more than those that affect human Germ or reproductive cells: Sperm in men and the ovaries full of eggs in women. Same for you “Don’t Ask, Don’t Tell” Queers – no one is exempt or immune, radiation is a perfectly equal opportunity Zapper.”

“UPDATE NO 1– EVACUATE NOW!: This is Not a Drill,” Bob Nichols, Aug 22, 2010, VeteransToday, “(San Francisco) – Russian forest fire fighting officials have fires to fight on at least two fronts. One is the thousand degree dried peat bog smoldering, very smoky, radioactive fires. The other is the familiar Soviet bureaucratic front of rampaging old KGB officers firing work a day guys just trying to do their impossible job. However, […]”