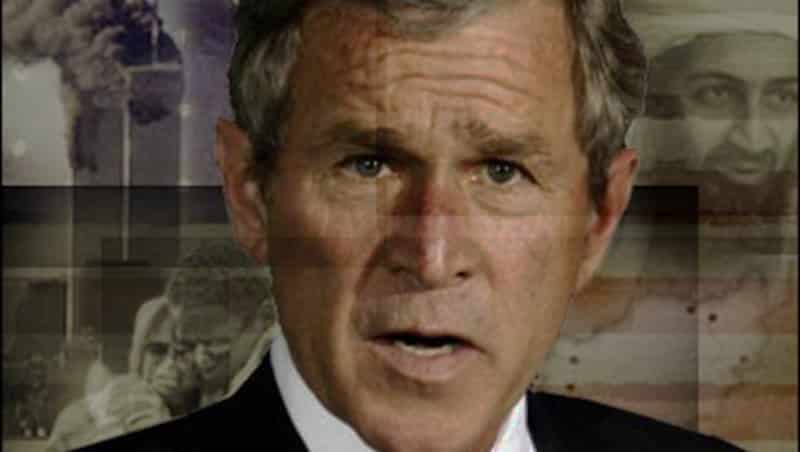 by Chris McGreal in Washington

Human Rights Watch claims the Obama administration’s failure to act on evidence, and also names Cheney and Rumsfeld in the report.

A US human rights group has called on foreign governments to prosecute George W Bush and some of his senior officials for war crimes if the Obama administration fails to investigate a growing body of evidence against the former president over the use of torture.

The New York-based Human Rights Watch said in a report released on Tuesday that the US authorities were legally obliged to investigate the top echelons of the Bush administration over crimes such as torture, abduction, and another mistreatment of prisoners. It says that the former administration’s legal team was part of the conspiracy in preparing opinions authorizing abuses that they knew to have no standing in US or international law.

Besides Bush, HRW names his vice-president, Dick Cheney, the former defense secretary, Donald Rumsfeld, and the ex-CIA director, George Tenet, as likely to be guilty of authorizing torture and other crimes.

The group says that the investigation and prosecutions are required “if the US hopes to wipe away the stain of Abu Ghraib and Guantánamo and reaffirm the primacy of the rule of law”.

HRW acknowledges the broad allegations are not new but says they should be given fresh attention because of growing documentary evidence with the release of previously classified papers, admissions made in books by Bush and others, and from a leaked International Committee of the Red Cross report that details illegal practices by the former administration.

The author of the HRW report, Reed Brody, says the issue also deserves renewed scrutiny because the Obama administration has all but abandoned its obligations. “It’s become abundantly clear that there is no longer any movement on the part of the Obama administration to live up to its responsibilities to investigate these cases when the evidence just keeps piling up. Just this year we have the different admissions by President Bush that he authorized waterboarding,” he said.

HRW says Bush and his senior officials are open to prosecution under the 1996 War Crimes Act as well as for criminal conspiracy under federal law.

“There is enough strong evidence from the information made public over the past five years to not only suggest these officials authorized and oversaw widespread and serious violations of the US and international law, but that they failed to act to stop mistreatment, or punish those responsible after they became aware of serious abuses,” it said.

Among the accusations in the report are that Bush approved waterboarding, ordered the CIA secret detention program and approved illegal abductions of individuals delivered to foreign countries for torture, known as renditions.

The report described Cheney as “the driving force behind the establishment of illegal detention policies and the formulation of legal justifications for those policies” including torture. Rumsfeld is said to have “approved illegal interrogation methods that facilitated the use of torture by US military personnel in Afghanistan and Iraq”, and Tenet “oversaw the CIA’s use of waterboarding”, and that the agency also “disappeared” detainees by holding them in incommunicado detention in secret locations.

HRW calls on foreign governments to act if the US fails to. “Under international law any country has jurisdiction over torture and war crimes,” said Brody.

The organization noted that over the past two decades an increasing number of countries, particularly in Europe, have applied universal jurisdiction laws in prosecuting individuals responsible for crimes in Rwanda, the Balkans and Africa. The US itself used the principle of universal jurisdiction to prosecute “Chuckie” Taylor – son of former Liberian dictator Charles Taylor, now on trial before an international tribunal – for torture in Liberia.

Asked if foreign leaders, such as Bush’s ally, Tony Blair, were also vulnerable to prosecution, Brody said there was a difference between political responsibility and criminal liability for directly ordering abuses. But he said that the political complicity of some European countries makes it necessary for them to act.

President George Bush: He has publicly admitted that in two cases he approved the use of waterboarding. Bush also authorized the “illegal CIA secret detention and renditions programs, under which detainees were held incommunicado and frequently transferred to countries such as Egypt and Syria where they were likely to be tortured”.

Vice President Dick Cheney: “The driving force behind the establishment of illegal detention and interrogation policies, chairing key meetings at which specific CIA operations were discussed, including the waterboarding of one detainee, Abu Zubaydah, in 2002.”

Defense Secretary Donald Rumsfeld: “Approved illegal interrogation methods and closely followed the interrogation of Mohamed al-Qahtani, who was subjected to a six-week regime of coercive interrogation at Guantanamo that cumulatively appears to have amounted to torture”.

The CIA director, George Tenet: “Authorised and oversaw the CIA’s use of waterboarding, stress positions, light and noise bombardment, sleep deprivation, and other abusive interrogation methods, as well as the CIA rendition program”.