1. The needs of military veterans are both chronic and acute.  Youngstown Vindicator  Residents will not only have a home, they will have easier access to support services such as mental-health or substance-abuse treatment, the US Department of Veteran’s Affairs medical clinic or job training. The third story concerned US Sen. …

2. Business incubator offers help to returning veterans.  Milwaukee Journal Sentinel  Veteran Entrepreneurial Transfer Inc. in late March received a two-year $3.2 million contract from the US Department of Veterans Affairs. The organization, formed by local business people, is among three groups that got funding from the VA to help …

3. Judge urges Army veteran subdued by SWAT team at Oregon VA office to hire. The Republic  A judge has urged a Eugene man to hire an attorney to help him with charges that he allegedly threatened employees at a US Department of Veteran’s Affairs office with a shotgun. The Eugene Register-Guard reports 71-year-old Army veteran Milan Boon was …

4. The American Legion Slams Veteran-Unfriendly “Coburn Proposal” to Cut VA. PR Newswire  The MilCon/VA bill is the legislation that funds not only military construction but the Department of Veterans Affairs (VA) as well. As it stands, the VA has the responsibility to establish a “positive association” between a veteran’s compromised …

6. Florist knows how to ‘Make Someone Smile’.  Jackson Clarion Ledger  The state Veterans Home is a 150-bed facility, Reed said. And to qualify for a spot, a resident must be a veteran, but ultimately, she said, GV “Sonny” Montgomery Veterans Affairs Medical Center officials decide who can reside there. …

7. States save by moving vets from Medicaid’s rolls to VA’s.  Bellingham Herald  Of the 22.6 million veterans nationwide, only 8.3 million received health care in VA facilities in 2010, according to the US Department of Veterans Affairs. Many do not know they are eligible. Some 40 percent of current veterans are over the age of 65. …

10. Guide issued to help get aid to homeless women vets.  Washington Post (blog)  The female veteran population is estimated to grow from 1.8 million in 2010 to 2.1 million by 2036, according to the guide, referencing the US Department of Veteran Affairs. The guide notes that women vets are up to four times as likely as their male … 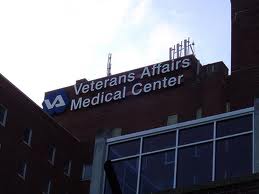 The Salem VA Medical Center in Salem, Va., recently opened its new Center for Traumatic Stress (CTS) which was dedicated on June 13. The Center for Traumatic Stress is an outpatient clinical, education, and research center that provides services to Veterans with PTSD, returning combat service members, and those who may have experienced military sexual trauma. The CTS provides initial assessment and treatment. Groups include psycho educational, skills training, and exposure treatments. Individual therapy and marital therapy are offered, both focusing on health, interpersonal violence, PTSD and shame, and effectiveness of PTSD treatments. The CTS also provides outreach to returning service members, families, and community providers and agencies.