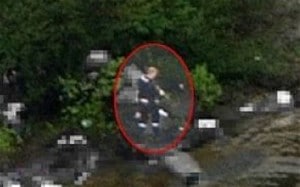 How much was the mind of Anders Behring Breivik conditioned and warped by Zionist propaganda as peddled with the assistance of Christian fundamentalism by much of the Western mainstream media and many web sites?

It’s bad enough that Zionist propaganda has prevented a cure for the Israel-Palestine conflict, but if now that same propaganda is inspiring Europeans in Europe to slaughter their own, the future is very, very frightening.

How much was the mind of Anders Behring Breivik conditioned and warped by Zionist propaganda as peddled with the assistance of Christian fundamentalism by much of the Western mainstream media and many web sites?

In his summary of what the monster had stated behind closed doors in court, Judge Heger said he had argued that he wanted to create “the greatest loss possible to Norway’s governing Labour Party”, which he accused of failing the country on immigration and opening the door to the “Muslim colonization” of Norway and all of Europe.

There could not have been a more effective way of inflicting at a single stroke a great loss than gunning down many members of the Norwegian Labour Party’s youth wing, the Workers Youth League (AUF), which was assembled on Utoya Island.

Two days before the massacre there, and as Gilad Atzmon has researched and noted, the AUF’s leader, Eskil Pedersen, gave an interview to Dagbladet, Norway’s second largest tabloid newspaper. In it he said: “The AUF has long been a supporter of an international boycott of Israel but the decision of the last Congress demands that Norway impose a unilateral economic embargo on the country… I acknowledge this is a drastic measure but I think it gives a clear indication that, quite simply, we are tired of Israel’s behaviour.” (My own view is that behind closed doors all Western governments, including the one in Washington D.C. in the person of President Obama, are tired of Israel’s behaviour).

There are two things we know for sure.

One is that Breivik is fanatically anti Islam and pro Zionism.

The other is that Zionism’s propaganda machine has been set to work at full speed, day and night, eight days and nights a week, to demonize, discredit and destroy all who are calling and campaigning for Israel to be boycotted.

From the obscenity of the Nazi holocaust to the present, Zionism’s success in selling its propaganda lies as truth is the reason why the search for peace based on an acceptable amount of justice for the Palestinians has been, and remains, a mission impossible.

I describe the Israel-Palestine conflict as the cancer at the heart of international affairs which threatens to consume us all. It’s bad enough that Zionist propaganda has prevented a cure for it, but if now that same propaganda is inspiring Europeans in Europe to slaughter their own, the future is very, very frightening.

I don’t know the answer to my headline question but I think investigators in Norway, prosecutors and psychiatrists, must dig deep enough to find it.