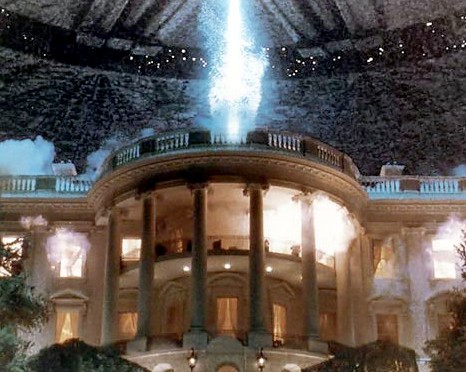 Is Fantasy Now a Reality, Has it Always Been?

There is a cult within the intelligence community, those who chase the brass ring, the highest level of security of any documents or programs. Even presidents have been denied access.

Our only connection to that “other world” is television, shows like Fringe and the dozens of TV shows and hundreds of films based on the Majestic 12 documents. Few are aware that shows like X Files or films like Independence Day or Close Encounters of the Third Kind are based on evidence with an aspect of discernible authenticity. Did you catch my use of “weasel words” there?

For decades we have been bombarded with UFO stories, tales of government mind control, secret death rays, mysterious aircraft “reverse engineered” from flying saucers, nuclear weapons the size of baseballs, it never ends.

With the rise of anti-government feeling, rage and anger, some of it carefully engineered from the inside out of something more than partisanship but as an obvious tool to undermine public participation in democracy, we call it “the Murdoch effect,” conspiratorialism has become a disease. It is also a tool of deception.

At one time the FBI infiltrated, first organized crime, then trade unions, then the Klan and now, they are after 9/11 Truth, environmental groups and, particularly, any political group that, no matter how peaceful, espouses creation of a 3rd party.

The top of the list, however, is free journalism and the internet.


For a short time, Julian Assange was a hero. Crooked politicians called for his extradition and imprisonment. His associate Bradley Manning is still a political prisoner, no question about that.

But revelations about Assange and his connections to Israel, the New York Times and his admissions of bias and censorship, ended that.

Independent analysis of Wikileaks found valuable material for sure but only enough to sell the real product, phony intelligence in Iran and Pakistan and clear manipulation of world politics in favor of long range Israeli goals.

Assange, to those of us in media who yearned for a hero, someone like Ken O’Keefe, but with real “insider access” left us disappointed. We felt betrayed.

One of the last things Assange did of note, not writing him off yet however, after all, he hasn’t gotten a stake through the heart, was to hint at the release of UFO files. He says he has them.

Something you don’t know about happened. A Scottish systems administrator, a computer guru named Gary McKinnon, back in the early 2000’s, hacked top NASA and Defense Department computers. Though the US claims he destroyed files and accessed secrets, perhaps he knows where Iraq’s WMD’s really went to. That’s cheap cover.

In fact, the stories about McKinnon ring like the tales of superspy Jonathan Pollard, the Israeli touted with stealing “chickenfeed” but getting a life sentence with top intelligence and defense officials threatening “bombshells” if Pollard is released, even though Prime Minister Netanhayu has begged for “mercy” for Pollard.

The truth? Pollard spied, not for Israel but “through Israel,” for the Soviets, causing over 1100 US agents, CIA and assets to be arrested, tortured and killed. Information Pollard sold to the Soviet Union, we have since learned, nearly drove them to a nuclear “first strike” against the United States.

This is how governments lie, no secrets there.

McKinnon got the “motherlode.” He got UFO files. Now, you will love this one, our secret squirrel agencies are so creative. What we have leaked is that McKinnon got records that prove America has a “10th Fleet” of interstellar battleships, right out of Star Trek.

Sounds to me like he may have hacked the gradebooks at Star Fleet Academy, perhaps trying to get a Bush family member a slot on the USS Enterprise on one of those “5 year missions,” you know the ones, where they meet aliens, explore new planets and have sex with new and unusual species.

Of course that goes on in Washington all the time anyway, all of it.

This is where “sources” come in.  We can’t access Assange’s UFO files, ones we are told talk about secret bases in Antarctica and Chile, that outline UFO wars over Mexico, oddly somewhat supported by video evidence.
[]

A few weeks ago, Veterans Today covered a UFO siting, filmed with an IPhone, over Central London.  We laughed about it but we also filed it away. The Londoners staring up at this weren’t part of the “tin foil hat” brigade. It’s not about whether or not “they” are intelligent life but rather whether we are.

McKinnon became “public enemy number one,” not for stealing files that tell a story nobody will ever believe, I sure don’t. He has something else, this is what “sources” tell us. We’re going to look at where the chatter goes and discuss the even greater significance of “disclosure.” 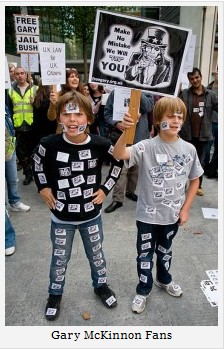 We know the US government lied about Iraq. Some of us know bin Laden died long ago. Most accept that John F. Kennedy was murdered by 3 snipers, my guess working for FBI director J. Edgar Hoover. My guesses are “better than average.” Check on that. 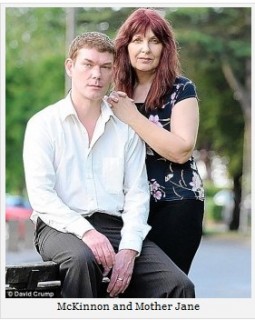 Scandals like Watergate brought down a government with almost nothing while Iran Contra, something a thousand times more serious, narcotics and arms trading by the White House, disappeared from history.

9/11 is the grand daddy of all scandals, a long exposed and admitted coverup that would expose the US government in a scandal so evil, so frightening that its severity alone is what protects it. There may even be more to this story, something we will be getting back to.

For adequate background, something needed early on, on the direction conspiracy theory is heading, the Richard Dolan video, a very long presentation, is probably worth watching.

I will preface the link by saying that I teach classes in debunking phony intelligence. This is one of my niches in life, the result, very truthfully, of being an idiot and learning to laugh at myself. There is no better school than the University of Life.

I have bought an education there few can approach. When I am accused of spying by such as Jonathan Kay, I nearly laugh myself to death.

What is the most important thing is being able to pick facts or reasonable assumptions from things others want you to believe. Here is a free lesson:

If it sounds good, confirms your suspicions and makes you want to act, send money to someone or vote for some idiot, you are being lied to. 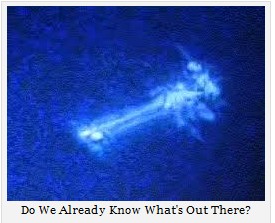 Anyway, here is the Dolan piece. What is dangerous about it is this:

The parts that are most boring or most unpleasant are most likely true. I don’t know Dolan, don’t know his motives but “sources” high in security agencies say that this video has upset people very much.

As for why, we are going to discuss this and perhaps a bit of what McKinnon found as well.

[youtube DsJDsxmzMDw]
The “chatter” involves “disclosure.”  Disclosure means America admitting that there is something much more critical than flying saucers and the dreaded “anal probe.”  Disclosure means, as Dolan suggests, that we have had a secondary technical capability that only creeps into our daily lives when it passes an economic filter.
This is the supposition:
Alien technology has been recovered, perhaps by Germans during World War 2, I have had “leaks” confirming this, no, not the V2 or the ME262, but things much more advanced.  America is said to have such technology, has had it for decades and certain aspects of it are used in technologies we are using now.

Others are kept “black.” The confirmations received verify that we do have “alien technology.” 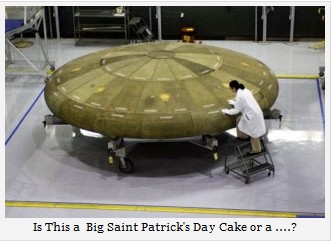 Let’s talk a bit of history. I mentioned Majestic 12. Don’t bother looking it up, OK, try but you will be driven in circles. Many years ago, I was made privy to a heavily redacted document, US government, highly classified, that made mention of space aliens, flying saucer crashes, “men in black,”…in fact several seasons of X Files.

Feel free to Google Majestic 12 and read what you can find. However, real documents leaked on the internet in the early 1990s have been surgically removed.

Heading from possible “wild conjecture” to more solid ground, if such exists in an area like this, technology is at the heart of the discussion. These are the high impact common technologies that “sources” say exist:

This is pure Hollywood. The question, however, is a more “gentle” version capable of bringing down aircraft, affecting weather or, perhaps dropping the occasional large public building?

Were this so, have they been keeping their “physics” under wraps, whether to save the auto industry, keep big oil going, stir up new wars or simply out of some sickness, a madness that having the power of the g-ds at ones fingertips is known to bring? Could these technologies exist now? Have they existed for decades?