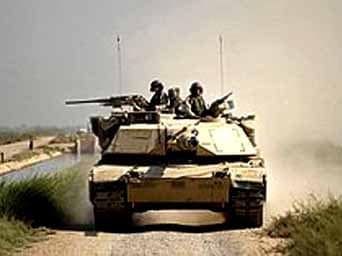 Lest anyone jump to the conclusion that this article is about my opinion, let’s start out with the military definition:

”Induced radiation: (DOD, NATO) Radiation produced as a result of exposure to radioactive materials, particularly the capture of neutrons.” (From Military Dictionary: ”US Department of Defense Dictionary of Military and Associated Words” Terms and concepts associated with the military. Induced-Radiation)

Induced radioactivity occurs when a previously stable material has been made radioactive by exposure to specific radiation(specific being: alpha, gamma, neutrons, x-rays).

The author recalls reading decades ago, in the context of research about the push for fusion power production, that where there is substantial neutron activity, the equipment that initially was not radioactive eventually becomes so radioactive that it must be decommissioned. To date I’ve seen not seen very little discussion of this aspect of the use of DU. It is not insignificant.

Neutron activation is the main form of induced radioactivity, which happens when free neutrons are captured by nuclei. A less common form involves removing a neutron via photodisintegration. In this reaction, a high energy photon (gamma ray) strikes a nucleus with an energy greater than the binding energy of the atom, releasing a neutron.

Induced radioactivity was observed early on along the rocky road of nuclear sciences; it was first observed in 1934, by Irene Curie and Frederic Joliot. They bombarded aluminum metal with alpha particles in the following reaction:

The casings, at least for the 30mm DU munitions are aluminum! (“Al” noted in the above equation). The “He” noted in the above equation represents an alpha particle, an alpha particle is essentially a helium atom. The resulting atom is phosphorus (“P”) plus a neutron (“n”). The neutron that results can go on to induce radioactivity in other atoms of aluminum or steel or….

The resulting phosphorus atom is radioactive with a half life of approximately 14 days. This is not insignificant. I can’t help but wonder what role induced radioactive phosphorus played in causing the increases in horrid birth defects in Iraq and elsewhere. Phosphorus is an essential element in DNA, RNA, amino acids, etc., the building blocks of life.

Surely those concerned about DU munitions have learned that U-238 is an alpha emitter. It is also a neutron emitter (my article DU – You Don’t Have To Inhale Or Ingest It For It To Make You Sick gives details about this).

mounted). However what was in their linked ammo is not 100% DU rounds. The linkage was 4 DUs to 1 HEI (High Explosive Incendiary) round (Note I’ve also seen 5/1 ratio). Has anyone else noted that those HEIs and their casings had to have become radioactive? How about the region of the jets or helicopters where the ammo was loaded? Wouldn’t they also become radioactive? From where I sit it is too difficult to come up with a listing of what artificial radioisotopes would have been induced or what half lives they would have, but they have to be there.

While in stockpile or not yet loaded for action, the DU munitions are stored in now radioactive steel ammo cans. Troops who sat on such cans would have been cooking their behinds and “family jewels” with various radioactive emissions to their peril.

Some years ago the Navy stopped using the 20mm DU round. Was it because it was gradually making their ships radioactive; because sailors were getting sick? You’ll have to ask the higher-ups on that one. They said it was because they did not need them.

How about DU armor on tanks? Did the manufacturer or the DOD give some special blessing over it to prevent the inevitable induced radioactivity it would cause to the rest of the tank and the crew?

These are not the only examples of where DU occurs. Fill in others that you know and think about it.

More and more examples of information for the horses’ mouths that show the US military has failed to consider or reveal the far reaching ramifications of using “depleted” uranium ostensibly on the enemy, yet on its own who have to have anything to do with it. Always, always more questions than answers. Obfuscation, betrayal.

About the writer: Dr. Prof. Elaine Hunter is an Independent Researcher. Feel free to contact her at: uncommon.eyes at gmail.com. A late-comer to the concerns about DU munitions, was shocked when she learned she lived in the midst of the US DU “production” triangle. She grew up a pre-boomer WWII military brat.