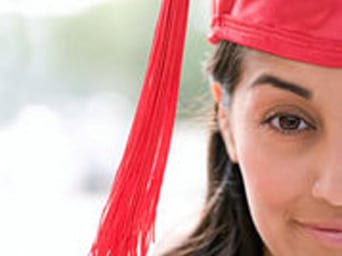 NCOA and Excelsior College have signed an education partnership agreement that will offer NCOA members and their spouses reduced-cost college tuition when they choose to attend Excelsior.

Excelsior College is an accredited, nonprofit distance learning institution based in Albany, New York, serving nearly 30,000 students. Members of the military and veterans comprise about one-third of Excelsior’s student population.

The Excelsior education benefits for NCOA members and their spouses provide reduced tuition for programs in liberal studies, business and technology, nursing and health sciences. NCOA members would also have access to Excelsior College® Examinations, a credit-by-exam program based on independent study.

According to NCOA’s Executive Director, Clifford “Scoop” Davis, the Association is proud of its new relationship with Excelsior College, which he described as an educational institution that truly supports the men and women who serve and their families.

“This program for our members has been in the works for many months now and is the very first benefit of its kind for our members and their spouses,” Davis said. “I couldn’t have been prouder than at the moment I signed my name to the agreement, knowing that this is such a great benefit for many of our members.”

The agreement was signed at the NCOA national convention July 12, in Las Vegas, Nevada.

Excelsior College President John F. Ebersole said, “We are thrilled to include NCOA members and their spouses in our education partnership. This national initiative will strengthen the NCOA’s membership and contribute to members’ and spouses’ quality of life as they further their educations. For Excelsior, we are pleased to add NCOA to the ranks of our military and veteran partnerships.”

NCOA was established in 1960 to enhance and maintain the quality of life for the entire enlisted force in all branches of the Armed Forces, past and present, their families, and their survivors.  The Association works diligently in three primary areas: Legislative Representation; Social and Fraternal Programs; and Member Benefits in the area of specialized services and discount programs.  NCOA has over 60, 000 members in the Association with much to offer its members, and would like for you to join the fold. Join NCOA.

Excelsior College www.excelsior.edu is an accredited, nonprofit distance learning institution that focuses on removing obstacles to the educational goals of adult learners. Founded in 1971 and located in Albany, NY, Excelsior is a proven leader in the assessment and validation of student knowledge. It offers more efficient and affordable access to degree completion through multiple avenues: its own online courses and college-level proficiency examinations, and the acceptance in transfer of credit from other colleges and universities as well as recognized corporate and military training programs. Excelsior College is accredited by the Middle States Commission on Higher Education