Home World Will Israelis Take US Congressmen Hostage for a Pollard Exchange? 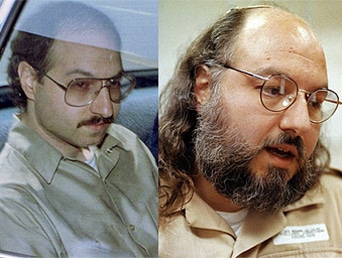 No? Well then how about some embassy employees?

Read the threat below.

“It’s long past time to tell the American government to go to hell and shut the f_ck up – in those words. And to take at least 5 American employees at the Embassy hostage – to be held until Jonathan Pollard is released. It is time to play hardball with the fuckers – and crack their heads with the bat.” …Reuven from Binyamín, Israel…Facebook exchange today.

What can I say folks. Can you feel the love yet? Welcome to the real world politic.

This is what a lot of Israelis think about America and Americans…farm animals…goyim…subhumans…born to serve…out laws to not apply. It’s and old cliche but with friends like this who needs enemies? Apparently we do.

The Israel Lobby has a huge PR smokescreen department to hoover any shred of little nasties like this out of the American media.

But in the Israeli papers, even the online English ones, they are filled with anti-American stuff that would burn your ears. And what is in the Hebrew papers, you would have to be sedated in go into counseling if you ever heard.

None of this is news to our Congresscritters over there now prostituting for Israeli support on the 2012 elections. They know all about the USS Liberty attack, 34 killed, 174 wounded, three quarters of the crew. But it does not matter.

Why?  How many states can the Liberty crew swing in 2012? Has the Navy ever asked all naval personell to never vote for an AIPAC backed candidate until the war criminals of the Liberty attack are turned over for prosecution, like we demanded on the Taliban?

Congress people like the trips to Israel. There are no pesky FBI phone taps to worry about as they wheel and deal with the Israelis.

Do you think the Israelis do anything for them without the American people paying for it? Plus, they have total immunity.

Our FBI sources tell us the Justice Department will not prosecute high government officials for Israeli espionage. It’s a real demoralizer for our counter Intel people.

The Israeli America hater, Reuven below is by no means exceptional. The elite Zionist keep their rank and file Jews operating as their human shield with a brainwashing that begins in first grade and never ends.

Not all succomb , like our staff writer Gilad Atzmon.  He told them where to shove their Crime Against Humanity Country and emancipated himself.

He now runs a deprogamming version of an Underground Railroad for other captive Israelis. Hamas and Gaza may have one prisoner, but the Likudites have millions. 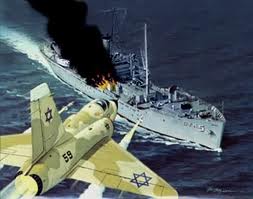 A USS Liberty supporter (Geno) forwarded this exchange along. I have removed the last names. Reuven is the Israeli.

Geno: ‎”Never before in the history of the United States Navy has a Navy Board of Inquiry ignored the testimony of American military eyewitnesses and taken, on faith, the word of their attackers.”— Captain Richard F. Kiepfer, Medical Corps, US Navy (retired), USS Liberty Survivor

Watch the documentary how Israel tried to sink an American ship and how many died… some ally….’Dead in the Water’, available online. [Editor: This is the only film you need to see on the Liberty]

Reuven: I know this history considerably better than you do, Geno; just as I know the history of the Labor Zionists cooperating with the Nazis in the 1930’s, and the refusal of the Reform Jewish Movement to accept Jewish refugees from Nazi Germany. I know where the bodies are buried a whole lot better than you do. You neither know what Zionism is, nor do you comprehend its goals, nor do you even understand the elementary fact that its own success in 1967 has led to its downfall in recent years in Israel.

Geno: why did Israel try to sink the USS Liberty reuven… attacking for hours…killing dozens of Americans… with an American flag flying…. FOR HOURS…

Reuven: The USS Liberty was a spy ship, transmitting data to the Egyptians in their tanks fighting out forces in the Sinai. That is why our air force attacked the USS Liberty. Your government had openly thrown its weight to the side of our enemies and we destroyed the tool of its enmity. The United States government was this nation’s enemy from before its birth, trying to abort the baby before it was born. I know that and have the balls to tell you. You haven’t the balls to honestly look at your country’s history and see the truth staring you in the face, like a skeleton giving you the middle finger.

Geno: Okay so you admit in your own words Israel is not our ally?

Geno: Your words: Your government had openly thrown its weight to the side of our enemies and we destroyed the tool of its enmity. Now explain why LBJ stated, “I want that ship at the bottom of the damn Ocean?” Was he working for you guys too?

Geno:  and what about the official lie by Israel, “It was an accident. We thought it was an Egyptian ship.”

Reuven: I was not in LBJ’s head, nor was I working for the government of Israel at the time. It’s not my problem. The dead are your problem. I don’t give a damn. We did what we should have done..

Reuven: http://www.israelnationaln​ews.com/News/News.aspx/146​807. My answer to the loudmouthed bastards in your country’s government: It’s long past time to tell the American government to go to hell and shut the fuck up – in those words. And to take at least 5 American employees at the Embassy hostage – to be held until Jonathan Pollard is released. It is time to play hardball with the fuckers – and crack their heads with the bat.

Now isn’t that special? Why can’t I have neighbors like this!!! How about you? I bet that if we were all nice and submissive and offered to kiss his butt a lot he might not hit us. But we would probably have to hold others.