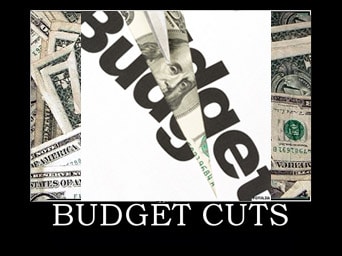 Monday I discussed a common-sense approach to making budget cuts to a bloated federal budget. The approach is tried, tested, and proven throughout the private sector where businesses either cut budgets in challenging economic times or go down in a Darwinian flame while their competitors survive.

Governments never seem to learn from history. Today in much of Europe…Western Europe (the EU), Central Europe, and Eastern Europe, are struggling to deal with the self-inflicted financial wounds brought on by their belief that government can be all things to all citizens, but as Margaret Thatcher so aptly put it, “you finally realize socialism doesn’t work because you run out of other people’s money”. President Obama, President Bush, and the last ten years of Washington bureaucratic malfeasance which has been forcing the US toward a European style socialistic panacea , is not only stupid, it is downright criminal. Washington, like Europe, has learned nothing from history as centuries have come and gone leaving a hundred or more socialist, central-planning countries in ruins.

When our forefathers came to America and created a new experiment in government, unlike any which had been tried before, they created a government which has lead to more wealth creation and opportunity for success, despite all the naysayers and detractors I will surely hear from by publishing this column today. Again, Margaret Thatcher called it right, “Europe was created by history. America was created by philosophy.”

The uniqueness of the American experiment is in the entrepreneurial spirit of those creating success stories, most all from humble beginnings. Certainly there are “hand-me-down” stories of the Kennedys, Rockefellers, the Getty’s, DuPonts, Mellons, and others, but the predominant wealth has been created by those who worked hard and never gave up, many of whom came to this great country for the opportunity not afforded elsewhere. Now there are some who were born in the US who claim, “I don’t have a chance”. My questions to them…

a. Did you take advantage of the educational opportunities (maybe it wasn’t FREE, but with Pell grants, school loans, scholarships, trade techs , and other educational mediums, education has and is still available today)?
b. Did you apply your skills and save part of what you earned?
c. Have you given unto others who were, by no fault of their own, not able to take advantage of the opportunities presented?
(this is the prescription for success)

In American, some have to work harder than others; some even have to learn a new language before embarking on their dream. Most worked menial jobs at low wages while they developed their foundation for success, while others tried to take shortcuts and tried getting ahead by breaking the law or scamming the safety-net systems we have in this county.

In America we are not guaranteed success, only guaranteed an opportunity to succeed. Many of those who live in America look to blame others for their failure, by calling the system biased, not fair, and all kinds of other derogatory statements. The US has many people in this category who willing cheer-on “social justice” concepts. They are in the wrong country and at the wrong time. Maybe American isn’t for them. They will not understand the solutions I am putting forth, but the facts remain that no country on earth has help more people achieve success, created more wealth, and lifted more people out of poverty than this great country, and no country has created wealth through re-distribution government systems.

In Monday’s article Step 1 started to discuss how the private sector would go about solving our debt reduction dilemma, which I think makes a lot of sense rather than depending on those in Congress to figure it out.

Step 2 my proposal would be to freeze hiring new federal employees for a period of three years. Some employees will retire, some quit, and some will die, but an efficient group of GS11-GS15 supervisors with the help of Congressional Committees should be able be able to fill in the gaps by gradually eliminating hundreds of duplicate and overlapping programs as pointed out by the GAO and move employees to productive areas needing replacement personnel.

Step 3 would look at specific contracted budget items like Social Security, Medicare, to make completely solvent by adjusting the age of retirement for those younger than 35 and new entries to the workplace. Since Social Security was enacted, our life expectancy has increase 26%. I find it ironic that we are willing to adjust the benefits in line with the Consumer Price Index but don’t see fitting that the age of retirement be adjusted accordingly as well for those age 35 and below.

Step 4 would address veterans’ benefits. These are benefits promised to those who have defended the nation. Military personnel are the least compensated of all government employees and had to endure challenges beyond what most Americans can even imagine. Veteran benefits cannot and should not be diminished or tinkered with in anyway accept to insure that they are subject to cost of living increases as necessary. Furthermore, it is time for the VA to step up to the table and cover all military personnel who have health issues from exposure to chemical agents (toxins, fumes, and other health hazards) without having to jump through hoops meeting VA mandates.

Step 5 would address of the Departments of HUD, Agriculture, and Health and Human Services, Labor, Transportation and Commerce. They need to be thoroughly scrutinized to determine their value and whether or not we would be better served by turning many of their duties back over to the individual states where management might prove far more effective in working closely with local communities to solve problems.

Most importantly with “JOBS” being one of the highest priorities of the nation, we urgently need to rein-in, the Department of Labor, Agriculture, and Commerce, capitalizing on their ability to coordinate uniform standards, but allow for states to implement programs as they see fit with final decisions determined by the Cabinet Secretary and the Governors of the states. We need to unshackle our free enterprise system, remove obstacles to growth, and stop programs that are making business reluctant to hire any new employees. A real assessment would lead to crafting long-term game plans to such national problems as health and human services, housing and urban development, crime, social services, agriculture, and other programs.

Step 6 would address the Department of Education which needs a complete overhaul. We spend more money on educating our youth than other country, yet our student performance is abysmal: 25th in math and 21st in science compared to students in 30 industrialized countries; by the end of 8th grade, U.S. students are two years behind in the math when compared to their peers in other countries; sixty eight percent of 8th graders can’t read at their grade level, and most will never catch up.

More than 1.2 million students drop out of school every year. That’s more than 6,000 students every school day and one every 26 seconds; and the graduation rate is only 70 percent, with high of 84 percent in Utah to a low of 54 percent in South Carolina. This is failure!

Step 7 is vital to our economic future in that the department of Interior which now manages about 264 million acres of land and controls the mineral rights to nearly 300 million acres. It surely holds one of the keys to vault, so to speak, of tapping into the immense wealth of our country and solving the unemployment problems. The Federal Land Policy and Management Act of 1976 declared it the policy of the United States that: “….the public lands be retained in Federal ownership, unless as a result of the land use planning procedure provided in this Act, it is determined that disposal of a particular parcel will serve the national interest“. Through FLPMA, Congress made it clear that the public lands should be held in public ownership and managed for “multiple use,” defined as: “…the management of the public lands and their various resource values so that they are utilized in the combination that will best meet the present and future needs of the American people…”.

Oil, gas, and coal currently provide jobs for 9.2 million workers. Without stretching the imagination one can easily see that serving the national interest is putting people back to work for at least an additional 6-7 million people if federal lands were leased or sold for exploration (with the government reaping revenue from the mineral rights as an added plus), new refineries built, and all the related infrastructure needed to support it. With the recent shale finds in the Dakotas and South Texas, plus what is already accessible on the Western Slope, we could easily become the leading energy producer by several fold, emulating the vast wealth of Saudi Arabia and the United Arab Emirates. It would be a bold step in face of environmentalists that would readily welcome back the Stone Age, but is just what the doctor ordered for heading off the disastrous course we are on.

The UN says $1.9 trillion per year will be needed over the next 40 years ($76 trillion in total)  for incremental investments in green technologies to insure success of green energy. This UN study is asking for 3% of world GDP for an accelerated conversion to green technologies… They are asking for 20 times more than what was rejected when the topic came up in Copenhagen’s meeting. It is interesting to see what kinds of plans get created by the United Nations and to imagine what the world would be like if these kinds of plans actually had serious consideration. The US doesn’t have the money; Europe doesn’t have the money, and Al Gore doesn’t have the money, so it is time to get serious about energy.

On Friday we will address the Department of Energy, Department of Defense, Homeland Security, and Secretary of State, and why we need a Balanced Budget Amendment.