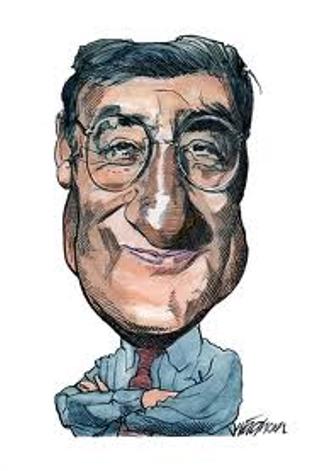 Wednesday’s article closed with a promise to discuss the Department of Energy, Homeland Security, Defense, and State, BUT before we start I’d like to share a recent bit of information I received this morning from three sources that should get everybody’s blood boiling as to the hypocrisy that runs rampant with “The Elite”.

General Electric CEO, Jeffrey Immelt, The Head of Obama’s Jobs Council, is moving jobs and economic infrastructure to China at a blistering pace. This is the guy who emphatically stated, “There’s no excuse today for   lack of leadership. The truth is we all need  to be part of the solution.” Since Immelt took over in 2001, GE has shed 34,000 jobs in the U.S., according to its most recent annual filing with the Security and Exchange Commission and has added 25,000 jobs oversees.

What does that have to do with “energy”, well, the last GE factory in the U.S. that made light bulbs closed last September. The transition to the new CFL light bulbs was supposed to create a whole bunch of those “green jobs” that Barack Obama keeps talking about, but the Washington Post (liberal newspaper) noted, that simply is not happening….rather than setting off a boom in the U.S. manufacture of replacement lights, the leading replacement lights are compact fluorescents, or CFLs, which are made almost entirely in China.

So let’s start here. The Department of Energy was created in 1977 by legislation signed into law by President Jimmy Carter, in response to the energy meltdown that gave us half mile-long gas lines and high gas prices. The DOE was specifically originated to rid the US from its dependence on foreign oil, develop alternative sources of energy, and gain energy independence. Today, 34 years and billions upon billions of dollars later, it has become an albatross around the neck of every American taxpayer.

To discuss energy and the Department of Energy in particular, we must first put to rest the whole notion that the earth is “fragile and delicate”. It was created out of violence, spectacular solar collisions and billions of years later, is still here. Additionally, the earth’s air and water go through a continuous cleansing process and eventually becomes clean again, how else would one account for the 50-60 volcanic eruptions each year, which following each one, the environmentalists warn us that we will be lu

cky to survive the global warming effect. One volcano eruption puts out more pollution that all the vehicles ever driven! Over long periods of time, the effects of pollution always get dispersed and disappear into the ecological system. I hope that nails the lid on the global warming crowd.

That being said, the DOE spent $57.5 billion over the past 30 years just for R&D on new alternative energy technologies to replace fossil fuels. Folks, as I stated and footnoted in Wednesday’s article, the UN contends it will take $1.9 trillion each year to find enough suitable green energy replacement for fossil fuels. So, maybe the whole crazy idea of DOE is insanity run amuck unless their focused purpose becomes oil and gas exploration. As it is the fossil fuel score card speaks for itself and the failure of DOE to end our dependence on it: fossil fuels account 97 percent of the energy consumed for transportation and 71 percent of the nation’s electricity; renewable energy grew slightly during the last 34 years to 7 percent of U.S. energy. As an aside, energy accounts for 9.2 million jobs

If the US wanted to insure getting value for the taxpayer dollar, we need a sound energy program based on exploiting our known oil and gas reserves, and exploration for new finds. To continue R&D technologies for alternative fuel sources (hydrogen cell, solar, wind, nuclear, and wave technology), the best solution is to provide tax credits, not taxpayer dollars. A careful use of money is insured when there is a vested interest in a project. An added benefit would be job creation.

To tackle the Department of Defense budget, a thorough review and added input would be needed from both the State Department (our “ears on the railroad tracks” of global issues), and Homeland Security (which is the reason we are engaging enemy combatants all over the world). Making cuts and altering military compensation and military and veterans’ benefits is wrong-headed.

The US military budget hovers between $700 billion and a trillion dollars based on whether we throw in our global conflicts and payments to NATO for the war on terror. Anyway you look at it, it is about ½ what the entire world spends on military expenditures (including Russia, China, Korea, and all of Europe). It is an enormous amount of money. Surely there are many areas that can be adjusted.

The first and most logical step was the base-closure initiative, but politicians, looking to save jobs in their states have certainly interfered with the effort required. Being the world’s policeman is another area we should seriously consider adjusting. When I first considered this idea, I thought, “why can’t Europe, South Korea, Taiwan, and other areas that fall under America’s protective umbrella, pay for their own defense”. Why can the UN and NATO, help defend freedoms around the world without massive US funding (almost 25% of their budgets are provided by Uncle Sam).
The unwieldy defense budget is the single largest piece of discretionary spending in the federal budget. All told, it accounts for one-fifth of total spending out of Washington. It is clear to all that other countries are not paying their fair share, yet President Obama is the first to yell loud and clear that those with incomes over $250,000 should “pay their fair share of income taxes”, (which is at about 50% already). We should be so vocal with our allies to lessen our financial burden and simply draw a line in the sand.

Those of the far left don’t want us to be the world’s policeman because they think don’t we are worthy. To those on the far right, they don’t believe the rest of the world is worth policing. But the net result is the same – we do nothing, and the world sinks into anarchy.

Many believe the UN should be the forum for the peace of the world. Most of the 193 members are thugs and dictators of various types. It is a blessing the U.N. has no credible military force as it would undoubtedly be misused. Don’t believe me…Libya heads the U.N. Human Rights Commission, and Iraq heads the Disarmament Conference. Bad cops are simply, bad cops! If you need more examples… When bloodshed and “ethnic cleansing” broke out in Bosnia and Kosovo, did the U.N. or NATO do anything? How about the oil for food scandal? How about Rwanda?

“While other nations have burdened their economies with the inefficiencies of socialism (and are in financial chaos today), they decided to leave the burden of defense to somebody else… Nearly every socialist leaning country is too concerned with socialism to worry about freedom. In the end, equality and freedom are competing goals” David C. Stolinsky, M.D.

With support and a strong backbone from the State Department and Homeland Security, we can change the course we are on to a complete financial collapse and once become the dominant economic leader in the world.