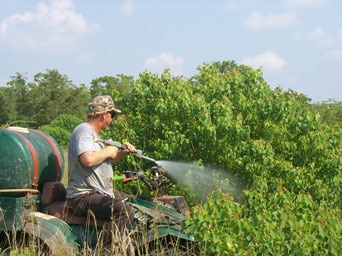 I have given you readers, our government officials, and our media over the past decades the facts as I can find it on our herbicide issues ‘with documented references.’  To include; what prestigious scientists, prestigious research groups, as well as government study scientists under oath in congressional testimony have concluded are sound scientific outcomes.  We are still are being denied these outcomes even today and no hope of a day in an honest scientific court.

This learning experience and how we were denied (we already knew the why $$$$$$) for so long and still denied in many medical issues has culminated in the following learning experiences and logical conclusions in no order of precedence.

Congress even though they heard testimony of on going government study corruption and interference from the highest levels in the Executive Branch would do nothing to stop this corruption and failure to publish the facts as they were found.  They did nothing then as well as now.

The above statement leading recently to Senator Coburn of Oklahoma and the thirty other senators who were doing nothing but as one writer concluded, “selling snake oil” on this issue were allowed to go to the senate floor and just spout off lies and misstated facts as if they knew what they were talking about citing no valid references; just cost saving propaganda at our expense.  (See list below of these Senator “snake oil salesmen.”  If one veteran, widow or friend of Veterans vote for any of these folks you deserve what you get.)

Also leading to a “on purpose government information void” to the point that our own doctors do not know how to treat us as toxic chemical victims.  In fact, medical doctors, writing articles in the media regarding what they perceive is facts citing fraudulent government studies that were identified in the first learning statement.  Example:  Dr. Michelle Hecht of Atlanta cited the Ranch Hand Study in an article published by the Atlanta Journal and Constitution as being found as weak regarding diabetes citing what was found.  When in fact if the Ranch Hand had published the reevaluated findings by Dr. Michalek the 12 year lead scientists for that study the association was found much stronger than previously thought after factoring out the fatal flaws in exposure assumptions and dose rate response mandated by the Executive Branch.  To include other studies that found diabetes associated to four levels of dioxin with an odds ratio of 2.69 (1.09 – 6.67).  Found dioxin associated to diabetes type II and exposure status at p = 0.033.  Pretty significant findings if not for the government fraud in tax payer paid for studies that allow Dr. Hecht to cite these study facts that in any pharmaceutical trials would be useless and lawsuits would be in order if cited as fact.

Congress itself identified collusion and corruption by the Executive Branch in the Center for Disease Control (CDC) so-called study and did nothing then; as well as now.

While there are some expert scientists with integrity within the governments own federal agencies their “lessons learned” from the past with experts with the same integrity are: if they do speak out nothing will change within the government and they will do nothing but sacrifice their own careers to no avail.  Scientific integrity and intellectual freedom means nothing to our Government and those we have elected.

Civil service employees within the Regional Offices were allowed to shred evidence, change time stamps, and even rewrite concluding medical evidence statements with no legal ramifications as to these “purposeful fraudulent actions” against the Veteran or their widow.  The civil service union representative with no apology before Congress for these actions suggested these civil service employees just needed more training.  I would suggest that if they did not recognize they were doing wrong they probably should qualify for Social Security Disability for the mentally handicapped since their IQ might not approach that of an earthworm; with the earthworm having much more integrity.  Instead of handcuffs, government amnesty was in order for these criminals and their VA managers.

Congress somehow recognizes the Veteran Service Organizations as the only legal spokesmen’s for the entire Veteran segment of society.   These organization that you pay to represent you in this trumped up cordial system will not demand the facts be brought out, demand justice, fight the study corruption (as previously stated in statements our congress already knows), nor go to the media and demand they print the real facts of government collusion against the nations best and finest citizens.  Citizens that others pay to do and experience despicable and horrible conditions and situations because they will not do it themselves.  Then allow the government to deny justice to those they paid to serve in their stead.   Yet, if the same thing where to happen to them and their segment of society they would be the first to cry foul and go to a real court.  Unfortunately for those that serve their courts are what ever the Executive Branch deems appropriate in “Executive Branch Courts” which clearly violates the separation of powers.

From the above statement even the Supreme Court has lost its identity in the separation of powers by allowing the Feres Doctrine to be implemented which allows Veteran abuse by the Executive Branch and its federal agencies.   While originally a single point issue; our government including the VA has taken this way above its original intent while Congress does nothing to stop it.

When the government is at fault politics and science unfortunately do not mix well (like oil and water). The Institute of Medicine (IOM), our congressional appointed scientific jury, with close government Department of Defense (DOD) ties, has been less than candid in this issue.  In fact; misstated facts of actually what was published, in spite of the government redaction, were used to deny issues such as thyroid issues.  Many other issues remain unchallenged regarding the IOM as to their scientific candor and truth as to scientific levels that can presently be achieved.