Home Veterans Free Society And The Enemy From Within 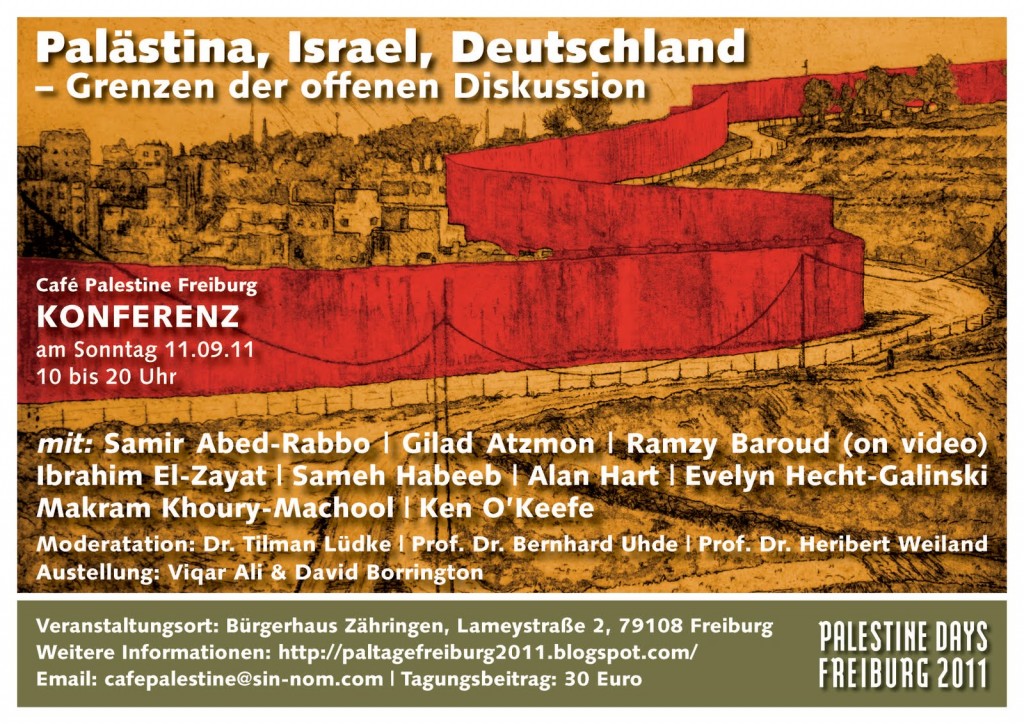 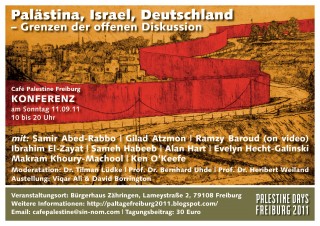 Free Society And The Enemy From Within

The following is a letter from Cafe Palestine Freiburg. I urge you to show your support, attend or/and donate for the cause. As one would expect, some individuals and organisations within the Jewish ‘anti’ Zionist network are desperate to damage the conference. As always they spread lies, they smear, they defame but let me reassure you, they do not stand a chance. I will use this opportunity to vow to you all: all individuals and organisations involved in this shameful attempt against our most basic human rights and freedoms will be named and shamed.

Free Society And The Enemy From Within

The conference ‘Palestine, Israel and Germany – Boundaries of Open Discussion’ (11th September, Freiburg Germany ) will address a number of critical issues including media suppression of the truth about Palestine/Israel; fabrication of history and the Palestinian narrative; the mainstream media´s complicity in Islamophobia and racial hatred; and the deliberate confusion between anti-Semitism, anti-Zionism and the criticism of Israel. One would expect that a gathering of this nature would challenge Israeli and Zionist propagandists to react negatively.

So far we have had very little trouble from Israeli or Zionist individuals, groups and institutions. In fact those who work diligently at trying to discredit and destroy the conference are a few who, for some reason, identify themselves as “Jewish ‘anti’- Zionists”. You may ask yourself why these people want to silence such an important meeting of academics, experts and activists.

What are they scared of? What interests do they serve? Are they genuinely “anti-Zionist”? At the conference we will try to discuss, analyze and identify currents and ideologies that interfere with our basic fundamental rights. We plan to deploy reasoning and adopt tactics to define these ‘freedoms’. We want to strategize how we can regain some of the basic values which we believe in.

It must be mentioned that we have invited and welcomed those who oppose us to participate in the conference and to participate in its deliberation in a free setting. We believe that their voice should be heard and their hostile behavior should be discussed in their presence and in the open. We have nothing to fear! So far, none of our opponents agreed to attend or to be involved in the conference.

Obviously, they prefer the clandestine approach by resorting to smear, pressure, harassment, bullying, and so on. In due course we reserve the right to name all those who operated relentlessly to sabotage the conference. Please support YOUR basic human rights and freedoms. We will not allow our freedom of speech and expression to be abridged. Show your support for the conference by joining us and/or donating! 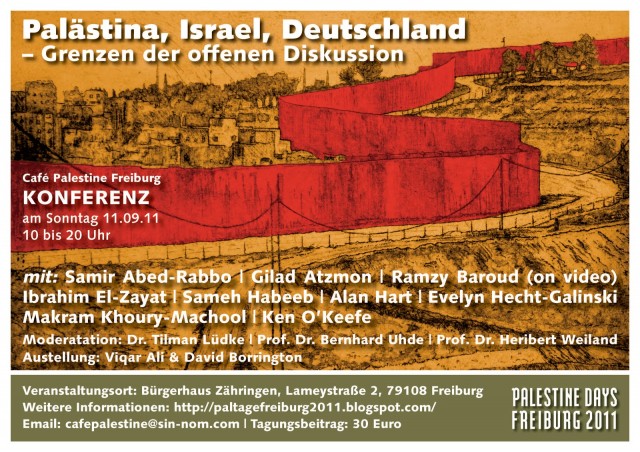