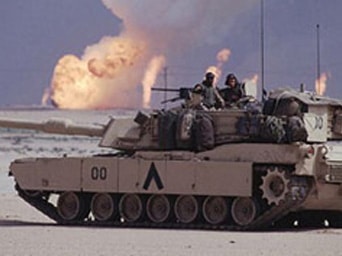 For VA benefit purposes, Gulf War Veterans are defined as those who served on active duty in the Southwest Asia theater of military operations any time during the first Gulf War starting August 2, 1990 through the Iraq War and subsequent reduced operations in Iraq. Military operations include Desert Shield, Desert Storm, Iraqi Freedom, and New Dawn.

Gulf War Veterans have experienced illnesses that led VA and others to research whether exposures during the Gulf War caused the symptoms. VA presumes certain medically unexplained symptoms and illnesses are related to Gulf War service. Eligible Veterans may receive VA disability compensation and health care benefits. Surviving spouses, dependent children, and dependent parents of Gulf War Veterans who died as the result of illnesses related to Gulf War service may be eligible for survivors’ benefits.