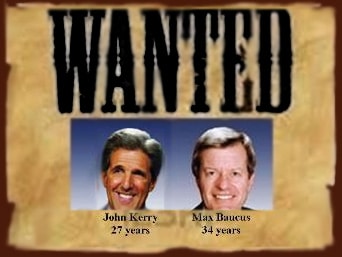 Vacation in America…It is a time to be with family for rest and reflection. Late last week my wife, son, and I headed off from our home in North Carolina, to spend a few days at the beach in Destin, Florida, a place I use to live back when I wore a younger man’s shoes. I knew even before we started out that it would not be a pleasant 11- hour road trip as the A/C compressor had crashed and burned a couple days before our big trip. With prevailing local temperatures at about a 100°F, and driving into a much more humid 100+°F, this was going to be a challenge.

As we started out, I began thinking about the days before auto air conditioning traveling from the West Coast to the Midwest on the family vacation, a water bag hanging on the front bumper and renting a window evaporative cooler needed to cross the desert…mom, dad, and four brats in the backseat without seatbelts.  By the time we got to Atlanta, I would have given my left arm for the relief of that evaporative cooler as we hit 102°F.

My wife, being from Eastern Europe, got a firsthand experience of what life was like in American back in simpler times. Since her arrival in the US, she has traveled across this country the last five years with me speaking to service organizations from coast to coast covering 43 states (more than 250,000 miles all told), all in air conditioned comfort, so I knew this trip would be an eye-opener. In the US we have always had the freedom to travel, an experience most in the Soviet Union never had. To make the best of a not so pleasant, sweat-filled situation, I told her “this trip would show her the way it used to be”. With the windows wide open we launched down the highway but couldn’t hear a thing on the radio. All we could do was talk, and talked we did, while our son sat in the back hammering away on his laptop computer.

Unlike a lot of folks we know, my wife plays a very active role in my consulting business and we always spend a lot of time talking about the articles I write. She’s never had the freedom to be entrepreneurial, and most of her life, thoughts were pretty much kept in one’s own mind and not openly expressed, so she relishes the experiences we have just being “American”. With 22 hours of “butt-time” cruising down the highway, I think we talked ourselves out for the next couple of weeks, while digesting enough thought to write about the most interesting of our conversations for you today.

Veterans Today is a great platform for information on  military and veterans affairs, including the politics behind the decisions being made in Washington DC that can alter life as we know it today. Reading articles posted on Veterans Today you can get a cross-section of opinions and stories expressing thoughts about everything the mind can conjure up weighing from the serious to the preposterous, and from the comical to the tragic…it is all Americana. Let me share some of those thoughts with you…

I don’t see America as one big government conspiracy after another; don’t believe that capitalism is a bad word; or that the entire world is controlled by less than 15 million Jews (5.2 million living in the US, 5.70 million living in Israel). I do believe in natural climate change but that there is NOTHING we lowly citizens of the world can do about it. Those who want to “fight global warming” are free to their beliefs, but please don’t waste my time or obstruct my ability to make a living with childish and stupid regulations on such foolishness. I say to those folks…a simple volcanic eruption puts out more pollutants than all the cars in the world combined (There are 50-60 active volcanoes worldwide with serious eruptions occurring 20-30 times a year), so to have any effect on climate change, you’d better find a way to put a cork in all the volcanoes, and leave my damned light bulbs alone!

My wife’s observations during our venturesome, sweat-drenched road trip really got me thinking about all the REAL trouble we have in this great country, not the phony-baloney, trumped-up pseudo-problems, charlatans like Al Gore are using to make millions off a duped public with his “global warming theories”. The comments I get regarding my articles are great conversation pieces and lead to many discussions that may not seem significant to some, but in reality, can trigger serious debate when looking at the whole picture and America’s presumptive leadership role.

America is the greatest country on earth and no other country even comes close. Drive down almost any secondary highway in America (US 231, US 331, US 90, US 98). These roadways are world-class by anyone’s standards. Even state and county roadways are far above what other countries call highways. They are truly endeavors and a tribute to American ingenuity. Our agricultural productivity is probably the last bastion of anything resembling “our once great manufacturing base”, which has long been shipped off to countries like Bangladesh, Indonesia, China, South Korea, and elsewhere. When you’re out in fly-over country you will see crops of every kind growing in abundance like nowhere else. Everything life offers here is often considered “allowable” in many countries, and “restricted” in many others…the thousands of small businesses grinding out a living along every highway, street and road, living in a free society and fending for themselves without government hand-outs…pure Americana

No, our problems are not  most Americans or with the America so many have fought and died to give to us; it is with the den of thieves, vipers, connivers, crooks, and hangers-on that populate Washington DC. From lobbyists to legislators on both sides of the aisle who have hung around for more far too long, and from the Kickbacks, Graft, and Bribes (THE KGB), which have come to represent “influence” among the politicos. Like the election in 2010, we need to cull the herd again in 2012, then again in 2014, and again in 2016, to rid government of the KGB plague that permeates Washington.

Friday I wrote briefly at what I believe will tragically be a comedy that comes out of the “Gang of Twelve” super budget deficit committee. We citizens are constantly being subjected to the idiocy of those in Washington forming groups or committees, at great expense, to find solutions that most morons can find faster, easier, and less expensive without being subjected to KICKBACKS, BRIBES, and GRATUITIES – THE KGB.

My friends, the actions of our Legislators, from the President on down, are simply corruption, with arrogant attitudes that are no longer even in doubt. www.maplight.com has brought to light this blatant attempt to BRIBE our legislators with GRATUITY (i.e. campaign largess) into doing their bidding. Today, the “Gang of Twelve” legislators on both sides of the aisles are getting their pockets lined by those currying political favor at  taxpayer’s expense. Congress had two years to vote on a reasonable budget but were so hell-bent on loading-on record-setting pork and free government handouts, they never got around to it. Now these same Bozos are asked to “fix the problem”…give us a break!

Folks, when I said in my article Friday that this Gang of Twelve’s action should be comical to watch, I said that in jest. Allowing this whole charade to go on is criminal at best with open collusion, and bribery right before our very eyes. It is only right we prepare “Wanted Posters” for everyone who participates, but most importantly for those who have been in office for more than eight years. They have long out-lived their usefulness, and need to go. Remember…we deserve the kind of government we elect. The only two members of this group that deserve a pass are the two newest ones on the committee, Bob Portman and Bob Toomey, who were just elected in 2010.