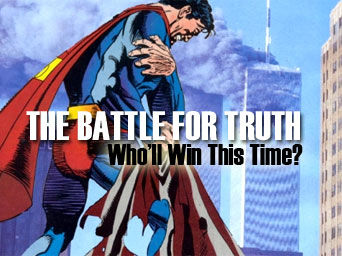 Who’ll Win the Battle for Hearts and Minds?

As we approach the 10 year anniversary of 9/11, the chorus of “patriotism” in America will grow louder and louder as main stream media rightly brings up the event and reminds Americans what happened on that terrible day.

Of course, main stream media will be touting the same old story glamorizing and glorifying the feds and what it did in response to this amazing and horrific event.  So we ought be prepared for great stories of how President Bush led the way and, as he said and I paraphrase, “I hear you, we hear you, and soon, they the world will hear you”.  This nostalgic heroic “look back” is to be expected and anything else would be naive.  Heck, I am sure they will make him look like Captain America.

Having said this, looking back, the real story is that unjust wars were waged, profits were made in the trillions by globalists posing as Americans, millions of average people killed, once guarded freedoms on Main Street were trashed faster than you can say “Unpatriot Act”, the USA engaged in and continues to engage in torture as if that’s something normal.

More, the boogey man Osama Bin Laden was finally “killed” allegedly with no evidence of a body; just a brief statement that the military threw him into the ocean out of respect for Islam.  Respect for Islam?  You mean the same respect that the machine gave Saddam “Muslim” Hussein when they put a rope around his neck and made sure it got on YouTube.com and mainstream media.  That Islam? Really?

Heck we can’t even interview and confirm this OBL is Dead story because those that killed him were all supposedly killed in a recent helicopter crash. I don’t even think the great ficticious Hollywood director Stanley Motss from the famed movie Wag The Dog could write a better script.

Anyways, all this “looking back” makes one really wonder what the hell is really going on?

Now as we know, early on, true patriots like the late Howard Zinn sounded the alarms in “What Americans Don’t Want to Hear”   but no one on Main Street was listening.

And now, the voices of true patriots and justice seekers like 9/11 Truthers is growing big and going global. These global citizen folk demand an international independent investigation into what really happened that terrible day. 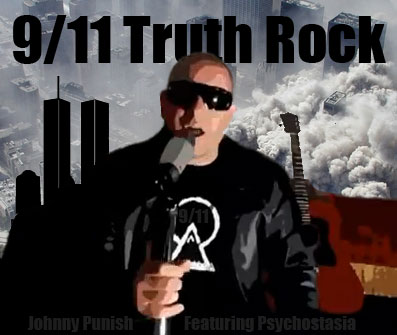 However, in the short run, at least in the USA, these voices will again be drowned out by the bombardment of mainstream media induced blind ignorant patriotism so that the global elite who farm the US population can continue unchecked down their power hungry agenda road.  And so, we the people, are left holding this bag of lies, deceit, and remain in the dark.

I mean we get non-cents stuff like watching President Bush on National Geographic last night giving us “his side” of the story 10 years on without being questioned, grilled, or put on the spot to answer real questions from real people; the same ole managing the story routine!  Nothing new!  Pathetic!

In fact, watching him last night gloss over the Iraq war “thing” as if it did NOT happen and was an after thought made me want to throw a shoe at him again.  Millions died and it was un-related to “terrorism” or “9/11”.   What a very bad horrific joke!

Anyways, as an artist, I want to always add my voice to the chorus of voices who seek justice.  So I wrote and recorded this song called “9/11 Truth Rock” with my friends Psychostasia.  It’s just another way to bring this issue to the attention of people who would NOT normally pay much attention to the ruse that was and continues to be played out on us.  So check it out and get ready for onslaught of 9/11 main stream media noise.

Here’s the music video and lyrics.  You can also download the song for free.

On that September day
While the world was sleepin’
New york was screamin’
What the hell is going on?

The greatest crime of our time
Done by the filthy slime

Ask those leaders of the nation
Why no criminal investigation

Illuminate yourself, Scream!
What could that be?
Controlled demolitions for the whole world to see

There’s a lot more to say about that terrible day
But hey don’t believe me I’m just the singer here
Besides I just want to get a cold beer
So get some 9/11 truth
Find out
Future’s at stake
Come on now!

The jet plane that caused all the destruction
Terrorist pilot with little instruction
How could that be?

Take a stand
Get your head out of the sand

Anyways, we want to know why Building 7 went down that terrible day?  It was NOT hit by a plane and most Americans’ don’t even know or have even heard of Building 7 because the main stream media has completely ignored it.  It is truly amazing.

And so, 10 years on, Americans still own the Bush legacy and we are still paying for it.  Is it not time for the truth?