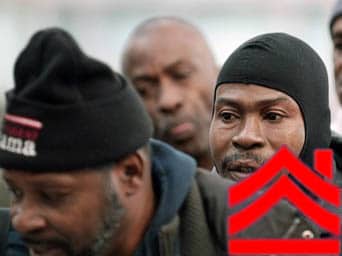 The Department of Veterans Affairs is booting a bus company, a car rental firm and a commercial laundry from its sprawling campus a few miles from the ocean as it tries to counter accusations that it puts commercial interests ahead of housing homeless vets.

The VA told the three longtime tenants, which are among some two dozen private entities holding land use agreements with the agency, that they must vacate the campus, apparently because they don’t meet the requirements of a recently enacted master plan for the 387-acre medical center parcel.

Enterprise Rent-A-Car, which stores vehicles on a corner of the grass-covered campus in densely populated west Los Angeles, was instructed to move to a different part of the site by October to make space for a new mental health building and to leave the property entirely by May 2012.

Meanwhile, Los Angeles’ Tumbleweed Charter Buses Inc., which keeps its fleet of more than 170 vehicles on the campus when they are not bussing children to nearby schools, was informed by the VA in May that it would only be able to use the facility for another year.

And Maryland-based food services and facilities management giant Sodexo Inc. was told in a letter late last year that it would have to vacate a building it uses as a commercial laundry for schools and hospitals by the end of this year.

“There’s new rules about what can and can’t be done at the VA,” Sodexo spokesman John Friedman said the company was told by the agency.

The leases are central to an American Civil Liberties Union complaint filed against the VA in June that accuses the agency of neglecting homeless veterans who need care after traumatic military experiences.

The lawsuit, filed on behalf of disabled, homeless veterans, accuses the VA of breach of fiduciary duty for leasing much of the property to businesses although it was donated by private owners in 1888 to provide housing for disabled war veterans.

The suit, which names four veterans as plaintiffs and seeks class action status, says the land was used to permanently house vets until the 1960s and 1970s, when the VA stopped accepting new residents and allowed buildings that had provided permanent housing to fall into disrepair or be used for other purposes.

While the property hosts veterans’ medical clinics, ACLU lawyers said its in-patient services are not sufficient for Los Angeles’ massive population of homeless veterans. There were 7,000 homeless vets in the Los Angeles area in 2010, about 10 percent of the country’s total population of 71,609 homeless vets, according to the VA’s most recent tally.

The ACLU has criticized the VA for not publicizing how much it is receiving for renting out space on the campus — nestled in the upscale community of Brentwood, not far from the University of California, Los Angeles — and what specific programs the proceeds are used for.

VA spokeswoman Wileen Hernandez said all of the money goes toward veterans who come to the campus for medical care. The VA has declined to release details of how the lease income is spent, citing the pending ACLU lawsuit.

Veterans’ groups have long criticized the VA for allowing private entities and outside organizations to rent parts of the campus. The ACLU said it filed its lawsuit after the VA failed to live up to previous promises to increase services for homeless vets.

The VA said in a statement that it was evaluating its leases in light of a recently released master plan for the campus, which requires the agency to look at whether the contracts directly benefit vets or are otherwise consistent with the VA’s mission and whether they are compatible with the surrounding community.

The plan, which was finalized in June, also provides for more veterans housing on the site and other new facilities.

Hernandez declined to comment beyond the statement, citing the lawsuit. She was not immediately able to explain why Sodexo was told it would have to leave months before the final draft of the plan was released. Sodexo’s notice was received months before the ACLU filed its lawsuit.

ACLU attorney Mark Rosenbaum said he interpreted the suspension of the leases as an acknowledgment that they had never been lawful under the terms of the original intent of the lands’ donors.

“It really is an admission of liability,” he said. “It’s got nothing to do with the master plan.”

Tumbleweed CEO Erin Benfield said she was hoping to convince the VA that her business meets the agency’s criteria for the campus, since the buses are regularly used to transport veterans for free.

Friedman said Sodexo would not seek to remain on the campus and was scouting for a new location nearby.

Enterprise Spokeswoman Laura Bryant released no details about its plans concerning the VA campus apart from confirming that it was being forced to vacate.

Several of the parcel’s tenants are apparently being permitted to remain.

The Brentwood School, a private school that uses an athletic complex built on the site, has received no notice from the VA, said Gennifer Yoshimaru, a school administrator.

University of California, Los Angeles athletics spokesman Mark Dellins said his department had received notice from the VA that it would be able to continue using a baseball stadium on the medical centers’ property.

Representatives for those organizations said they have received no communications from the VA about the continuation of their leases but did not think their presence would be a problem for the VA.