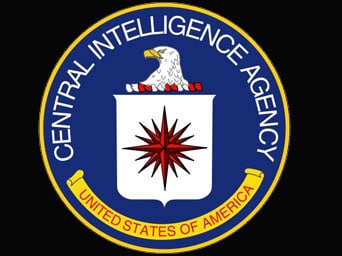 by Ben Hubbard — The Associated Press

TRIPOLI, Libya (AP) – The CIA worked closely with Moammar Gadhafi’s intelligence services in the rendition of terror suspects to Libya for interrogation, according to documents seen Saturday by the AP, cooperation that could spark tensions between Washington and Libya’s new rulers.

The CIA was among a number of foreign intelligence services that worked with Libya’s agencies, according to documents found at a Libyan security agency building in Tripoli.

The discovery came as the Libyan rebels said they would surround pro-Gadhafi cities until the Sept. 10 deadline for their surrender.

“We are by the grace of God in a position of strength, capable of entering any city, to deploy any of our fighters in any direction,” the head of the rebels’ National Transitional Council, Mustafa Abdul-Jalil, told reporters in Benghazi. “However, in our desire to avoid bloodshed and to avoid more destruction to public properties and national institutions, we have given an ultimatum of one week to the areas of Sirte, Bani Walid, Jufra and Sabha.”

“It is an opportunity for these cities to peacefully join the revolution,” he said, adding the rebels were providing humanitarian aid to the besieged areas along with water and electricity services.

The intelligence documents found in Tripoli, meanwhile, provided new details on the ties between Western countries and Gadhafi’s regime. Many of those same countries backed the NATO attacks that helped Libya’s rebels force Gadhafi from power.

One notable case is that of Abdel-Hakim Belhaj, commander of the anti-Gadhafi rebel force that now controls Tripoli. Belhaj is the former leader of the Libyan Islamic Fighting Group, a now-dissolved militant group with links to al-Qaida. Belhaj says he was tortured by CIA agents at a secret prison, then returned to Libya.

Two documents from March 2004 appear to be American correspondence to Libyan officials to arrange Belhaj’s rendition.

Referring to him by his nom de guerre, Abdullah al-Sadiq, the documents say he will be flown from Kuala Lumpur, Malaysia, to Libya and asks for Libyan government agents to accompany him.

It also requests American “access to al-Sadiq for debriefing purposes once he is in your custody.”

“Please be advised that we must be assured that al-Sadiq will be treated humanely and that his human rights will be respected,” the document says.

In Washington, CIA spokeswoman Jennifer Youngblood declined to comment Saturday on any specific allegation related to the documents.

“It can’t come as a surprise that the Central Intelligence Agency works with foreign governments to help protect our country from terrorism and other deadly threats,” Youngblood said. “That is exactly what we are expected to do.”