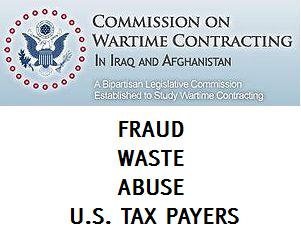 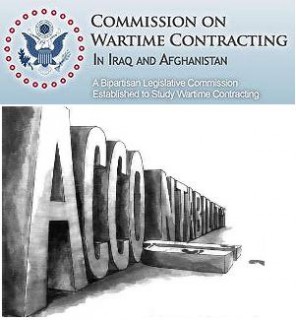 This story from AP Reporter Richard Lardner is a follow-up to two earlier stories I posted dealing with the need for cuts to the Defense Budget.

As with every effort to cut defense spending since the invasions of Afghanistan and Iraq, readers know that the defense industry and their bipartisan political allies in Congress will continue doing everything politically,  culturally, economically and socially to continue the blank check war spending spree in the name of Supporting Our Troops.

Below is but ONE MORE REASON, the American tax payer needs to force Congress to reign in defense spending.

The time to get out of Iraq and Afghanistan was YESTERDAY!

According to a Senate Panel: Widespread waste and fraud in war spending continues

“ — As much as $60 billion in U.S. tax dollars has been lost to waste and fraud in Iraq and Afghanistan over the past decade due to lax oversight of contractors, poor planning and corruption, according to an independent panel.”

In its final report to Congress, which now has been released to the public, the Senate Commission on Wartime Contracting said the waste could grow as U.S. support for reconstruction projects and programs wanes, leaving Iraq and Afghanistan to bear the long-term costs of sustaining the schools, medical clinics, barracks, roads and power plants already built with American money.

Federal government agencies should overhaul the way they award and manage contracts in war zones so they don’t repeat the mistakes made in Iraq and Afghanistan, the commission said. Among the report’s 15 recommendations are the creation of an inspector general to monitor contracting and the appointment of a senior government official to improve planning and coordination.

The commission was established by Congress in 2008 and ceases operating at the end of September 2011. 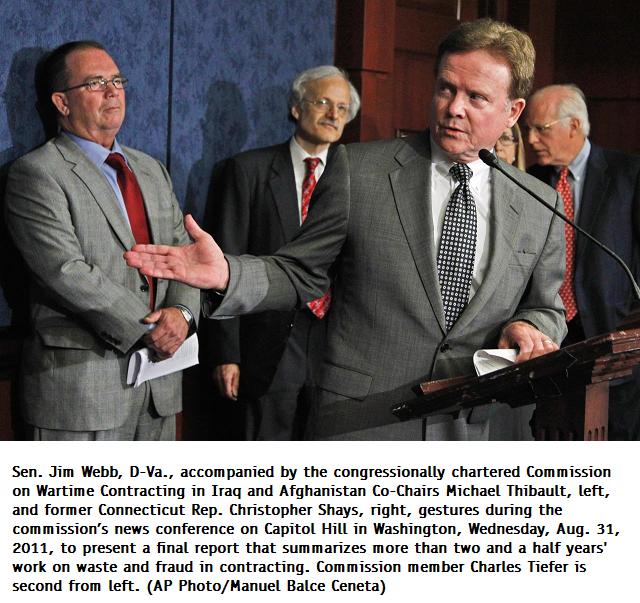 Overall, the commission said spending on contracts and grants to support U.S. operations in Iraq and Afghanistan is expected to exceed $206 billion by the end of the 2011 budget year. Based on its investigation, the commission said contracting waste in Afghanistan ranged from 10 percent to 20 percent of the $206 billion total. Fraud during the same period ran between 5 percent and 9 percent of the total.

The commission was vested with broad authority to examine military support contracts, reconstruction projects and private security companies. But the law creating the commission also dictated that it would cease operating at the end of September 2011, even as the U.S. operations in Iraq and Afghanistan continue to be heavily supported by contractors. 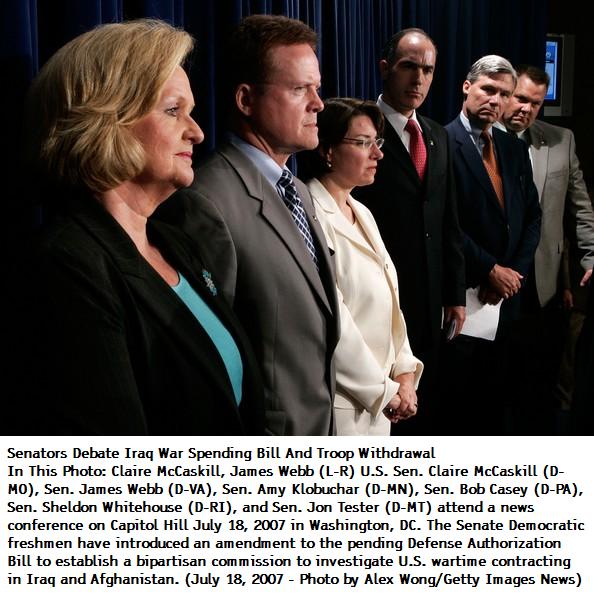 Sen. Claire McCaskill, D-Mo., who co-sponsored legislation to establish the commission, said in a emailed statement to AP that

“it is disgusting to think that nearly a third of the billions and billions we spent on contracting was wasted or used for fraud.”

The commission cited numerous examples of waste, including a $360 million U.S.-financed agricultural development program in Afghanistan. The effort began as a $60 million project in 2009 to distribute vouchers for wheat seed and fertilizer in drought-stricken areas of northern Afghanistan. The program expanded into the south and east. Soon the U.S. was spending $1 million a day on the program, creating an environment ripe for waste and abuse.

“Paying villagers for what they used to do voluntarily destroyed local initiatives and diverted project goods into Pakistan for resale,” the commission said.

The Afghan insurgency’s second largest funding source after the illegal drug trade is the diversion of money from U.S.-backed construction projects and transportation contracts. But the commission report does not say how much money has been funneled to the insurgency. The money typically is lost when insurgents and warlords threaten Afghan subcontractors with violence unless they pay for protection.

$360 million in U.S. tax dollars has ended up in the hands of the Taliban,

AP reported earlier in August 2011 that U.S. military authorities in Kabul believe $360 million in U.S. tax dollars has ended up in the hands of people the American-led coalition has spent nearly a decade battling: the Taliban, criminals and power brokers with ties to both. The military said only a small percentage of the $360 million has been garnered by the Taliban and insurgent groups. Most of the money was lost to profiteering, bribery and extortion by criminals and power brokers.