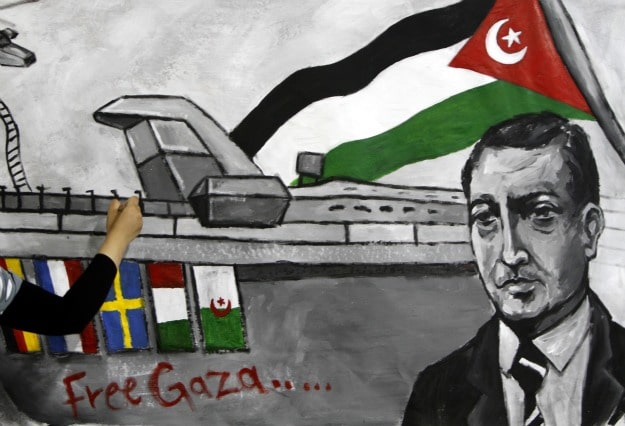 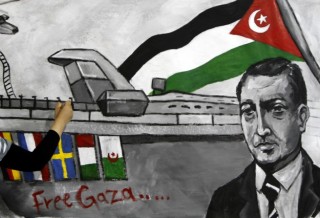 In the wake of the dubious UN investigatory report which all but exonerated Israel for its May 31, 2010 attack on the Mavi Marmara–an attack that killed 8 Turkish citizens and 1 Turkish-America–Turkey has downgraded its diplomatic relations with Israel and suspended all military cooperation. Ankara had little choice in this matter.

The Israeli attack was egregious. It took place in international waters against an unarmed civilian vessel and was carried out in defense of a barbaric and illegal policy of collective punishment against one million Palestinians bottled up in Gaza by an Israeli blockade.

For their part, the Israelis claim that they murdered the Mavi Marmara Turks in self-defense. I juxtapose the words self defense and murder quite purposefully, for the Turkish passengers were in the process of defending themselves from a violent assault when they were gunned down by Israeli soldiers who now describe their actions as self-defense. This scenario is a tragic parody of a hundred years of Zionist action in the Middle East. Having come to the region in the baggage train of an imperial occupying power (Great Britain) and successfully establishing themselves by evicting the native population (a process that is on-going), the Israelis define all acts of resistence to their aggression as attacks which require their defending themselves. The Mavi Marmara action fits neatly into this Zionist world of peculiar logic. In this sense, they turn the world upside down.

The Turkish government will have none of this and demanded the minimum of decency from the Israelis–an apology and compensation. In so doing they stand for civilized behavior. The Israelis refuse to apologize. After all, when you have turned the world upside down in the fashion described above, any admission that there lies a bit of faulty reasoning in your outlook threatens to collapse your universe like a deck of cards. So what can Ankara do? It can and has distanced itself from these crazy people and refuses any military affiliations. Why militarily assist the murders of your own citizens?

In making the announcement Turkish Foreign Minister Ahmet Davutoglu observed that the Israelis apparently see “themselves above international laws and human conscience.” Actually, that is not the half of it. Not only do the Israelis disregard international law, be on the high seas, in the maintenance of the obscene ghetto of Gaza, or through their colonial impositions in the West Bank, but they assiduously seduce others to support their criminal behavior anywhere and everywhere they have lobby influence. Everywhere they go they are the poor victims who need carte blanche to protect themselves. They are the victims who victimize others in the name of self-defense. Israel is taking us all back to a barbaric state of nature.

You can see this perverse influence in the way the UN investigatory report on the Mavi Marmara assault was manipulated and distorted. Though headed by Geoffrey Palmer, a New Zealand lawyer and politician with a reputation for integrity and honesty, he was hemmed in by having to share the investigation with ex-Columbian president Alvaro Uribe–a devoted follower of the Israeli line and ally of Washington. The UN Secretary General Ban Ki-Moon, who is currently under attack by the United Nations Office of Internal Oversight for weakening the moral integrity of the organization, also bowed to a combination of American and Israeli pressure. As a result the panel restricted itself to “reviewing reports from Israel and Turkey, thus sidestepping any independent gathering of evidence or hearing of testimony from eyewitnesses.” Ban Ki-Moon insisted that no report would be released unless Palmer and Uribe could reach consensus. That guaranteed equity for Israel’s perverse and lopsided logic. Thus the best the investigation could do is come up with a report that has an Alice in Wonderland quality to it: Israeli assault troops acted in self-defense against civilians even through they (the Israelis) used excessive force bordering on slaughter and mayhem. The investigatory process was suppose to be “transparent” to avoid this sort of corruption, but Ban Ki-Moon refused to let that happen.

Turkey, of course, has rejected the UN report. Now you might say all of this is in vain. Israel’s influence in the halls of power both in the U.S. and Europe is too great for Turkey’s position to be anything but symbolic. Well, you never know. The Turks do have some leverage. Israel dreams of the day when it can officially associate itself with NATO. Turkey is a member of NATO. Indeed, it has the second largest military force in that alliance and will soon host an extension of the organizations early warning system. Under present circumstances hell will freeze over before Israel becomes a full member of NATO. Unfortunately, within Zionist world of illogic, Turkey’s position will just reinforce Israel’s narcissistic sense of victimhood. Yasir Arafat once said that Israel acts like a homicidal “big baby.” He was so right.