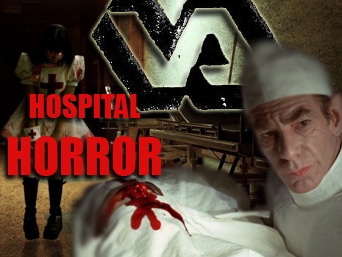 LABOR DAY, 2011 — The first time I saw a paralyzed Iraq War veteran was at Camp Casey in Crawford, Texas, in 2005. He was a 20-year-old whose nervous system had been repeatedly blasted by RPG’s and IED’s in the Sunni Triangle. Bound to his self-propelled wheelchair with his teen bride steering it, he was more moving to me than the sobs of Cindy Sheehan or the songs of Joan Baez.

Neural cases are an underreported reality of our unpopular wars because they bring the carnage of the Mideast back home to the Midwest. They rouse us from the fantastic American dream into the realistic Arab nightmare. They are increasing, too, because of improvements in armor and medicine, which transform what used to be mortal injuries into lifelong injuries instead. As more and more veterans succumb, they become an unwelcome burden on the Veterans Administration budget.

At Camp Casey, I never imagined that I might become a paralyzed GI – which showed my lack of imagination. A year later I was diagnosed with ALS (Lou Gehrig’s Disease), a fatal neurological disorder. I’ve been a quadriplegic for the last four years, and a VA patient, now down to a quarter of my former lung capacity, relying on a ventilator to breathe.

My experience with the system speaks for many at present, and many more to come. I present it as I wrote it, in short daily memos that became my record whenever the doctors pulled the plug on my Internet to muzzle my reporting. Trapped in a USA Gulag quite as real to me as the USSR Gulag I opposed in my military career, I post this article only because of patriots within the VA who sympathize with a brutalized veteran and a muzzled Veterans Today columnist.

I expect swift retaliation for writing this article, which I submit to the VA Inspector General in defiance of the Houston VA hospital’s efforts to prevent me. In the America of the Declaration, wherever there is repression there must be resistance.

Friday, 1/28/11, 1600: I’m admitted to Ward 3D in the Michael E. DeBakey VA Medical Center in Houston. I soon discover that Nurse Beverly Guy, who was slapped on the wrist for a brutal assault on me in 2008, is working my room.

Saturday, 1/29/11, 0001: When I awaken a concerned nurse tells me that the hospital has not given me telemetry, the stick-on chest sensors that I have always received before. She strenuously advises me to run my DynaVox talking computer as my only reliable lifeline, and turns it on for me before leaving.

0030: I ask for night shift supervisor Nurse Erin Hencey, and have a heated discussion with her about the dangerous withholding of telemetry. She agrees with my concerns, but refuses to give me the sensors, saying that my ventilator alarm is enough protection. I point out that in 2009 someone disabled my ventilator alarm during her shift, which could have resulted in my death. I say that I’m going to write a report, and she angrily leaves the room.

0200: Nurse Beatrice de la Garza introduces Respiratory Therapist (RT) Chris Onyenezi, saying that he has come to fix my computer. I smell a rat, since nothing is wrong with my computer. Fearing that he may sabotage my only lifeline, I use eye-gaze commands to shut down the DynaVox, figuring that I can have someone trustworthy turn it back on later.

0230: My breathing becomes labored as my lungs begin to fill with phlegm, a constant problem for ALS patients. De la Garza and Onyenezi stand across the room from me, ignoring my calls for suction. De la Garza repeatedly walks by my bed, smiling while offering various excuses for not helping me. Onyenezi for the most part remains out of sight with de la Garza as they chat and I choke. So it goes for more than an hour. Being paralyzed while slowly drowning in your own phlegm is a Ward 3D version of water boarding.

0400: Another nurse hears me, turns my computer back on, then calls the nighttime resident physician, a member of the neurology department. A few minutes later she comes – accompanied by de la Garza. I request that the doctor send her away, and de la Garza withdraws. A few minutes later, RT Barry Brown enters the room. He brazenly peers over my shoulder at the just-begun memo about Supervisor Hencey, Nurse de la Garza and RT Onyenezi, which I am showing the doctor.

0430: During our conversation, the doctor repeatedly kicks my computer stand, despite my repeated cautioning that she is knocking it out of focus. She ultimately disturbs the calibration, and when I ask her to reposition the DynaVox, she refuses and leaves, saying she will return with a nurse to do it. She doesn’t return and the nurse doesn’t come.

0600: De la Garza is cheerful and excited. She eggs the other nurses on with stories of how they have “gone on strike” against other patients by purposely failing to prepare them for surgeries. Concerning me, she says “He thinks it’s over, but when the morning shift starts, we have a surprise for him.”

0900: Lester Merritt, the morning shift respiratory therapist, enters the room and sends away my nurse, then tightens the right side of my tracheotomy collar so much that I immediately begin to gag. As he comes around the bed to my left side, I believe that he will fix it; instead he pulls the collar tighter still, and it feels like a choke hold.

0910: I have been choking, quite audibly and visibly, for ten minutes, during which I have been using my piercing DynaVox alarm. Merritt walks around the room unaffected, ignoring me even when looking me full in the face. My vision narrows and darkens, and I believe that I will pass out and pass away. I begin to recite the Lord’s Prayer in my mind. Strangely I use Latin, a language I used to teach. I don’t know why I thought that God preferred Latin.

0911: Nurse DQ enters the room and asks Merritt what is wrong with me, to which Merritt replies that DQ should ask me. My face muscles are convulsing and I can’t focus on the DynaVox screen. These conditions continue for another five minutes, with me struggling for breath and voice, DQ struggling to understand and help and Merritt nonchalantly repeating that DQ should ask me what is wrong.

0916: DQ and I have managed to communicate, and he has loosened my collar. I tell him to call the police, but he refuses. I demand to speak with the head nurse. More to come …

For my earlier report on the January assaults at the Michael E. DeBakey VA Medical Center, see: Has Obama Ordered Violence on Veterans?