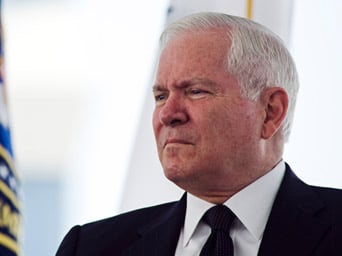 Great.  Now you tell us!

Triumph of groupthink, careerism and narrow interests over honesty and moral courage

“groupthink” and “the narrow fate of party and career” prevent senior politicians and bureaucrats from honestly speaking out their minds on crucial matters of war and peace while they are in a position to put their views into practice.

There is an interesting phenomenon which we can call “the political retiree’s confession”. I don’t mean all those hyped memoirs, ghost written for all manner of high ranking ex-officials. Here I refer to statements by important political leaders and bureaucrats, either out of office or about to vacate their positions, publicly describing what really needs to be done.

For instance, what really needs to be done to obtain peace, or accurately pointing fingers at those obstructing peace. These statements can be shocking in their honesty, but curiously enough, are never made, much less acted upon, while the truth sayer is in a position of power. They come to us only with retirement or pending retirement.

Example 1: Ehud Olmert on the occupation

For example, take former Israeli Prime Minister Ehud Olmert. Olmert was prime minister from 2006 (replacing Ariel Sharon who had suffered a debilitating stroke) till early 2009. A few months before leaving office Olmert told the newspaper Yediot Aharonot that, in the end, Israel would have to return “almost all” of the West Bank to the Palestinians, including East Jerusalem. There was no other way to achieve peace with the Arab world. Olmert went on to say that “the decision we are going to have to make is the decision we have been refusing for 40 years to look at open-eyed…The time has come to say these things. The time has come to put them on the table.” Of course “the time” oddly coincided with a period when the prime minister could not move this insight from theory into practice.

Now we have another example of this strange phenomenon. This time from the United States. According to Jeffrey Goldberg, the national correspondent for The Atlantic magazine, former US Secretary of Defence Robert Gates, “in a meeting of the National Security Council Principals Committee held shortly before his retirement this summer [2011]”, gave his expert opinion that the Israeli government was ungrateful for United States assistance. That despite all the Obama administration had done for Jerusalem, “access to top-quality weapons, assistance developing missile defence systems, high-level intelligence sharing … the US has received nothing in return”. On top of that, in Gates’s estimation Prime Minister Netanyahu is “endangering his country by refusing to grapple with Israel’s growing isolation…” No one at the high level meeting disagreed with this analysis.

Gates’s publically revealed anger is nice to hear about but, like Olmert’s epiphany, it means little in practice. Netanyahu has been rude, duplicitous and downright nasty to President Obama in what was actually a replay of the behaviour of Menachem Begin toward Jimmy Carter in the late 1970s. Carter’s National Security adviser, Zbigniew Brzezinski, learned to distrust the Israeli leadership and would later, after he was no longer in office, advocate an increasing hard line toward Jerusalem. Indeed, he once suggested military confrontation with Israel if that country’s leaders risked a regional war by attacking Iranian nuclear development sites (he suggested the US Air Force shoot down the Israeli planes). This was a reasonable suggestion given the stakes but, of course, it was made when Brzezinski had no position of influence.

Getting back to the article on Gates’s negative opinion of Netanyahu and his government, Jeffrey Goldberg writes that the former defence secretary actually “articulated bluntly what so many people in the administration seem to believe”. OK. So what are they doing about this? Absolutely nothing. They will all wait until they no longer have positions of influence to come out and vent. The situation is disgusting. And it is disgusting because in both the US and Israel (and no doubt in many other countries as well) there are leaders and advisers who know what needs to be done in Israel-Palestine to make the world more secure and stable, and yet they stand by and twiddle their thumbs.

Why do these leaders do nothing about matters of such importance? Here are two interconnected reasons:

1. In his book  Victims of Groupthink (1972) Irving L. Janis shows how governing political elites create self-reinforcing decision-making circles that insulate themselves from serious challenge. It is rare that anyone within these circles “thinks outside the box”. However, it turns out that the “box” must always be able to accommodate the demands and interests of other groups whose money and power support the “circle’s” political viability. This is a system that must produce frustration and a sense of powerlessness among (the rare) officials who can see even a little more clearly than their peers. By the way, it is not a problem unique to political elites. It surely exists in most organizational structures. It is just that when it comes to government the stakes are so much higher for all of us.

2. Enmeshed as they are in a system of national interest group politics that dictate the fate of their various political parties and their own careers, those who might suspect a world outside the box will stay silent. The narrow fate of party and career is, apparently, worth more than world peace. It is worth more than the lives of millions of doomed civilians and soldiers. It is worth more than justice for nations and peoples. Only when free of this debilitating system do some of these people find their tongues. But by then all they have are impotent words. This is what we are seeing in the belated surfacing of rational criticism and analysis from unexpected sources such as Olmert and Gates.

How often do we read about individuals and groups who, witnessing an accident or a crime, just stand by and do nothing? These people do not want to “get involved”. Afterwards, such folks are usually very quiet and meek. They don’t want their neighbours to know that they stood by and did nothing. But the position of these confessing political retirees is quite different. They were already involved. And now, after the fact, these one-eyed men in the world of the blind want us all to know they have seen the light.

Great.  Now you tell us!