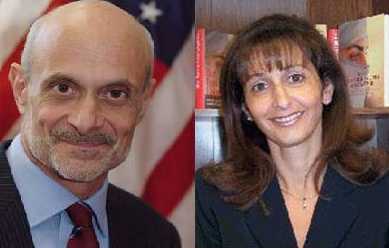 There is now proof that the U.S./Israeli SITE Intelligence Group is active in creating groups who support terrorists.

Eight German and Turkish teens and tweens are accused of supporting a terrorist organization because they translated propaganda pamphlets and videos by Al-Qaeda’s media service Al-Sahab into German language and published them in a web-forum. Their organization was active since 2006, mostly in Germany and Austria, and is known as Global Islamic Media Front (GIMF).

During the current court procedures evidence was presented that these wannabe jihadists were supported by the SITE Intelligence Group, a very suspicious (probably Mossad) outlet run by Rita Katz an Israeli analyst and former soldier of the IDF. SITE offers “breaking news, articles and analysis of the jihadist threat” and is famous of providing Al-Qaeda videos of dubious provenance.

During the investigation of GIMF the German FBI equivalent, the BKA, monitored the email account [email protected] through which a virtual personality named “Said ibn Abdullah al-Hanafi” and also one “Ahmet K” gave advise and help to the founder of the alleged German section of GIMF. The [email protected] persons provided a web sever hosted in Malaysia for the group, bought and installed the forum software and gave tips on how to stay covered.

As a German BKA investigator noted in the case (my translation):

In total the conservation between [the accused] T. and “Ahmet K” leaves the impression that “Ahmet K” acts as intermediary between the international and German section of GIMF. Additionally “Ahmet K” provides important basic means for T, for example storage capacity on the internet, a domain name and software.

As Yahoo is a U.S. company the BKA asked the FBI to find out who is really behind [email protected]. The FBI found that the real person behind that account was one Joshua Devon (scroll down), a senior analyst and co-founder of the SITE Intelligence Group.

Questioned about this Devon told the FBI about “Ahmet K” (my translation):

This is a historic person we used – with knowledge of the [German secret service] BND – at the end of 2007 and beginning of 2008. Through using this personality we chatted with the new leadership of the Global Islamic Media Front after the arrest of [its former leader] Mahmoud… During the use of this personality we provided the administrator of GIMF with a web server… Subsequently we provided all information we gathered this way to the German [secret service] BND.

But back to the notes of the German investigator who wrote that “Ahmet K”, which is SITE’s Joshua Devon, “acts as intermediary between the international and German section of GIMF”.

That seems to indicate that Devon was the only contact the German group had to the international part of GIMF.

Which leads me to ask: Is the international part of GIMF really existing or is it just a production of SITE to further the Islamic terror scare? And to what degree does SITE give such support to terrorist supporters in collaboration or on request of the FBI and the various secret services?

The evidence seems clear: lawyer Rainer Ahues (Bremen) today denounced the GIMF procedure before the Higher Regional Court of Munich, that the “second generation” of the Global Islamic Media Front (GIMF) infiltrated apparently by the U.S. Federal Bureau of Investigation and a private consulting firm, SITE Intelligence. The German foreign intelligence service BND, it should have known this in advance, that the group they were investigating actually worked for Israel and the FBI.

And all this, Ahues results from the investigation files – and even the Federal investigators were duped, while they evidently watched for months, investigating  an Internet account belonging to the Israeli Mossad and another funded by the FBI.

According to the brief goes by Rainer Ahues it to the email address [email protected] and the associated virtual identity Said ibn Abdullah al-Hanafi (probably a historical allusion). She also appeared as Ahmet K repeatedly in the investigation and was the GIMF-people after the arrest of the founder of the German section extremely helpful:

He was able to set up forums, bought the software for it, gave advice to the conspiracy and switched server capacity in Malaysia. 2009 recorded a detective chief superintendent of Ahmet K.:

“In sum, the conversation between [the defendants] and T.” Ahmet K. gives the impression that acts “Ahmet K” as a mediator between the international and the German GIMF. Moreover, does “Ahemt K” key for T fundamentals, such as space on the Internet, domain and software .. ”

Elsewhere, a senior commissioner writes unfortunate use of the apostrophe:

“T. followed the advice of Ahmet K’s, the Forum of GIMF on a server in Malaysia to host. Ahmet K. T provided the license for the software of the GIMF forums free of charge “.

There would be other examples. But the explosive effect is created only by a written examination in which the FBI has questioned the “operator” of the identity of tavit201. It should be either Joshua Devon, a founder of SITE. He says the FBI

“This is a historical person, those of us – has been used in late 2007 and early 2008 – with knowledge of the German BND. Under Zuhilfename this personality we chat with the new leadership of the Global Islamic Media Front in the period after the arrest of Mahmoud … While the use of this personality we have the administrator of a server GIMF made available …. We then sent all the information that we received along the way to the German BND. ”

The thing does not become any clearer, that the FBI has been duped by  SITE Institute and  their lawyer who works with the Israeli intelligence service, the Mossad.

The question now is what the consequences of this involvement for the defendants.

How can they be punished if they were actually employees of the FBI?

And one more exciting, but unfortunately most unanswered question: What actually tell the police investigator in the internal call colleagues from the BND, about the fact that for months herermittelt useless behind its own U.S. workers? In this interview, I would like little mice!

Perhaps these questions but only for Renee Marc S. relevance. Three defendants have been convicted of the proceedings against another is removed. In addition to S. therefore remain three more left, but much evidence that their methods are separated in the coming week and quickly come to an end. But Marc S. Renee wants to know it well. Honestly, I can understand it a bit!