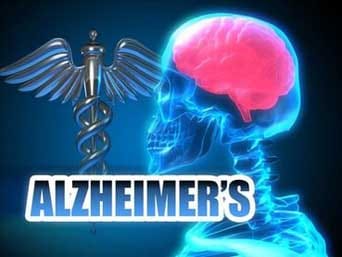 WASHINGTON – A small pilot study led by a Department of Veterans Affairs (VA) researcher found that a nasal insulin spray improved memory, thinking skills, and functional ability in people with mild cognitive impairment and Alzheimer’s disease. Currently, there are no effective treatments to delay or prevent Alzheimer’s.

“This research builds on several years of preliminary work by an innovative group of VA investigators and their colleagues, and we are gratified to see the progress that is being made on behalf of Veterans and all Americans who are at risk for Alzheimer’s disease,” said VA Under Secretary for Health Dr. Robert Petzel.

A VA team with the Geriatric Research, Education and Clinical Center at the VA Puget Sound Health Care System led the trial, which was sponsored in large part by the National Institute on Aging, part of the National Institutes of Health (NIH). The new findings appear in the Sept. 12 Archives of Neurology.

Previous studies found that low brain levels of insulin—the main hormone that turns sugar in the bloodstream into energy for cells—could contribute to Alzheimer’s. Based on these findings, VA’s Dr. Suzanne Craft has led efforts to test the benefits of restoring normal insulin function in the brain.

The new study tested a nasal spray that delivers insulin quickly and directly to the brain, with no harmful side effects, such as increased insulin levels throughout the whole body. The trial included 104 adults with either amnestic mild cognitive impairment—in which people have memory loss that may progress to Alzheimer’s—or mild to moderate Alzheimer’s disease.

The study volunteers received 20 international units (IU) of insulin, 40 IU of insulin, or a saline placebo, which were all given through a nasal delivery device for four months.  Memory, cognition and functional ability were measured before and after treatment.  Some participants also received spinal taps to test cerebrospinal fluid as well as brain scans before and after treatment.  Treatment with 20 IU of intranasal insulin improved memory, and both doses of insulin preserved general cognition and functional ability.  These results warrant larger trials of insulin nasal-spray therapy to help prevent Alzheimer’s disease or slow its progression.

VA Chief Research and Development Officer Dr. Joel Kupersmith stated, “VA researchers are exploring a number of possible approaches to help prevent or effectively treat this devastating disease, and these are among the most promising results to date. We are proud to partner with NIH in supporting this vital work.”