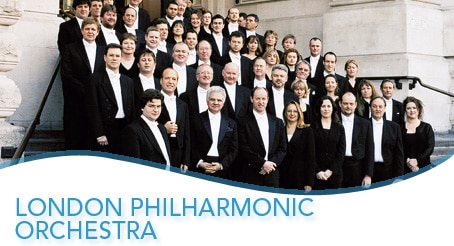 “According to The Guardian, musicians sanctioned after they signed a letter condemning the Israel Philharmonic Orchestra as an instrument of Israeli propaganda.”

A report in UK daily The Guardian stated that the London Philharmonic Orchestra has suspended four of its musicians for nine months for adopting its name when they called for the cancellation of an Israeli orchestra’s concert at the Royal Albert Hall.

According to the Guardian, the orchestra suspended cellist Sue Sutherley, as well as violinists Tom Eisner, Nancy Elan and Sarah Streatfeild until June 2012, after they signed a letter as members of the LPO condemning the Israel Philharmonic Orchestra as an instrument of Israeli propaganda.

The musicians’ statement claimed that “denials of human rights and violations of international law are hidden behind a cultural smokescreen. The IPO is perhaps Israel’s prime asset in this campaign”, and that Israel’s policy toward the Palestinians “fits the UN definition of apartheid.”

The Guardian’s report states that both Orchestra chief executive Tim Walker, as well as chairman Martin Hohmann released a statement regarding the suspensions, which were meant to send a “strong and clear message that their actions will not be tolerated … the orchestra would never restrict the right of its players to express themselves freely, however such expression has to be independent of the LPO itself.”

The statement also said that the Orchestra has no desire to “end the careers” of the musicians, but that “for the LPO, music and politics to not mix.””

The move comes after protestors interrupted a performance by the Israel Philharmonic Orchestra on September 1 during an annual BBC Proms concert series.

Several demonstrators in the venue shouted as Zubin Mehta stood to conduct Bruch’s Violin Concerto, while other audience members booed in response to the protest.

Sarah Colborne, director of the Palestine Solidarity Campaign, which organised protests against the concert, said: “Would the London Philharmonic Orchestra have punished musicians speaking out against apartheid South Africa, when a similar call for boycott was supported by artists, performers and sports people internationally?

“It is staggeringly bad judgment for the LPO to be seen to be attacking musicians who are simply voicing support for human rights and defending the civil right to call for a boycott of institutions which lend strategic support to Israel’s occupation.

“If the LPO really wishes not to appear to be taking sides, and supporting an occupying nation against an occupied people, it must end the ridiculous suspension of these four musicians immediately.”