Home World TO D.C. FROM: Iran, New York and Florida 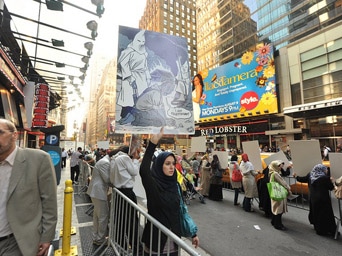 The first two reports come out of Iran and I play clean up from Florida. 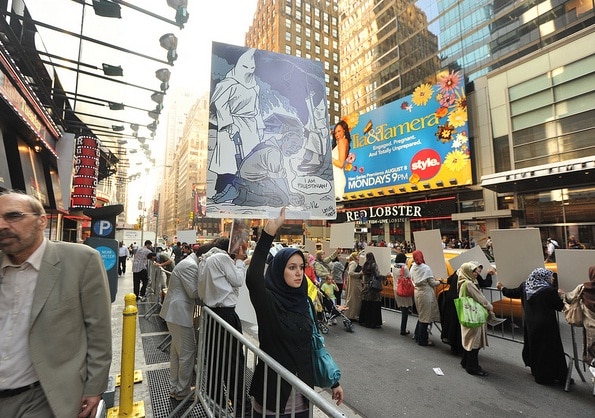 A US analyst says that the preemptive nuclear threat presented by the Israeli regime threatens European cities as well as Arab and Muslim countries that fall within range of its missiles.

In an exclusive interview with Press TV, Ralph Schoenman, author of Hidden History of Zionism, elaborates on the irony as Israel has recently signed an agreement with the European Organization for Nuclear Research (CERN).

He says that Israel’s capacity to take nuclear action against European cities is a threat against Europe’s support for the Palestinian people and any other people in the region.

Press TV: With Israel having great ties and influence with the US, is it in the best interests of the free world to upgrade its ties for the European Organization for Nuclear Research?

Schoenman: Let me first say that a category-free world is one that is certainly alien to my understanding. I think what you’re talking about is the propaganda of the United States ruling class about the imperialist agenda that it has.

And it’s not unlike the pretense that Israel is a besieged democracy that needs to have a monopoly of nuclear power when, in fact, the nuclear capacity of the Israeli state has always been used as a dagger in the heart of the Arab movement, in fact, the regional movement for national self determination.

I can tell you for my own personal experience, having met with Shimon Perez when he was the Defense Minister, and meeting with [David] Ben-Gurion, as well, in 1962 as part of a negotiation I was conducting involving Gamal Abdul Naser, Bin Qasam of Iraq, and even King Faisal of Saudi Arabia and Sam Salem in Lebanon, the Zionist leadership hadn’t the faintest interest in any such discussions what-so-ever.

As Sam Salem told me at the time, they are too busy planning the occupation of Kuwait. And the relevance of this is that I best the operations in Dimona which Shimon Perez would acknowledge them and said that they were vital for the further subsistence of the Israeli state and for its capacity to intimidate the Arab countries. They’re not ambiguous about this.

You’re talking about hundreds of nuclear warheads. In fact, if you recall the nuclear worker, Mordechai Vanunu — who had been working in Dimona and who exposed in the Sunday Times of London, at the time, the scale of the nuclear capacity and the aggressive intent on the part of the Israeli state — was kidnapped by the Israelis and held in Solitary confinement for almost 18 years.

The record of Israeli deployment of the nuclear capacity that it has involving hundreds of hydrogen bomb capable missiles integrated with the United States, constantly upgrading its capacity, linking its offensive missiles represents a threat to all the peoples of the region. No ambiguity about that.

And all that you have here is a formal enhancement of the legitimacy of the Israeli state’s menace to the peoples of the region and, indeed, of the world.

Press TV: You made a good point about Israel having the power to oppress with nuclear warheads and such forth…it’s also known that Israel is continuing to oppress the Palestinians, do they really need to have the strength of nuclear power in this situation?

Schoenman: The purpose of a nuclear capacity – repeatedly major officials of the Israeli state have spoken about the pending holocaust. They invoke the holocaust, the irony of which the Zionist movement and leadership collaborated with all the most anti-Semitic regimes including the Nazis as I’ve often discussed and documented in the Hidden History of Zionism.

The relevance of this of course is that the invocation of the holocaust, wrapping themselves in the shroud of the six million victims and fascism and of Nazi-ism all the while they were colluding with that very force, is designed to provide legitimacy to their aggressive intent. Because the second holocaust of which they speak is the punitive aggression of the Arab states who they claim are going to wipe out the Jews.

The shoe is on the other foot. The Zionist state was formed by the massacre of Palestinians from one end of the country to the other and the driving out of 850,000 people of a population of a little over 970,000.

This is the origin and nature of the Zionist state and the nuclear capacity is designed to terrorize the regional populations and the governments of these countries with the prospect of a preemptive nuclear strike by the Israeli state.

They’ve always declared their willingness to do this; they’ve menaced the countries of the world with this capacity. In this regard, they are supported and clandestinely facilitated by US military and now the European CERN (European organization for Nuclear Research) is only adding a patina of legitimacy to the facts on the ground.

And by the way, one final point about the irony of CERN. Israeli academics and officials associated with the MOSSAD have spoken often about Israel’s capacity to take nuclear action against European cities as a deterrent or as a threat against Europe’s support of the aspirations of the Palestinian people or of any of the aspirations of the regional peoples of the world to throw off the chains of imperialism and subjugation.

That’s the real reality on the ground and this is part of an attempt to stabilize the threats of these people made in the Israeli state and it should be exposed for exactly what it is.

Source: Israeli nukes a preemptive threat to all