Home WarZone The Slow Hand of Justice at The Apartheid Wall 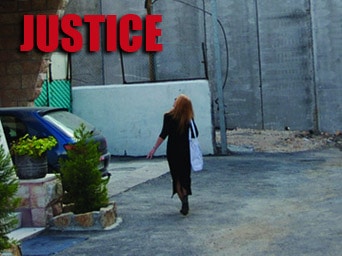 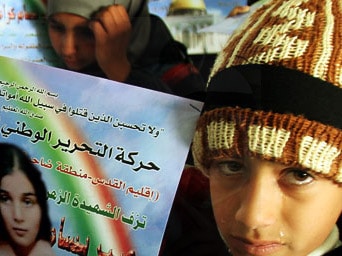 [Jerusalem]–After nearly five years since a rubber bullet fired by an Israeli border policeman killed 10 year Abir Aramin, her family was awarded $430,000 by an Israeli court.

The Israeli authorities initially insisted that a stone thrown by Palestinian protesters caused her fatal injury, but the Jerusalem district court finally ruled on the 25th of September that the state of Israel was responsible for the child’s death and Judge Orit Efal-Gabai said there was no doubt that the bullet, which struck Abir was fired in violation of orders.

On 16 January 2007, Abir Aramin, her sister and two friends were on their way to buy sweets after school in the Anata refugee camp, which is near Jerusalem on the West Bank side of the apartheid wall when she was shot in the head with a rubber bullet by the Israeli Border Police.

After three days on life support Abir’s struggle ended- but not the struggle for justice her parents have been seeking ever since. Although awarded monetary compensation for “lost years” and for burial expenses, the recognition by the Israeli court perhaps maybe the justice they have sought.

In 2007, Avichay Sharon, of Combatants for Peace stated, “Over the past two years, the Israeli Border Police and IDF forces have been creating provocations near the school district of Anata [which] has become a part of the daily routine for the children. Ever since construction started on the separation barrier surrounding Anata, the jeeps have been roaming the streets especially near the schools and shooting grenades and tear gas along with rubber bullets.

“Many children have been injured in the past by these brutal actions of the soldiers and on January 16th it became deadly. As in many other cases the police replied that the soldiers were shooting in response to stones thrown at them by children. Even though all the evidence and witnesses stated that no stones were thrown that day” the prosecution initially dismissed the Aramin family’s case, claiming lack of evidence.

Bassam Aramin, Abir’s father and co-founder of Combatants for Peace said, “I’m not going to lose my common sense, my direction, only because I’ve lost my heart, my child. I will do all I can to protect her friends, both Palestinian and Israeli. They are all our children.”

When Abir’s father, Bassam Aramin was seventeen he was sentenced to seven years in an Israeli prison for belonging to the then-outlawed Fatah movement. Although soldiers in prison had beaten him, he decided that he would not become a prisoner of hatred.

The “Combatants for Peace” are Palestinians and Israelis, who had once all been involved in perpetuating the cycle of violence-Israelis as soldiers in the Israeli army and Palestinians as part of the violent struggle to end the occupation of their homeland. All decided to put down their guns and instead work together in the good fight for justice that can bring peace through nonviolent actions by raising voices of conscience and seeking to create political pressure on both Governments to end the violence and end the military occupation of Palestine.

On one of my seven trips to Israel Palestine, in March of 2006, I visited the Anata refugee camp and saw the thirty-foot high concrete apartheid Wall at the boy’s high school that fences in around 800 Palestinian adolescents, whose only playground is a slab of cement about the square footage of a basketball court.

A resident refugee informed me that on a daily basis, “The Israeli Occupation Forces show up when the children gather in the morning or after classes. They throw percussion bombs or gas bombs into the school nearly every day! The world is sleeping; the world is hibernating and is allowing this misery to continue.”

A moment later, a teenage boy approached me as I was taking photos and asked me my name and where I was from. I cringed admitting I was American for I knew that “financed with U.S. aid at a cost of $1.5 million per mile, the Israeli wall prevents residents from receiving health care and emergency medical services. In other areas, the barrier separates farmers from their olive groves which have been their families’ sole livelihood for generations.” [1]

On 9 July 2004, the International Court of Justice/ICJ, ruled that The Wall was illegal that it must come down and also that compensation should be paid to all who have been affected.

The ICJ Judges also decided 13-2 that signatories to the Geneva Convention were obliged to enforce “compliance by Israel with international humanitarian law” and the U.N. General Assembly also passed a resolution 150-6 supporting the ICJ’s call to dismantle the wall.” [2]

Less than a five-minute car drive from Anata, I entered into an Orwellian Disney Land Colony of lush green grounds called the Pizgat Ze’ev settlement.

All the settlements/colonies in the West Bank are illegal under international law.

I was sick at heart as I traveled through the colony and counted three playgrounds and a swimming pool and wondered how many USA tax dollars helped to build them.

Within fifteen minutes after leaving Anata, as I stood next to a playground in Pizgat Ze’ev, a barrage of gunshots issued from the refugee camp and my guide informed me that the Israeli soldiers were showering the refugees with gunfire and terror, which is a ‘normal’ daily occurrence for them.

I lost it completely and sobbed uncontrollably, as I imagined the Magdalena did when she could not find her Lord.

And then I thought how Jesus cried buckets of tears over Jerusalem when he “saw the city, he wept over it and said, ‘If you had only known what would bring you peace but it is hidden from your eyes.'”- Luke 19:42

Lady Justice, the Roman Goddess of Justice, an allegorical personification of the moral force who is depicted wearing a blindfold to indicate that justice should be meted out objectively, not based in favor of- or against- ethnicity, power, or weakness, but on blind impartiality.

Following Sunday’s court ruling, the Aramin family’s lawyer told the Ynet news website: “We are happy that justice has come to light and are still working to award the family compensation for all the suffering it has gone through. [Aramin] is a peace activist whose attitude has not changed since the incident. That is one positive aspect of this story.”

Another positive aspect of this story is that the state of Israel has admitted responsibility.